For economic recovery, it is vital to give domestic consumption a major push 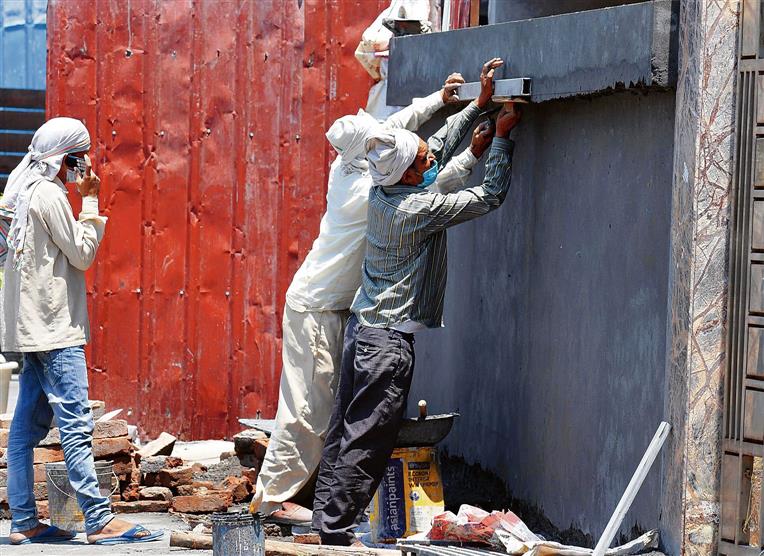 Hit Hard: The unemployment rate reached 14.7 per cent in May. Tribune photo 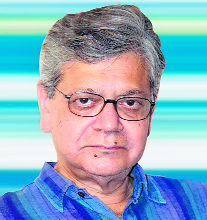 The two waves of the pandemic have created a huge army of unemployed in the country and no quick solution is in sight. The jobless will have to wait for the economy to slowly pick up as the current partial lockdowns are gradually lifted and a trickle of fresh jobs is created. Around a crore or over 10 million people have lost their jobs in the second wave of the pandemic, with the total number of jobs going down from 403 million before the pandemic started last year to 390 million today. This has made the unemployment rate reach a colossal 14.7 per cent on May 23, according to the Centre for Monitoring Indian Economy (CMIE).

The sharp rise in job losses that had occurred when the economy came to a halt as a countrywide lockdown was declared in March last year, began to abate with jobs being restored as the economy gradually opened up again further down in 2020. But even before the job recovery was complete, the process began to stall from January. And then came the second wave.

The psychological impact of more and more people losing their jobs as the year progressed made many without a job turn fatalistic and stop looking for jobs. So the labour force participation rate (those in the job market) has now come down to 40 per cent compared to the pre-pandemic rate of 42.5 per cent.

This huge level of joblessness has had its impact on the way people live. The CMIE’s periodic surveys have found that almost the entire population in the country, 97 per cent, is worse off than what it was before the pandemic hit last year. This is after adding up those who say that they are worse off and those who say they are no better off and then taking into account the impact of inflation.

The worst hit by a job loss are the daily wagers who have little to fall back upon. A huge 90 million daily wagers lost their jobs in April last year and another 36 million who were in regular formal employment suffered the same fate. As the year progressed, many of them got back to work but a considerable number of them were able to secure only non-formal jobs. So overall the quality of employment has declined. Non-formal employment means savings, particularly savings for post-retirement, being hit.

How do we get out of this calamitous situation? The core issue is there is a lack of demand. The RBI says the second wave has created a ‘demand shock’. This is the result of several factors — a lack of mobility (people could not move around because of the lockdown), fall in discretionary spending (e.g. ‘I will delay replacing my old car’) and the joblessness that we have just talked about which has taken money out of the hands of the working class.

So the critical need of the hour is to ensure that domestic consumption is given a push by putting money in the hands of people. Once they spend to regain the life they had before the pandemic came it will give the economy a push and enable it to go forward, pick up steam and create jobs again.

Who will give that push? Not householders, most of whom have got deeper into debt over the last year. Not the enterprises which are currently running at only 66 per cent capacity utilisation, giving them no incentive to spend in investment to create new capacity to meet anticipated high demand. Not the rich who are investing in the stock market which is witnessing an unseemly and unhealthy boom, even as the economy and the conditions of ordinary people are precarious.

Thus all eyes are now turned towards the Central government to give the economy a push by creating demand. But the urgency to put money in the hands of people here and now does not seem to be there. The government is saying, first use all the schemes and avenues made available in the February budget, and then, if we see the need, we will raise allocations.

The RBI is maintaining an easy money policy which is creating enough liquidity to enable businesses to borrow and invest but business sentiment does not seem to be keen on undertaking fresh investment to create new capacity. The only businesses willing to spend are the micro and small businesses which have downed shutters because of the lockdown. This took away their customers not once but twice in less than two years. So they ran out of cash, had to let their staff go (this created unemployment) as they could not pay wages and also rent. So, like the poor, these businesses also need cash support. As if all this was not bad enough, bad news has come from the inflation front. The wholesale price index shot up to 12.9 per cent in May and in its train has followed the retail index which, in the same month, has recorded an inflation of 6.3 per cent.

What this means is that inflation has broken out of the comfort zone of the RBI, which is plus-minus 2 per cent around 4 per cent. Once inflation crosses 6 per cent, the RBI should logically begin to tighten liquidity, that is put a break on creating new money when one of the cures for the presence of lack of demand is an easy monetary policy followed by the central bank.

But how do we have this conundrum — prices going up sharply at a time of lack of demand? The reasons cited for this are high fuel and commodity prices and low base effect. The last means that prices last May were unusually low as a result of the lockdown. So this is a statistical quirk which will pass. But the government has a big role to play in fuel prices going up rapidly. There is a huge tax component in the price that consumers pay while buying petrol and diesel from which both the Centre and the states benefit. The Central government is dutifully passing on the impact of high and rising international energy prices after adding the taxes.

Global commodity prices are firming up in anticipation of the major economies starting to get going again after beating the virus and the Indian Government is also dutifully passing on these hikes to the Indian consumer.

The government must liberally put cash into the hands of the poor and small businesses, stop making money out of diesel and petrol and absorb some of the rising prices of imported commodities. But there is no sign that it is ready to put in place such a policy package.