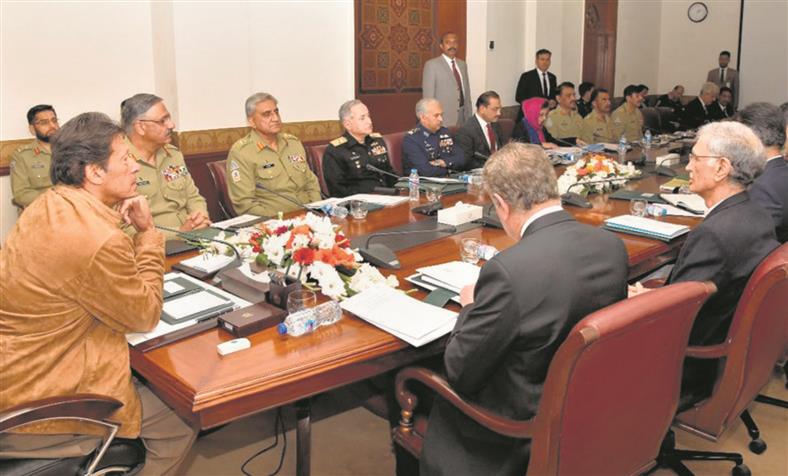 LONG ROAD: The world and the region, as also Pakistan itself, would be watching if the leadership can do what is needed to achieve the ‘vision’. AP 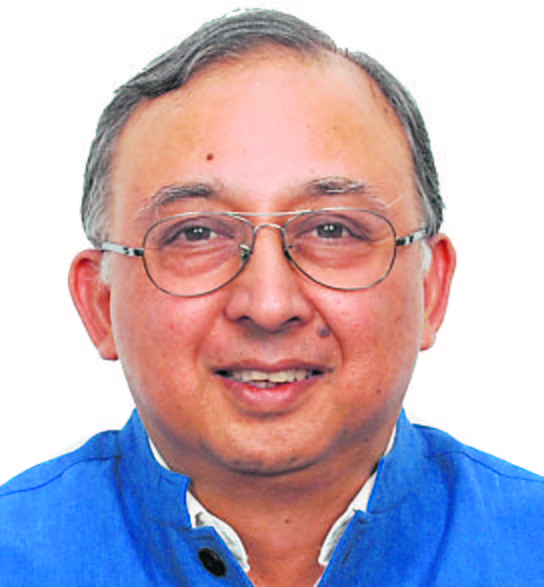 The National Security Division of Pakistan held the first-ever Islamabad Security Dialogue (ISD) on March 17-18. The aim was to divulge the new strategic direction based on a comprehensive security framework and to factor in the realities, especially economic, of the country and the region. This direction was meant to showcase Pakistan’s desire to change the narrative from ‘geopolitical contestation to geo-economic integration’ and in the process ‘recast Pakistan’s image’ as a ‘peace-loving nation and a useful member of the international community.’

The flip-flops on whether or not to import from India is a clear indication of the conflicts within Pakistan on walking the talk about a new security paradigm.

The key speakers were PM Imran Khan and army chief General Qamar Javed Bajwa. What was new in the dialogue was that instead of being stuck in the traditional grooves of ‘national security’, a euphemism for military security built on hard power (conventional and nuclear), there was a focus on non-traditional security. These elements included economic development, the role of technology and regional connectivity. Bajwa underlined this when he stated: ‘The contemporary concept of national security… is not solely a function of armed forces anymore. National security in the age of globalisation, information and connectivity has now become an all-encompassing notion; wherein, besides various elements of national power, global and regional environments also play a profound role.’ Imran Khan spoke of climate change, food insecurity and economic vulnerability as the main threats. Such an acknowledgement, if followed through, would mean a major transformation in Pakistan’s security narrative.

Underpinning such a transformation was a geo-economic vision, centred around four pillars: lasting peace within as well as outside the region, non-interference in internal matters of neighbouring countries, boosting intra-regional trade and connectivity, and sustainable peace and security through establishment of investment hubs.

The stress on geo-economics was grounded in the reality of the Pakistan economy which, if not on a ventilator, is fairly close to it. No amount of hard power can fix the economy. Being dependent on doles from brotherly countries has not only been humiliating, but also has led to Pakistan being pushed around when it came to foreign policy choices.

On India, both Imran Khan and Bajwa refrained from using the acrimonious language they have been against PM Modi. Neither did they directly mention the events of

August 5, 2019, relating to J&K, though both asserted that Kashmir, along with all bilateral issues, needed to be addressed for lasting peace and prosperity in the region. As Bajwa put it: ‘Without the resolution of Kashmir dispute through peaceful means, process of subcontinental rapprochement will always remain susceptible to derailment...’ At the same time, the key takeaway on Indo-Pak relations was Bajwa saying that Pakistan was keen to ‘bury the past and move forward.’ For this he sought help from the Biden administration. He mentioned how his country had seen the need to ‘set our own house in order’ and take action to contain and eliminate terrorism. This was a clear recognition of how vulnerable Pakistan had become to the forces of terrorism that it had used for the past few decades in support of its foreign policy objectives.

References to China were significant. Bajwa stated: ‘…only seeing Pakistan through the China-Pakistan Economic Corridor prism is misleading’. This seemed to indicate a certain distancing from China and meant to dispel the impression that Pakistan had put all its eggs in China’s basket. Two factors would have contributed to this: The early signals of the strengthening Indo-US relations under the Biden administration and the momentum of the Sino-US conflict. Pakistan would hate to be caught on the wrong side.

While articulation of a new vision is important, the real test would lie in following up with concrete proposals that match the vision and its implementation. The world and the region, as also Pakistan itself, would be watching whether the leadership walks the talk.

If this is to happen, then evidence of it should be seen in the budget that would be presented in June with substantial increases in outlays for non-traditional security. It should also be visible in a reorientation of foreign and defence policies as per the new geo-economic vision that prioritises connectivity, regional integration and trade and transit corridors. If Pakistan actually implements the vision, it would have taken important steps to reorient itself from a security state to a development state.

However, the new vision is certainly not going to go unchallenged in Pakistan, especially because of the suspicion that Pakistan may have implicitly accepted India’s actions in Kashmir. Already questions have been raised about how could there be trade, let alone a dialogue, without India restoring the status quo ante in J&K.

As a former High Commissioner put it: ‘Defeat cannot be dressed up in “geo-economics”. It can only exist in a political and geostrategic context... Similarly, a “geo-economic” initiative towards a hegemonic and intransigent India can only indicate a lack of options.’ These are strong words and underline the existence of a strong lobby for who the precondition for any engagement with India would have to be it reversing its actions on Kashmir.

The debate in Pakistan has centred on the issue of whether to resolve the Kashmir issue first and then commence trade and economic ties or vice versa or both. The flip-flops on whether or not to import sugar, cotton and yarn from India is a clear indication of the conflicts within Pakistan on walking the talk about a new security paradigm and geo-economics. It remains to be seen whether Bajwa and Imran Khan will have the courage to translate their realism and high-sounding words into reality, despite the opposition or whether the ISD would go down in history as yet another paper exercise.