An unforgettable meeting with veterans to discuss their problems, mostly related to pensions, and attending a fauji get-together 11,000 km away from home 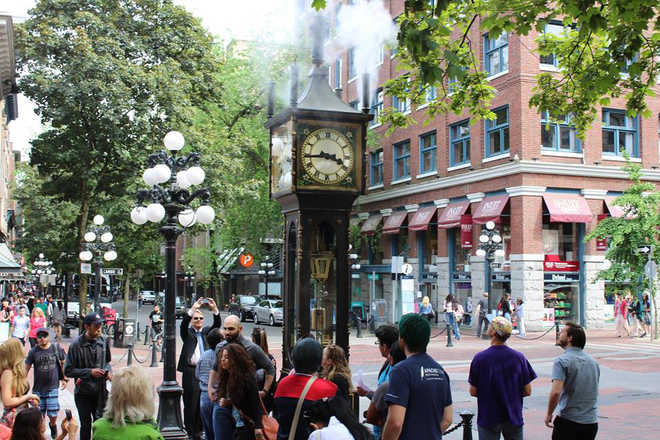 In August 2005, shortly before my assignment ended in the embassy at Washington DC, I received a call from a retired Army Colonel in Vancouver who said he was the president of the British Columbia Indian Ex-Servicemen Society. He complained that Military Attaches seldom, if ever, visited them, and that I must do so before I returned to India. Till that time, I wasn’t even aware that there was such an organisation of Indian veterans in Canada. Intrigued, I promised I would do so, but the Colonel insisted that I visit them on September 12. Thus, a month later, my wife and I landed in Vancouver after a six-hour flight from Washington.

British Columbia is an extremely beautiful part of Canada and we were looking forward to some good sightseeing. But sadly, that was not to be! The Colonel, a smart, well-dressed Sikh, informed us that the following morning there would be a meeting with our ex-servicemen to discuss their problems, mostly related to pensions, followed by a Bara Khana in the evening. The latter really took me by surprise, because for the life of me I couldn’t imagine attending a fauji Bara Khana, 11,000 km away from home.

The next day, we met with two dozen veterans, mostly all Sikhs, in a makeshift conference hall. The Colonel introduced us and thereafter, it was all pure Punjabi… it was just like being back in India in a Sikh infantry battalion! Their problems were many and my Punjabi wasn’t the best, so after a while, I handed over the meeting to my wife, who apart from being a Punjabi was also a senior civil servant in our government. Over the next two hours, she heard one complaint after another about non-release of pensions and the difficulties they faced getting their legitimate dues. It was all very upsetting and we left the meeting in a rather pensive mood.

The Bara Khana in the evening was very different. Nearly a hundred veterans, again mostly all Sikhs, sat together on tables of six and eight toasting good health to each other. It was only when the master of ceremonies, a Subedar Major, came on stage, that I realised the significance of September 12. It was Saragarhi Day, of great importance to all Sikh warriors in general, and to the Sikh Regiment in particular. It would be recalled that on September 12, 1897, hundreds of Afghans attacked the British outpost of Saragarhi in North West Frontier Province. Twenty-one soldiers of the Sikh Regiment, led by Hav Ishar Singh (portrayed by Akshay Kumar in the recent film), fought to the last man defending the fort, in one of the most courageous battles in the history of warfare.

The ‘josh’, spirit and enthusiasm amongst these veterans from Punjab was unimaginable as the Subedar Major narrated the story of the Battle of Saragarhi (which all of them would have heard multiple times before), ending in the final soul-stirring ‘Bole So Nihal, Sat Sri Akal’. This was surely India, not Vancouver!

The icing on the cake was the chance meeting with Brig Darshan Singh. No cadet of the National Defence Academy during the late 1960s can ever forget the burly head of Physical Training, especially those who were kicked off by him from the 10-metre diving board and fell spread eagled into the swimming pool below. Daka Singh, as he was then called, was sadly now a shadow of his original build, but it was such a pleasure for me to escort him to the stage and introduce him to the audience as my Ustaad! Everyone stood up and gave him a rousing round of applause.

We returned to Washington DC but my wife remained very disturbed. Over the next few months, she took it as a holy mission to ensure that our Vancouver warriors got their monetary dues. It took a while but soon after we returned to India, she received a letter from the Colonel that all the affected veterans had received lakhs of rupees as their pension arrears. What a joyful culmination of our journey to Vancouver!