Battle of the gladiators

In Mumbai police chief vs Republic TV, Arnab Goswami has much to explain 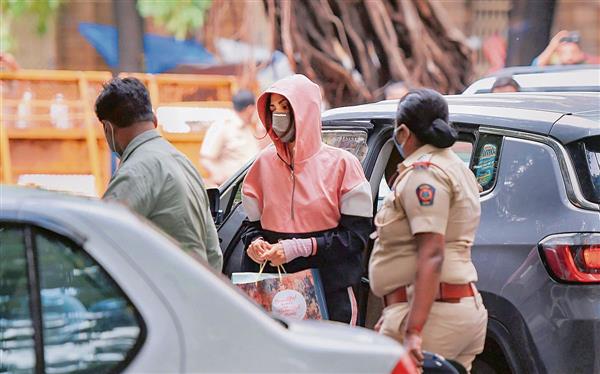 In vain: Much money, energy and time were spent by the Union Home and Finance Ministries in cornering Rhea. Was it worth it?

The tussle between Mumbai’s police chief Parambir Singh and the chief of Republic TV is going to be interesting to follow. Both protagonists are experienced gladiators who will not hesitate to fight to the finish.

Whose side am I on? Parambir’s of course! Not because he belongs to my tribe — the police — and not because Arnab Goswami’s Republic TV is accused of fixing TRPs, which might be viewed as a relatively minor crime for a gladiator, but because he carried out a vicious hate campaign on his channel against a love-obsessed young girl, Rhea Chakraborty, accusing her of a murder which never took place!

It did not require rocket science to conclude that Sushant Singh Rajput had committed suicide. His body was hanging from the ceiling of his bedroom, which had been locked from inside. The door could be opened only by a locksmith, who took over four hours to break the lock. Only a ghost could have entered the locked room and emerged after murdering the actor.

The AIIMS forensic medicine experts, seven of them, unanimously opined that Sushant’s death was due to suicide. But Rhea’s accusers are not moved. They want another set of forensics experts to re-examine the papers. I presume they will repeat the demand till one stray expert supports their say, even if that would be the height of unprofessional conduct.

I dare say the seven doctors, who unanimously opined on the post-mortem findings of the Cooper Hospital forensic team, must have been subjected to great pressure from influential quarters. Yet, they did not deflect away from their oath to Hippocrates. I admire them for that.

What motivated the Union Finance Ministry to depute the Enforcement Directorate (ED) to probe the finances of Sushant Singh Rajput? The ED found no suspicious transaction. But it came across some messages exchanged between Rhea and the actor’s domestic staff that showed that he was being supplied with narcotics. It promptly passed on this ‘critical’ information to the Narcotics Control Bureau, which then jumped into the chase of Goliaths to nab their David, the lovelorn damsel Rhea!

Initially, like many others in my city, I felt that Amit Shah and Company were after the Shiv Sena-led coalition that ruled Maharashtra. It was rumoured that Aditya Thackeray had attended a party in Sushant’s house or a party hosted by the actor. That angle seemed promising! Hence, the ED’s deployment to ferret out juicy tidbits that could unsettle the ‘aghadi’.

The subsequent registration of a cognisable offence in Bihar and the transfer of the investigation to the Home Ministry’s ‘caged parrot’, the CBI, made one suspect that the fortunes of Nitish and his ally, the BJP, were dependent on the course the inquiries into Sushant’s death would take. That, too, did not work! Even the mighty investigative agency could not, by any sleight of hand, turn an obvious suicide into a murder.

What would the accusers say was the motive for the murder in case they were able to turn white into black? Their initial suspicion of theft from the actor’s bank account was disproved by their own investigative agency, the ED. Then, why should a love-adept make the object of her desire disappear? What would Rhea gain thereby?

It is important to note that Rhea had moved out of Sushant’s house a day before his sister was to arrive there. The sister, herself, moved out a day before his suicide. Could the Rajput family’s disapproval of their boy’s love for Rhea have been the trigger that propelled Sushant to take his life? Would that amount to abetment to suicide? I doubt it. Like I also doubt that Rhea wanted her man to take his life!

If Sushant was bipolar, as admitted by several doctors who were treating him, and if he was addicted to narcotics as the NCB has established, the combination of that disease and addiction is known to load the hapless victims with suicidal tendencies. All indications point to Rhea’s innocence except the comparatively minor crime of arranging narcotics in small quantities for a loved one who, unfortunately, will suffer more if deprived of its regulated use.

Much money, energy and time were spent by the Union Home and Finance Ministries in cornering Rhea. Was it worth the while? It is learnt that even the Rajputs of Bihar were not unduly perturbed or even interested, though Nitish had opened his campaign with a reference to his government’s part in mounting the offensive on behalf of the actor. Surely, the country and Bihar faced many greater problems than that of a love story turning tragic.

What the nation would want to know is not whether Arnab Goswami has cheated on TRPs — most gladiators in our country unfortunately cheat, not in TRPs necessarily, but in the course of building their careers or their fortunes. So, what would really interest the nation, at least the thinking elements, is whether the chief anchor and head honcho has misled the nation on Sushant’s death with his eyes wide open?

Eight retired DGPs of Maharashtra have gone to the Bombay High Court in a PIL against the vicious vilification of the Mumbai Police in this very case. The court should extend the scope of its inquiry into the kangaroo courts that TV channels have become, conducting parallel proceedings to those being held as per the law in judicial courts.