Betrayal of the Constitution : The Tribune India

India’s embrace of modernity is threatened by social regression 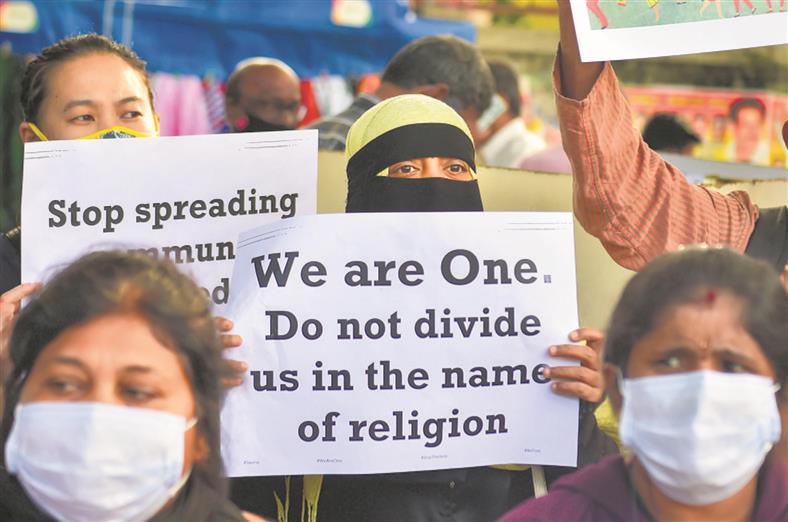 POLITICAL TOOL: By no stretch of imagination could such community or social prejudice be elevated to the category of public interest. PTI 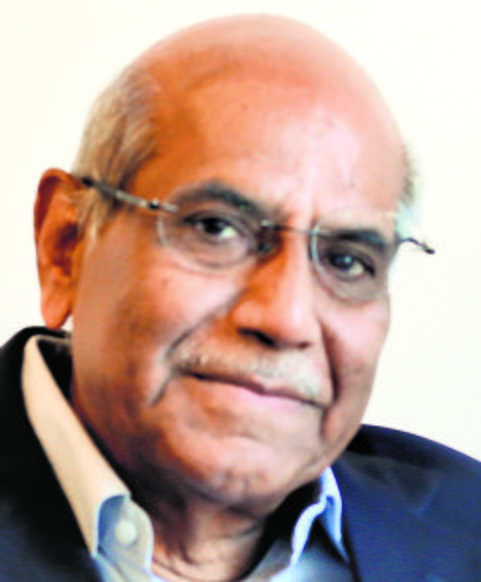 The Constitution of India envisioned its people advancing towards a modernity infused with our rich spiritual and cultural heritage, but also embracing the values of the contemporary age of science and rational thinking. The two were not antithetical because in its most elevated articulations, Indian philosophical thought placed high value on logic and sought truth from a dialectic of proposition and counter-proposition. The stress on individual rights was also in keeping with the philosophical tradition that recognised spiritual and intellectual advancement as a deeply personal exploration.

The affidavit filed by the UP Home Secretary in the Allahabad High Court betrays complicity in justifying laws that will damage the fragile fabric of society.

The exercise of individual rights may be restrained only by the laws of the land, and for safeguarding public interest. The Constitution does not recognise community-based interests, the only exception being community-based entitlements, temporary in nature, for socially disadvantaged groups. Community-based interests cannot be equated to public interest which by its very nature encompasses the interests of the people of India as a whole and which must be clearly spelt out by the State claiming that it is acting in the public interest. No community or social group may exercise a veto over the exercise of an individual's fundamental rights, by citing religious or community sensitivities. Were this permitted, then India would become an agglomeration of a myriad entitled communities, each wallowing in its own self-created world of imagined victimhood and prejudices. Any chance of advancing towards a modern society, where people are united in common citizenship, as envisaged by the Constitution, would have been forfeited.

The passage of laws by certain states that would subject inter-faith marriages among citizens to scrutiny and certification by the State is yet another example of a creeping abridgement of fundamental rights of individuals. What is noteworthy are the arguments by the UP Government in justifying this blatant intrusion into the privacy of individuals and families and interfering with the choices freely made by adult men and women on who they wish to have as their marriage partners and whether they wish to exercise their freedom in respect of choice of religious faith. The family, social group or community cannot have a veto on such decisions and the State must prevent the exercise of such veto rather than be complicit in it. Yet the affidavit filed by the UP Home Secretary in the Allahabad High Court betrays such complicity in justifying the laws.

The affidavit declares that ‘community interest is on a much higher pedestal than agreement of two individuals who enter into wedlock’. This is an overturning of the spirit of the Constitution. This would imply that no two individuals can make a decision regarding their marriage partners without seeking the sanction of the community they are a part of.

The affidavit claims that ‘community interest will always prevail over the individual interest’. It confuses issues by equating community interest to social interest and to public interest, arguing that ‘community interest is synonymous with social interest which is equivalent to public interest’. These three categories are entirely different in nature. If a particular group or community declares that its sentiments have been hurt by a particular action, which is otherwise lawful, then this cannot be a pretext for abridging someone's legitimate exercise of right, on the plea that some community interest is thereby violated. Nor can a plea be advanced that the exercise of such right may, by hurting the sentiments of a particular community or group, create a law and order problem and social unrest and hence its abridgement is justified. It is the duty of the State to deal with such a law and order problem, and punish those who perpetrate such unlawful situations rather than turn on a law-abiding citizen. By no stretch of imagination could such community or social prejudice be elevated to the category of public interest.

We have been reminded that while the Constitution guarantees fundamental rights, it also enjoins on citizens certain duties which are equally important. But some of the duties cited in the Constitution would oblige citizens to oppose the State in several of the actions it has been taking. For example, one of the duties cited in Article 51A enjoins citizens ‘to promote harmony and the spirit of common brotherhood amongst all the people of India, transcending religious, linguistic and regional or sectional diversities; to renounce practices derogatory to the dignity of women’. One other duty calls upon citizens ‘to value and preserve the rich heritage of our composite culture’; yet another asks ‘to develop the scientific temper, humanism and the spirit of inquiry and reform’. If we were to truly carry out these duties, then the current regressive trends in society, as manifest in these latest laws, should be energetically countered.

Women’s empowerment and gender equality are integral components of a modern society, and India has been making progress in this regard, though much remains to be done. We are in danger of losing even the modest progress achieved so far. The laws in question are based on the assumption that adult women, equal citizens of India, are not capable of making mature and independent decisions on something as personal and as important as choosing a life partner; that they are gullible and may be led astray or that they are unable to make the right decision because they tend to be ‘too emotional’. As has been pointed out by several commentators, this is taking us right back to the feudal age when women were treated as property and subjected to patriarchal authority. We have self-appointed vigilantes roaming the streets, giving play to their worst prejudices and communal hatred, spreading fear and anxiety among the young and families, with the law and order machinery encouraging rather than restraining them. One remains hopeful that this blatant violation of the Constitution is rejected by the judiciary before further damage is done to the fragile fabric of Indian society.