Besides the many new inductees, the BJP’s list of candidates for Bengal is interesting as the party is unusually asking MPs and a Union minister to contest the Assembly polls. The party is, therefore, putting all hands on deck. Since 2019, the BJP has not been able to replicate national results in the states. It’s also aware that the upcoming polls are crucial for the entire Opposition. 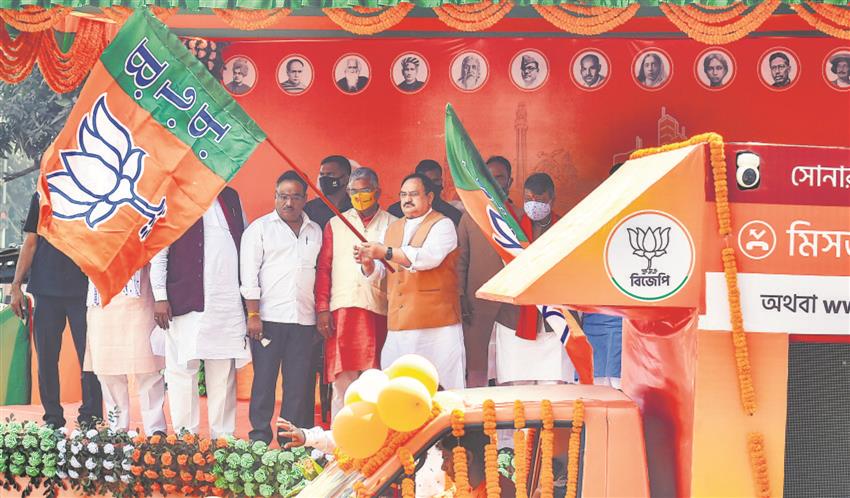 SAFFRON SURGE: The BJP as a party is unlikely to be a melting pot of opinions. PTI 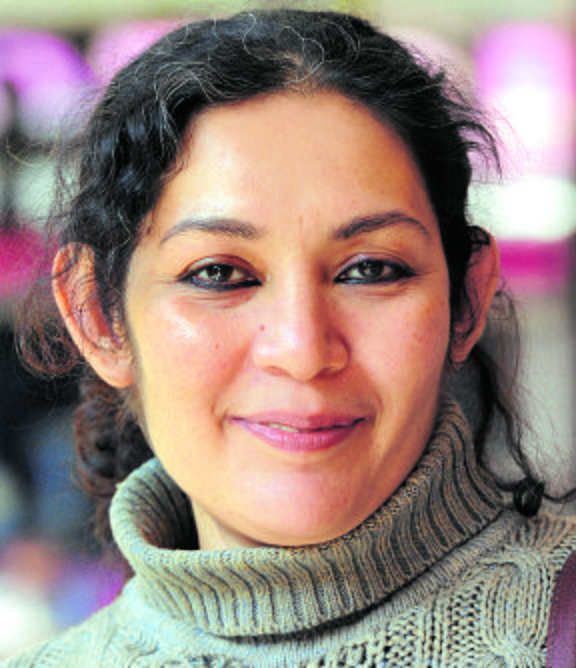 The Bharatiya Janata Party (BJP) is perceived as a distinct ideological formation helmed by a strong leader and backed by the largest cadre organisation in the world. The upcoming Assembly elections in four states, however, reveal another important facet of the BJP’s strategy in its attempt to expand its footprint in the states. The party is open to poaching members of other political parties in regions where it does not have a structural set-up. Should the party perform well in those regions, the newcomers will certainly have clout, but the jury is still out on whether the new entrants ultimately change the BJP or the party transforms them.

The argument is often made that like the Congress of the past, the BJP could be all things to all people. In British India, the Congress accommodated within itself, views from the Left to the Right, from Jawaharlal Nehru’s secular and socialist ideals to the identity thrust of four-time Congress president Madan Mohan Malaviya, who along with Lala Lajpat Rai, founded the Hindu Mahasabha in 1915. (The Mahasabha played a significant role in Hindu nationalist thinking and would later under VD Savarkar give the clearest possible blueprint of what Hindutva and Hindu Rashtra could mean).

The BJP, however, is unlikely to be a melting pot of opinions. It is for one, not an ideological formation in the making as the Congress was during the British rule and the early decades of independent India. Second, the BJP now operates as a strong ruling party at the Centre and relationships with new entrants in the states are transactional and based on electoral rewards and gains. These are both pre-poll and post-poll arrangements as the BJP has in recent times managed to form governments in states where it did not win elections, such as Karnataka, Madhya Pradesh and Goa.

Indeed, in the ongoing fierce electoral battle in West Bengal, where several members of the ruling TMC have joined the BJP, CM Mamata Banerjee would know the perils of falling short of a majority by even a few seats. For the BJP has mastered the technique of forming government by a whisker: in Karnataka and MP, for instance, defectors give up their seats as they are compelled to under the Anti-Defection Law of 1985, also referred to as the Tenth Schedule of the Constitution, brought in to address the problem of democratically elected legislators shifting allegiance from the parties they supported in the elections. The modus operandi now is that MLAs ditch their original party, resign and after the BJP has formed the government, stand again for byelections on the BJP’s symbol.

In the event of the BJP managing to win in Bengal, the party would be negotiating between its traditional ideological fraternity and many new defectors who would expect to be rewarded. Contrary to the impression that the top leadership roles in the BJP are only reserved for individuals who cut their teeth in the RSS, the party has absorbed outsiders in some states. In Assam, for instance, the current Chief Minister Sarbananda Sonowal cut his teeth in the All Assam Students Union (AASU) and till 2011, was a member of the AGP. He joined the BJP a decade ago and five of those years he has been CM. The other significant BJP leader in the state, Hemanta Biswa Sarma, was an inductee from the Congress, where he was the right hand of three-term Congress CM, Tarun Gogoi. Hemanta Biswa Sarma joined the BJP in 2015 and his Machiavellian understanding of north-east statecraft and politics is believed to have been invaluable in the BJP’s spread in the region.

In this election, he has been allowed to contest for the Assembly and that has given rise to some speculation that he could be a potential CM as the BJP has not announced one. However, in the event of victory in an election that is getting tougher than earlier anticipated, Sarbananda Sonowal is still considered a nose ahead. The saga of Hemanta Sarma is, however, interesting for other reasons: he is the classic example of a newcomer to the party taking the most hardline ideological positions on identity, the NRC, and the so called ‘Miyans’, the term for Bengali-speaking Muslims in Assam. As a strategic thinker for the BJP, when he saw that the Bengali-Assamese divide could not be entirely transformed into a Hindu-Muslim division as many Hindu Bengalis were left out of the NRC (National Register of Citizens), Hemanta Sarma was the first to back-pedal on making NRC/CAA the template for this election.

In Bengal, meanwhile, the BJP has also acquired some big names from the TMC, most notably, Suvendu Adhikari, who is now contesting against his former boss, Mamata Banerjee, from the Nandigram seat. He, too, has like a duck to water quickly taken to making statements that work on the Hindu-Muslim faultline. For instance, he stated that “Bengal will become like Kashmir if the TMC comes back to power”, implying that Muslims would call the shots in the reign of the party that he just quit months ago. He’s also comfortable with the ‘Jai Shri Ram’ slogan that some Bengali commentators argue is an import from the Hindi heartland.

Besides the many new inductees to the party, the BJP’s list of candidates for Bengal is interesting as the party is unusually asking MPs and a Union minister to contest the Assembly polls. The party is, therefore, putting all hands on deck.

Since 2019, the BJP has not been able to replicate national results in the states. But it has an incremental approach and never gives up. As a strategist says, the first election is fought to lose, the second to undercut another party and the third to win yourself. At a time when the Centre is grappling with the ongoing farmers’ stir and has been critiqued in the West for receding freedoms, the party and its national leadership are in need of an image makeover that follows a grand electoral success.

The party is aware that the upcoming polls are important psychologically for the entire Opposition. The Left is there in its last bastion, apparently poised to perform well in Kerala, regional parties are the principal players in Tamil Nadu and Bengal, while Assam is a contest between the BJP and a complex front put together by the Congress. It’s a microcosm of the entire national Opposition that is ranged against the BJP in these rounds of state polls. If the BJP does well, the Opposition’s morale will drop further; if it fares poorly, the resurrection of a national Opposition could begin.