The showdown between Twitter and the Indian govt is another marker of how tough New Delhi can get. But as long as India keeps its Net space open, trying to block contrarian opinion and protest on these platforms is a bit like standing with an umbrella to avoid a tsunami. It’s a battle the govt cannot win, short of banning the site altogether. Twitter is an American company and threatening its employees has attracted criticism in Western media.

Word war: The battle to counter dissent over the farm stir has entered cyberspace. PTI 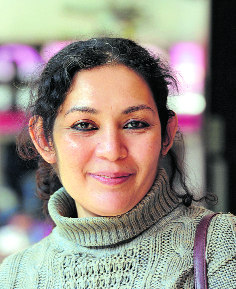 In a healthy democracy, the State is not afraid of the opinion of its citizens, be they critical of the regime. One of the classic signs of a backsliding democracy is the State seeking to criminalise or shut down amplification of opinions by those who disagree. From terra firma, the battle inevitably goes to cyber space these days.

The Indian government is currently in a battle with Twitter, the micro-blogging site with millions of subscribers. It wants to block 1,178 accounts that it says are propagating Khalistani content, in some instances backed by Pakistan. Twitter has made it an issue of free speech though it’s also begun capitulating and has reportedly blocked some 500 accounts, leaving those of journalists, activists and politicians. This is actually the first time that Twitter has taken a ‘free speech’ stance in India, possibly a result of changes in the US where it is headquartered and famously terminated the account of a sitting President Donald Trump this year, just before President Joe Biden took over.

In India, the Modi regime is faced with its biggest challenge in the ongoing agitation against the farm laws; it clearly wants to manage and counter the dissent and to do so is ready to take the battle into cyberspace. Because new media, such as Twitter, is hard to contain, supporters of the regime and prominent ministers have taken it upon themselves to shift to a made-in-India app called Koo and #BanTwitter was the hash-tag trending on, well, Twitter on February 10.

In a nation where demonetisation was abruptly announced and a national lockdown declared at four hours’ notice, it’s not impossible to imagine Twitter being banned. But it’s worth mentioning that the Prime Minister has the largest Twitter following of political leaders in office with 65 million (currently, former US President Barack Obama has the largest following in the world — 129 million). But ever since pop star Rihanna with 101 million followers (the fourth largest) put out a tweet asking “why aren’t we talking about this #FarmersProtest” along with a story about India cutting internet at protest sites, Delhi seems to have lost a certain balance.

The MEA reacted with an official statement, about “sensationalist social media hashtags’ and “poor understanding of facts”, thereby making a celeb tweet a matter of State concern. Since then, other international personalities have also tweeted about the farmers’ protest, illustrating clearly that you can’t shut down social media in an interconnected world. The counter campaign asking or compelling Indian achievers in cinema and sports to tweet identical words in support of the government’s actions was a poorly executed command performance.

The showdown between Twitter and the Indian government is another marker of how tough New Delhi can get. But as long as India keeps its Net space open, trying to block contrarian opinion and protest on these platforms is a bit like standing with an umbrella to avoid a tsunami. Organised protesters have prepared back-up Twitter IDs and intend to share information and opinion linked to the farm protest in accounts bearing other names. It’s a battle the government cannot win, short of banning the site altogether, akin to actions taken in nations that do not claim to be democratic. Twitter is an American company and threatening its employees with arrest has already attracted criticism in the Western media.

Beyond cyberspace, what is being done on the ground is to use the police to intimidate the media. Just look at the events of January alone: two journalists covering farm protests were arrested for allegedly obstructing police, FIRs were filed from BJP-ruled states against a total of 10 journalists and three Manipur journalists were arrested under the draconian UAPA for an opinion piece.

Conditions in Kashmir remain deplorable and the restoration of 4G Internet there was a reminder of how long people there were denied freedoms. This week, there were raids on the Delhi-based news website Newsclick that’s done several gritty ground reports on the farmers’ protest.

The assault on independent media is a sign of paranoia as it takes place in spite of mainstream broadcast media being overwhelmingly in support of all policies of the regime. Little wonder, India is slipping on the Democracy Index prepared by the Economist Intelligence Unit (EIU). Last week, it slipped two places in the 2020 report to land at position 53 and therefore in the category of “flawed democracy”. In 2014, India was 27 in the rankings, but has been steadily moving downwards since.

More challenges await some citizens. Any Indian who has ever applied for a passport would know that there is a police verification required. The police in Uttarakhand have declared an intention of monitoring social media posts to see if passport applicants have “anti-national sentiments” which in the current climate may be a case of supporting the farm protests or being politically opposed to the state or Central regime. There is nothing in the Passports Act that supports this, but the police can certainly impede the process. Likewise, the regime of Bihar CM Nitish Kumar, himself a product of the JP movement, has threatened a similar sort of police verification to deny protesters a government job, financial aid from the state and a passport.

A democracy at its best represents all the people all the time. We have already created an election template where we get some of the people against another set of people and mobilise voter blocs to get adequate votes to win a seat in the first-past-the-post system. One section of India’s society is all too often treated as the enemy within. With the farm protests, we are labelling other industrious citizens as hostile inhabitants of the land.

The vocal section that sees the nation embodied in an individual or a party has ironically amplified its views through the very social media platform that the government would now like to censor. The government has consistently refused to call out hate speech or fake news peddled by accounts loyal to its ideological fraternity. Indeed, it is the right wing cause that has gained the most through social media campaigns and hash-tags.

New media has played a big role in changing the nature of discourse in the post-truth age. It has promoted the worst tribalism and prejudice, but it can also be used to counter them. Democracy is not about electoral conquest that culminates in the victorious regime treating all critics as enemies of the State. If that were indeed to be the permanent state of mind, India would fall into the category that the EIU Democracy index calls authoritarianism. If India bans Twitter, the long protest, the crackdown and the state of our democracy would invite further international scrutiny.