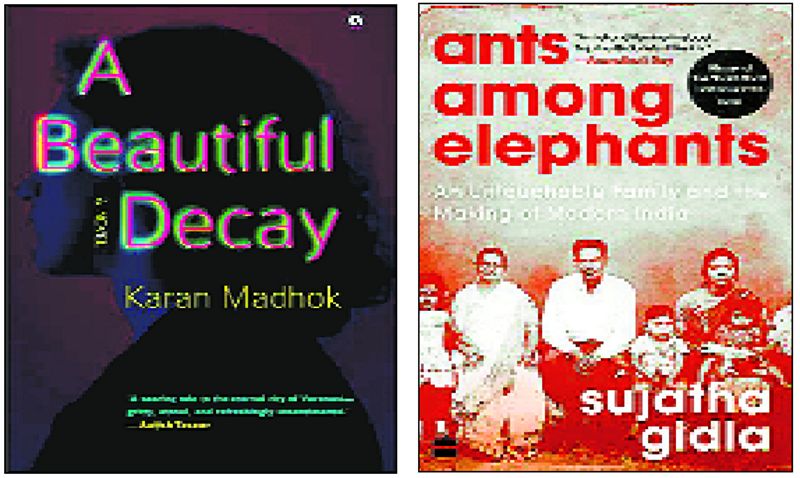 COMMENTARY: Authors Karan and Sujatha have scripted a realistic panorama. 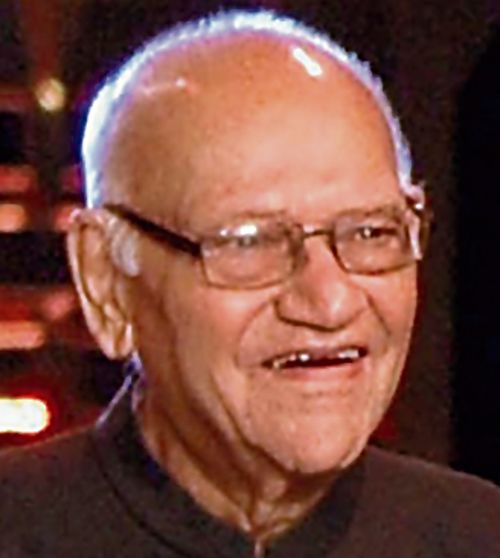 MY granddaughter in Singapore sent two books for my reading. The first was by a young Indian writing in English. He had been Shefali’s classmate in Mussoorie’s Woodstock School and she was very proud of his abilities. After reading Karan Madhok’s A Beautiful Decay, I could not agree more with the dear girl. Madhok’s very first novel is a precursor of many more to come. I am looking forward to more such novels by a very talented young man. Karan hails from an established family of Varanasi. His book is partly a commentary on the phenomenon of privilege in India.

What is of interest to the reader is the account of the lives lived by brainwashed men intent on changing the world.

Some three or four decades ago, the writer Vikram Seth travelled across China and returned to India via Tibet. He was asked where he would like to be born — India or China — if he had the choice and the opportunity. His answer was, India, if he were to be born in a family of haves — as he was — but he would opt for China if he was to be born to poor parents!

Born lucky, Karan studied in the best schools in the country. He did his undergrad studies in the US and a course in creative writing. He married an American woman working in Delhi. After she returned to the US, she was located in Washington D.C. Karan flits between Mussoorie, where he has chosen to live and write, and Washington.

In A Beautiful Decay, the protagonist, Vishnu Agarwal, also had an easy childhood. His father ran a successful business manufacturing decorative beads in Varanasi. Varanasi and Washington are places that are familiar to the author. His choice of these two cities to recount his story is based on his personal familiarity with attitudes and mores in these two cities.

He writes about ‘privilege’ and ‘entitlement’ as it pans out among the haves in India. A rich man can literally get off with murder. In the novel, a local politician helps the Senior Agarwal to solve the labour union problem in his factory by deputing a few goons to scatter the striking workers and make them run. In tense situations, the privileged in India are invariably helped. Such help is unavailable to the great mass of the population which enjoys no financial or societal heft.

The novel’s protagonist lands in the US, where religion does not generate division, like in India, but race does! Cultural differences do arise as they are bound to, but privilege does not play the same part as it does back home in India. Like any Indian studying in the US, Vishnu soon adjusts to the local culture and frequents bars, like he would have frequented the pubs if he had chosen the UK to study.

Vishnu is shot dead by a local American boy. His body is returned to India, and to his family in Varanasi. The first time the novelist makes the dead man speak out his mind and thoughts. The dead man, when he was alive, had discarded many of the cultural traits drilled into him by his parents, including what he could and what he could not eat!

The novel is well structured and well expressed. It is certainly worth a read. Keep a look out for Karan Madhok. He will blossom as a writer. There are many such budding writers. A girl from Bangalore, Madhuri Vijay, had written a novel called The Far Field which impressed me considerably. It touched on a carpet-seller from Kashmir, who her mother had befriended and in whose search she had travelled all the way to the Valley. The language was superb. The sentiments expressed therein even more.

The other book Shefali sent by courier was Ants Among Elephants by Sujatha Gidla, a Christian Dalit girl from Andhra Pradesh. She was educated in Warangal and Chennai by missionaries and later moved to the US, where she decided to write a story about the treatment meted out to Dalits in India, showcasing what her own family went through in the villages of Andhra Pradesh.

It was a life of abject, oppressive poverty, coupled with injustices that women had to suffer in a caste-ridden and male-dominated society. The language and texture of the story does not match that of A Beautiful Decay or The Far Field, but one cannot but feel the pain of the struggles undertaken by Manjula, the author’s mother.

Her uncle, Satyam, took to left-wing extremism in a big way. He became one of the founders of the People’s War Group, the most notorious of the Naxalite groups that dot the forested corridor from Andhra Pradesh to the Nepal border, where the government’s writ hardly runs. The making of an extremist who has taken to the gun to address poverty and official neglect can be gauged by this account penned by Manjula’s own daughter.

I remember Violet Alva, the then Vice-Chairperson of the Rajya Sabha, telling me that she was not surprised that one of her own sons had taken to the gun and joined the underground! Kobad Gandhi, hailing from an affluent Parsi family of Mumbai, is a more recent example of a member of the privileged class abandoning all his possessions and choosing instead a life of sheer hardship in the cause of reforming the world.

After reading Sujatha’s account of the travails of her own immediate family of Dalit Christians, one would understand why tortured souls join the underground. But if that same tortured soul reflects on what he has achieved thereby, he would have concluded that it has been a life wasted in the pursuit of the unattainable. Every force was stacked against him. Not only the government and its armed battalions, but also he had to guard his back against his own colleagues. For, even the people you intend to help and benefit can be bought over. Such is the fickleness of human nature. Vested interests are always on the look out to identify the weak links in the chain.

Sujatha asserts that her mother’s brother, Satyam, was a co-founder of the dreaded People’s War Group. That maybe so. What is of interest to the reader is the account of the lives lived by these brainwashed men intent on changing the world.