Border clusters a tactical challenge for India : The Tribune India

The latest threat to India comes from the large number of villages that China has set up along the western aspect of the border. These villages, even the new ones, are well connected by the Chinese national highways 219 and 314. The threat is that the few Indians who do live along the border might find living in the Chinese villages more attractive than living in the Indian villages, marked by lack of facilities. It is also feared that these villagers might become informers for the Chinese. 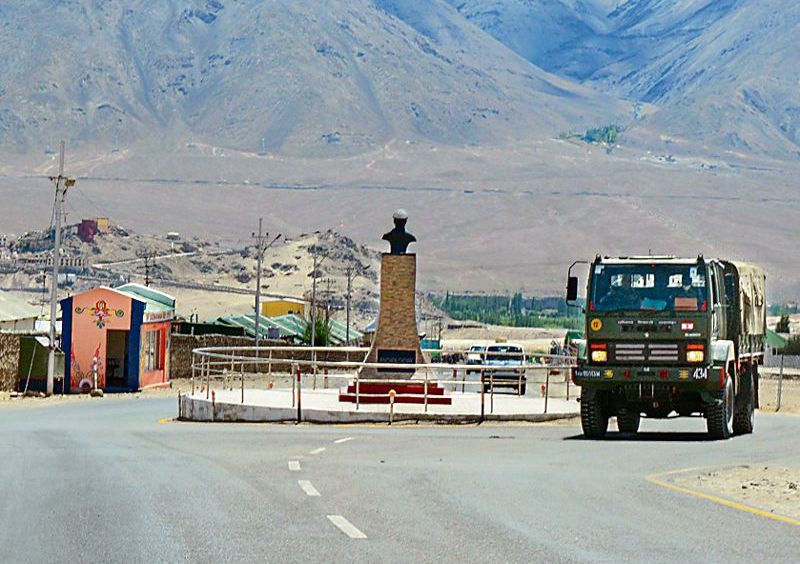 Steadfast: People along the northern borders have repeatedly shown that they do not welcome China. PTI

The takeover of Afghanistan by the Taliban has created a piquant situation for strategy analysts and the creators of foreign policy in India. The behaviour of the Islamist warlords and their underlings has spread an understandable fear among the people of Afghanistan. Recognising and understanding this fear is important for India, not just for the making of foreign policy, but more importantly, for making policies pertaining to every aspect of life within India and in relation to the people of the country.

The edit/op-ed pages of this newspaper, where some of the most robust discussions on strategy and foreign policy take place, are full of contrary views. The more nationalist of the lot insist that India can go ahead and set up systems to protect its investments in Afghanistan as also safeguard its borders from incursions by both the Chinese and Pakistan. The pragmatist camp is not so optimistic. Their writings tell us that China and Pakistan, and the Taliban, may not be so easy to manage. China particularly is projected as a great threat to India.

Interestingly, the latest threat that China poses is not because of its weapons or its military — those are issues which the Indian military is fully capable of taking care of. The latest threat from China is from the large number of villages which it is reported to have set up along the border.

For the uninitiated, it is important to know that the border between India and China is made up of vast swathes of uninhabited land which is mostly uninhabitable. It was this which dominated Nehru’s mind when he informed the MPs in Lok Sabha on April 22, 1959, that the Chinese were occupying land, perhaps Indian territory, in ‘the high mountains where nobody lives’. Nehru also wondered aloud as to why anyone like China would fight over such land. Those words today provide ammunition to Nehru-baiters who insist that Nehru did not take sufficient care of India’s interests in the high Himalayas.

Howsoever Indians of today might find fault with Nehru, the fact remains that no Indian has as yet expressed any desire to set up home in those remote Himalayan plateaus. Which is to be expected, given the fact that the civilian dwellers of the high border villages of India lead a life which is extremely difficult and provides no opportunities for growth? Being a manual labourer, or a load-bearer for the Indian Army, isn’t really a job to look forward to unless there is nothing else to do. At a time when the economy of the plains is booming and is willing to absorb all workers it can get, the men prefer to migrate to the plains rather than engage in some non-existent industry in their remote villages. At the first opportunity, the dwellers of these border villages come as close to the plains in search of work as possible and refuse to go back into the hills unless compelled by circumstances. Even the civilian government officers who are posted in these distant villages are given a hardship allowance. Most of them also spend a lot of time and energy trying to get a posting in the lower hills.

After showing China in 1967 that India was no military walkover, India did set up villages along the border in the North-east. Military veterans were given land and privileges to populate these villages. They promptly migrated down to the lower valleys to seek out better facilities. China, in the meanwhile, is reported to have succeeded in setting up villages near the North-eastern borders of India.

The latest threat to India, though, comes from the large number of villages that China has set up along the western aspect of the border. These villages, even the new ones, are well connected by the Chinese national highways 219 and 314. The threat is that the few Indians who do live along the border might find living in the Chinese villages more attractive than living in the Indian villages which are marked by lack of facilities, difficult living conditions and a rent-seeking officialdom. The threat is that then the population of these new villages would be known as ‘Chinese’ rather than ‘Indian’, thereby providing the Chinese some additional support for their claim on the land which India claims as its own or at least hopes would be allowed to remain no-man’s land. The threat also is that these villagers might become informers for the Chinese.

The one important point which does go in favour of India is that the people along the northern borders have shown, repeatedly, that they do not welcome China. Even those who rebel against India prefer to remain with India. Rebelling against the government, even armed rebellion, seems to be acceptable to friendship with China. The Nagas are a case in point. They had the chance in 1962, to accept the proffered Chinese hand of friendship. Few today recall that for seven years, the then Naga groups had run a military rebellion against India, using weapons sourced from the Chinese. Also that in the autumn of 1962, India had effectively abandoned the North-east. But the Naga insurgents refused the Chinese offer. They did not stop their rebellion against India either. But rebellion against India was preferable to being an autonomous part of China. The Nagas were wooed once again by the Chinese as recently as 2000, when Atal Bihari Vajpayee was the Prime Minister. On this occasion, the Nagas were even offered developmental assistance by the Chinese who had recently started becoming prosperous. The Nagas refused, once again. In 2017, the Chinese had become even more prosperous and could offer even more goodies. Yet, the Naga groups unambiguously rejected all Chinese allurements that would lead to the creation of an autonomous Naga sector within the People’s Republic of China; they did continue to squabble with the government on the terms and conditions for ceasing their rebellions.

A similar story played out in J-K where the local population refused to be enticed by the various offers made by Pakistan since 1951 and continued to oppose all Pakistani incursions into India. If the Indian Army continues to be successful in thwarting Pakistani incursions, much of the credit goes to the villagers who live along the border in very difficult conditions. We need to appreciate this constant support for India by the common people, not just Nagas and Kashmiris, despite the government and its administrative, economic and political elite not making much of an effort to reach out to the people. Prof Raghuvendra Tanwar in his book on Kashmir informs us that for many years after Independence, India did not even have an all-weather motorable road from Jammu to Srinagar. The main road to Srinagar went through Pakistan!

The simple point is this: the people of India have stood firmly with the country, despite the government of the country being quite careless in providing them with support. The same cannot be said about the perpetually squabbling elite of India. They are very good at siphoning off all the goodies of the land for themselves. The story of betrayal of India by her elite though is for some other time.