As to the fans baying for the blood of our young shooters — remember, our greatest shooter, Abhinav Bindra, won one medal in five Olympics. Our officials tend to count their medals before they’re minted 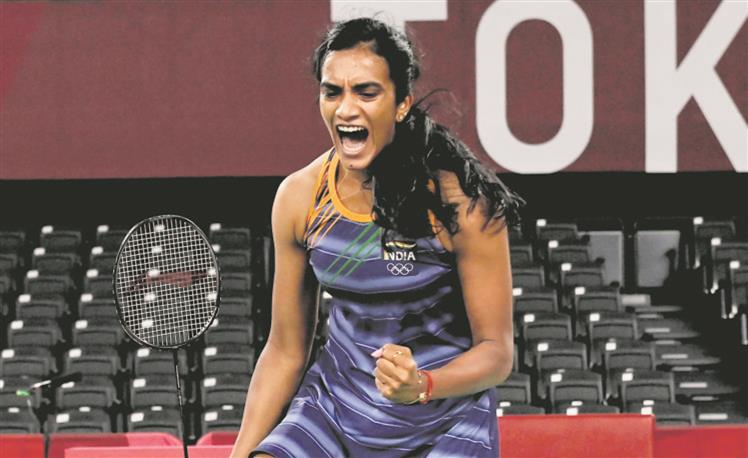 PV Sindhu’s hope of a gold has ended but she will fight for a bronze today. PTI 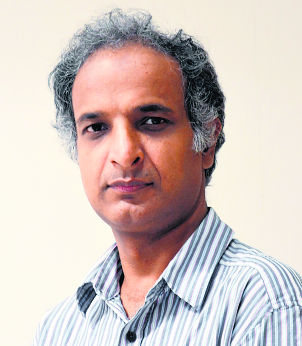 P V SINDHU gasps for breath, down on her hands and knees, taking in the oxygen that her body shrieks for after a 54-stroke rally lasted over a minute. The breathlessness of Sindhu brings to the mind’s eye the horrible dance of death played across India — the worst of which we saw in April-May-June — as millions suffered and thousands died daily. It seemed that we were experiencing collective grief then — but can anything be collective in a country of 135 crore people? Perhaps the grief wasn’t collective, perhaps it was just a manifestation of fear for one’s own self, family and friends.

The Olympics, in the midst of a Covid-19 emergency in Japan, are on in Tokyo, and we’re back to being rabidly fanatical over a medal won or mourning our humiliation in this festival of youth. The third wave of Covid-19 might be upon us soon, but our eyes are on Tokyo. Maybe it is right, too, for sport embodies life, its vitality — sport is antithetical to the ebbing of life. The animal speed of athletes, their amazing resilience, are a reminder that those who live on must carry on. Life must go on, sport must go on.

Sportspersons aren’t immune to emotion, though; Simone Biles, the greatest gymnast in the world, could not cope with the pressure of expectations in an era of segregation forced by the pandemic. How many athletes lost out on vigour and confidence after a bout of Covid-19? The case of Punjab boxer Simranjit Kaur might be just one among many — there are no certainties in sport, but before she got infected in April, she seemed a good bet for a medal in Tokyo. On her Olympics debut, though, she seemed completely listless, enervated in her bout against a good Thailand boxer, Sudaporn Seesondee. Did Covid-19 beat Simranjit before Sudaporn did?

India’s performance has been disappointing so far, to say the least. That’s the norm at the Olympics. However, the expectations this time were very high — India had sent its largest-ever contingent, much was expected from the 15 shooters among them. There were world No. 1s in the group, a gold medal was considered a certainty in the 10m mixed-gender pistol event by Manu Bhaker and Saurabh Chaudhary. But the shooters have misfired. Within the camp, unfriendly firing has begun; NRAI boss Raninder Singh declared that there will be a rehauling of the coaching set-up. Perhaps, an evaluation of the NRAI administration — the individuals who appointed these coaches — would help identify the problem, too?

As to the fans baying for the blood of our young shooters — remember, our greatest shooter, Abhinav Bindra, won one medal in five Olympics. Our officials tend to count their medals before they’re minted — we won three in Beijing and six in London, so it should be over 10 in Rio and Tokyo. No, it does not work like this. One starts from scratch every time.

There will, also, be the usual hand-wringing over our low per-capita medal-winning; high above us are tiny Kosovo, Latvia, Fiji and Serbia. But the problems are systemic and deep-rooted. Ours is a nation of malnourished people, a large majority barely getting decent food, competing in sports that have a long tradition and history in the western world. Dutee Chand, India’s best woman sprinter, was 27 kg at age 11. Then, even top nations must spend money like water to win medals — in 2012, the United Kingdom’s average spending on a cycling medal was £2.2 million, and for a swimming medal the figure was £8.4 million. So let’s be happy with what we’ve got in Japan, which is in the midst of an ‘extremely frightening’ Covid situation — to paraphrase the singer Nina Simone, “ain’t got no gold, but we’ve got life”.