Bring up to speed 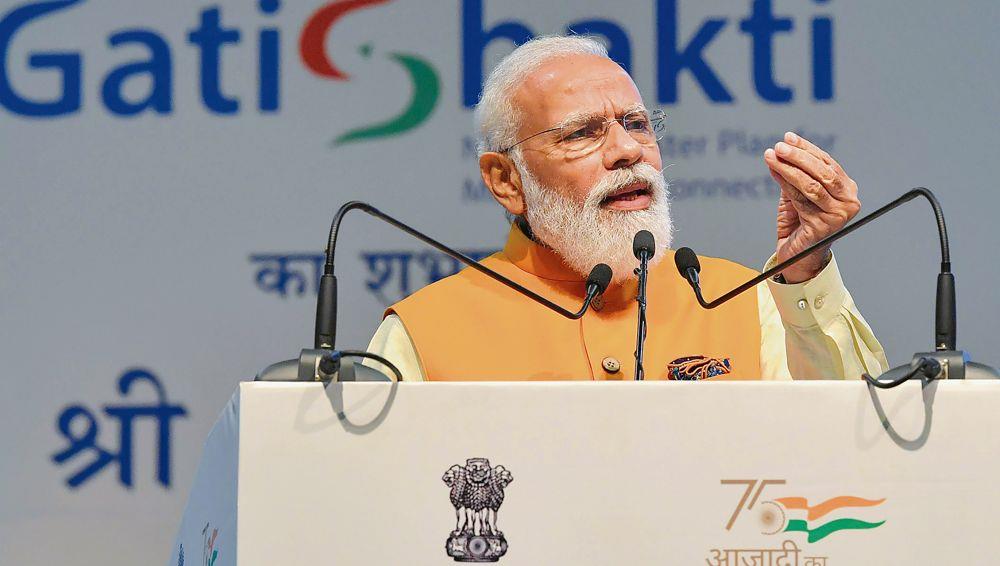 On board: It is important to make the states full stakeholders since most of the development activity takes place at their level. PTI

For a considerable period of time, I have been drawing attention to the cross-sectoral and cross-domain nature of the challenges that India confronts as it pursues its economic and developmental goals. There are strong feedback loops among different domains which must be made explicit. There are interventions which appear to offer benefits in a particular domain but are cancelled out by negative fallout in another related domain. Similarly, some interventions are rejected due to insufficient benefit in one domain but which may offer collateral benefits in other domains. If these collateral benefits were taken into account, investment in that intervention would be more than justified. Our existing accounting systems do not handle such feedback loops well. This exercise of cross-sectoral and cross-domain policy planning and intervention is all the more important today, given the overweening challenge of climate change. Virtually all project planning, especially of long-term infrastructure, must incorporate what has come to be known as ‘climate proofing’.

The initiative is still in the nature of an ad hoc mechanism. To enable cross-sectoral approaches, a radically different Allocation of Business Rules will be necessary.

Let me illustrate the importance of adopting such an approach to governance. The provision of a clean water supply is not only an aspect of water security but also of health security because contaminated water is a major contributor to ill health and disease. The use of chemical fertilisers and toxic pesticides may be important for food security but also contribute to the undermining of health security by the contamination of groundwater and the food chain. The apparent gain in food security is more than negated by losses incurred in mounting health costs. A better way of ensuring food security has to be found.

In Uttarakhand, in the vicinity of Kathgodam, there are hundreds of acres of hillsides which are covered by pine forests. These are the result of some very successful afforestation programmes. Pine was used because it is a fast-growing species and therefore the forest department targets could be more speedily achieved. However, pine needles soon carpet the forest floor, stifling undergrowth and microbial life. They also prevent the recharging of underground water because rainwater runs off the pine needle-carpeted forest floor. Water supply to downstream farmlands and inhabited areas, then, reduces over time. Most of the downstream areas near Kathgodam have abandoned villages because of lack of water. What made sense for the forest department and counted as a success story proved to have very adverse collateral consequences in terms of water security and food security but these feedback loops did not figure in governmental calculations. These examples testify to the importance of coordinated planning and implementation of government programmes and of collaborative, whole of government approaches.

It is in this context that the PM’s recent announcement of the Gati Shakti National Master Plan is to be welcomed as a step in the direction of breaking down silos within the government and creating a culture of constant interaction, and hopefully, collaboration among different agencies. Gati Shakti relates to the Rs 100 trillion infrastructure plan announced earlier and is aimed at creating ‘a world-class, seamless multi-modal transport network in India’. It will utilise a digital platform developed by ISRO, which will connect 16 ministries engaged in infrastructure development, enabling each to ‘have visibility of each other’s activities providing critical data while planning and execution of projects in a comprehensive manner. Through this, different departments will be able to prioritise their projects through cross-sectoral interventions.’

A central monitoring group will operate from the Department for Promotion of Industry and Internal Trade. In case issues arise in the execution of projects, a Group of Ministers (GoM) will be empowered to sort them out.

Gati Shakti represents major but still partial reform. The initiative is limited to achieving multi-modal transport connectivity, important in itself, but not comprehensive in scope. With the experience gained through the initiative, the government should aim to overhaul the governance system with the aim of incorporating cross-sectoral approaches across the board.

The sustainable development goals (SDGs) adopted at the UN in 2015 are an important guidepost. The 17 goals set out the key domains requiring intervention but also explicitly link goals to interventions in other domains with which there are strong feedback loops. Since India is a signatory to the SDGs, it can benefit from mainstreaming them into its economic development strategies.

In taking the Gati Shakti initiative forward, it is important to make the states full stakeholders since most of the development activity takes place at their level. Civil society is an equally important stakeholder. There should be a mechanism through which civil society views are gathered and feed-back made available to it.

When different agencies of the Centre, the state governments and even agencies at the district or municipal level propose developmental programmes, there are bound to be contradictions and conflicts. The GoM mechanism is one way of reconciling such differences but it must be serviced by a well-resourced institution that is able to assemble the necessary data and expert advice needed to come to a well-considered decision. Perhaps Niti Aayog could undertake that responsibility. For inter-state issues, it may be necessary to revive and revitalise the Inter-State Council to reconcile any differences between the Centre and states and between states themselves. Zonal councils could also have a role to play.

Gati Shakti is still in the nature of an ad hoc mechanism. The Government of India (Allocation of Business) Rules, 1961, and as amended up to January 2017, still form the basic governing structure. These rules reflect the traditional stovepipe approach. To enable cross-sectoral approaches, a radically different Allocation of Business Rules will be necessary.