Even without any stimulus, the economy will revive if the country is able to achieve herd immunity to the Covid virus. As soon as people feel confident enough to move around without any fear, demand will rise and industrial growth will step up. Though India is a hub of vaccine producers, all is not well with the healthcare sector. 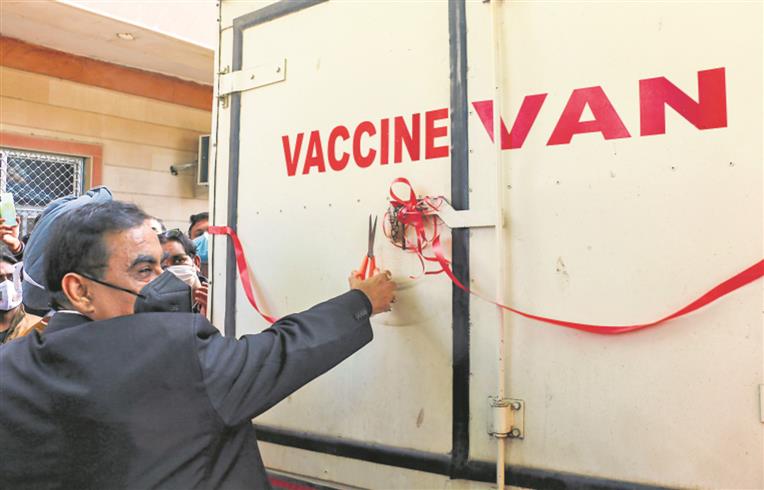 Vital vial: A successful vaccination drive could be the biggest boost to economic growth. PTI 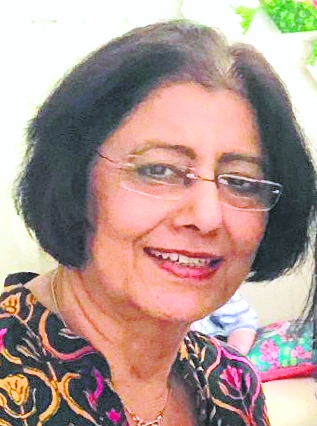 THE forthcoming Budget is the first to be presented since Independence under the shadow of a worldwide pandemic. The Finance Minister has described it as a Budget that will be like none before. This may not be true as budgets have been presented in the past in times of great global distress such as the 2008 financial crisis. But it is perhaps the first time that the government’s financial accounts will be presented to revive an economy battered by a disease, rather than by global or domestic economic developments. The Budget is, therefore, being awaited anxiously this year. Just as in the US after the presidential election, the public was looking forward to a generous stimulus package, citizens here too are waiting for a comforting recovery plan. The difference, of course, is that the US is a superpower with huge resources while India is an emerging economy facing a grave revenue shortfall in the current fiscal.

Even so, it is time for the Finance Minister to loosen the purse strings beyond the roughly one per cent of the GDP that has been expended in the relief packages unveiled in 2020. Several sectors need special attention. The first is small business. The package for small and medium enterprises that was unveiled last year was simply not enough to rescue companies that were struggling from loss of income and unable to pay employees or restart operations after the lockdown. The economic revival now being witnessed is largely an impetus coming from bigger corporates which had the resources to bear the stresses of a pandemic. The services segment, especially the hospitality sector including hotels and small restaurants, also continues to be badly hit. This sector encompasses millions of small enterprises with a vast number of formal and informal workers. Estimates are that the entire small and medium business segment employs 110 million workers but many have either closed down or reduced their workforce. No wonder the CMIE data is showing job losses at an all-time high in recent months despite the apparent economic recovery.

The credit package unveiled last year helped some small businesses, but those in the micro category and the informal segment have been overlooked completely. Units trying to avail of relief under the new scheme as well as those seeking fresh loans are facing bureaucratic hurdles, according to industry associations. A more meaningful relief package needs to be worked out for a segment that contributes as much as 30 per cent of the country’s GDP.

The second area that needs to be paid special attention in the Budget is health. It is clear that even without any stimulus, the economy will revive if the country is able to achieve herd immunity to the Covid virus. A successful vaccination drive could actually be the biggest boost to economic growth. As soon as people feel confident enough to move around without any fear, demand will automatically rise and industrial growth will step up. While it has to be said that the vaccination drive has begun well and India is lucky to be a hub of vaccine producers so that sufficient stocks are available, all is not well with the healthcare sector.

The pandemic exposed the infirmities of healthcare infrastructure, especially in smaller towns and rural areas. The dismal fact is that this country spends only 1.5 per cent of its GDP on health; Niti Aayog member Dr VK Paul concedes this is low by any standards. China’s spend on health is 5 per cent while for European countries it is 7 to 8 per cent. The result is that despite the much-vaunted pharmaceutical industry base in the country, the actual availability of healthcare services to the common man is abysmal. The Budget needs to start shifting the focus back to this basic element of development. One of the priorities should be to take care of key frontline health workers, the accredited social health activists (ASHA). During the pandemic, reports have come about these workers spending their own funds for gloves, masks and sanitisers. They were not supplied with adequate protective equipment despite being involved in contact tracing, nor were they given priority or free testing facilities. The very least that can be done is to raise the compensation and improve facilities to these critical frontline workers who have been standing in for doctors in small towns and rural areas throughout the pandemic.

The third area that merits attention is education. Here too, spending as a percentage of the GDP is only around 2.8 per cent. This is another sector where many lacunae have been exposed during the pandemic. The need for online learning has revealed that most children here do not have digital education facilities. Though India may be touted as a software superpower, the majority of schoolchildren do not have access to mobile phones, televisions or laptops to help them through the learning process. The reliance on mid-day meals as a source of nutrition has also emerged starkly as many states found that the closure of schools was affecting the health of children.

The 2021-22 Budget may end up with a wider than expected deficit and is bound to give incentives for investments in large infrastructure projects. But the time has come to pay attention to small businesses which are the biggest employers and need the maximum handholding to survive. The focus also needs to be on health and education as the pandemic has revealed the glaring shortfalls in these basic areas of development. The crisis showed that the country’s hospital infrastructure is inadequate to meet the needs of an emergency. It also showed that health workers need far more support than ever before if even the basic modicum of healthcare is to be provided to the common man. As for education, an entire generation of children will lose out unless the digital gap is bridged sooner rather than later. This Budget, thus, has to be more than just an accounting exercise; it needs to completely shift the direction of developmental goals.