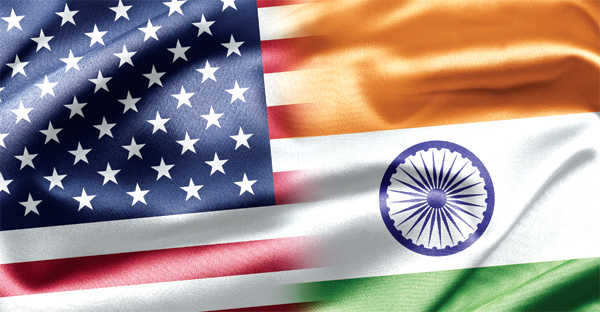 The shocking storming of Washington’s iconic Capitol a few days ago has been an eye-opener in many ways. First, it has shaken the faith of the world in the electoral process of the world’s most powerful democracy. Compared to the efficiency and orderliness with which India conducts its general elections and the smooth transfer of power from one party to another shows which democracy is really worthy of being called more mature. Second, at about the same time as Washington was going through the unruly and shameful storming of the Capitol, we in India were witness to another kind of siege: the farmers’ peaceful rally at our capital’s border. For more than 45 days, these protesters have braved the chill and wet weather of a harsh Delhi winter without any display of hooliganism or damage to any public property. In the noble Sikh tradition of langar and sewa, they even provided food and shelter for all, the police included. Truckloads of provisions are sent by sympathisers from across the region and even though some sceptics have poured scorn at the sight of them eating pizzas and getting foot massages, they have retained their dignity and held back from answering such critics in the way they probably deserve to be.

America has always held the moral high ground in all matters relating to democracy. They have rushed to ‘save’ countries from fascists and dictators. Yet, everyone knows how the Middle East (from Iran, Iraq to Yemen) has been devastated by these do-gooders. What the Americans have done in Latin America and how they treat their coloured people and immigrants is a tale best not remembered. So allow me a moment of schadenfreude as I laugh at the hypocrisy of their high-minded bombast. According to my son, who was there recently, the state of California is shocking. The city has been so devastated by Covid-19 that its death rate is among the highest in any metro city of the world. Hospitals have no space to accommodate the ill, small businesses such as cafes and local stores are boarded up, the streets overflowing with rubbish because the cleaning staff have either been laid off or are too scared to touch the garbage bags. The homeless and the poor have no access to public support systems and so many people have lost their jobs that the city, he says, feels like it has been wrecked by an earthquake or a flood.

Similar stories are pouring in from friends in the UK and Europe. Countries that were tut-tutting at developing countries and wondering how they would cope should take back all that ‘concern’ and try and fix their own broken systems. And mark my words, despite all the questions raised over the vaccines being developed in our country and whether everyone will get vaccinated or not, I have full faith that we will rise to the occasion. Our government may be wrapped in red tape, our systems in desperate need of upgradation, but when pushed to the wall, we have always done what needed to be done. Here, I must place on record deep appreciation of our medical staff and those hundreds of social workers and NGOs that have helped the poor and needy. Cynics say that we have low rates of testing and that is why the real picture is not available. But can’t we believe the evidence of our own eyes when our hospitals seem to be able to handle patients without any panic and when every neighbourhood has joined hands to help those afflicted? In my own complex, we are immediately alerted when a coronavirus case is detected and a well-practised protocol swings into action. Food and provisions are taken care of and the flat regularly sanitised. Today, we can proudly say that India is probably the safest country to be living in.

A few days before Washington’s day of shame, the outgoing US Ambassador held a press conference where he loftily pointed out that human rights and people’s sentiments must be respected. I wonder what he has to say about the civic behaviour of his own countrymen. More importantly, what can one say of a country whose outgoing President may be impeached by his own Senate and where a major debate will decide whether he can be forced to leave before January 20, the day the new President will take the oath of office. A popular joke doing the rounds on social media says that Mexico has promised to build a wall separating them from the US and that Canada is also considering doing so. There is sweet revenge somewhere for Americans being banned from entering other countries because they bring disease with them. I feel like singing that popular Mehmood song, ‘Hum kale hain to kya hua dilwale hain…’ So, as we step into 2021, join me in saying: ‘East or West, home is best!’