Centre’s farm laws are an assault on agriculture : The Tribune India

Centre’s farm laws are an assault on agriculture

An absurd exercise threatens to undermine the very basis of Indian agriculture and rural economy. The farm laws, passed with the sole intent of benefiting a select group of chosen traders, will seriously hurt India’s already precarious food situation. It will result in greater pauperisation of farmers, agriculturists and farm labourers, and impact the rural economy that thrives on agriculture. It threatens to undo whatever India has achieved in the past seven decades. 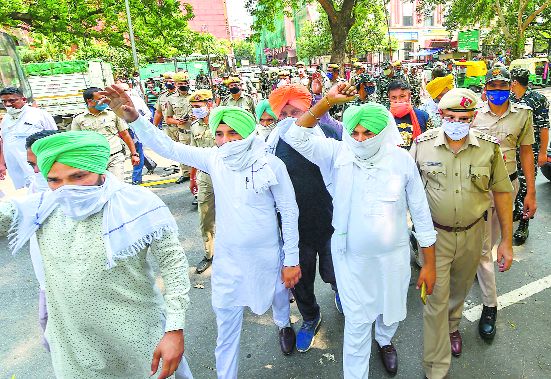 Ill-advised: The three Acts are equivalent to throwing the baby out with the bathwater. 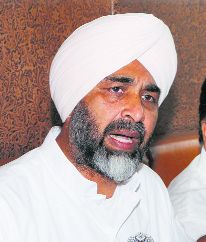 As an aspiring law student in England, I was one of the 1.9 billion who watched this global event, as 70 of the world’s biggest bands got together to raise money to combat hunger in Ethiopia.

Thirty-five years later, we are discussing hunger once again. This time, it is not Ethiopia, but India. India, the home of the Green Revolution now lags behind Ethiopia on the Global Hunger Index (GHI). The five countries ranked just above India are Tanzania, Burkina Faso, Congo, Ethiopia and Angola; while the five countries that rank just below India are Sudan, North Korea, Rwanda, Nigeria and Afghanistan.

In an alternative universe, a country facing such a ‘serious’ hunger issue would have embarked on a farmer-incentivisation programme on a massive scale, announced more state interventions to ensure better food production, procurement, storage, and distribution system, promoted farmers, and ensured adherence to time-tested norms of food procurement.

Almost simultaneously, as the nation discusses the embarrassing indicators in combating hunger, an absurd exercise is under way that threatens to undermine the very basis of Indian agriculture and rural economy. The farm laws, passed with the sole intent of benefiting a select group of chosen traders, will seriously hurt India’s already precarious food situation.

It will result in greater pauperisation of farmers, agriculturists and farm labourers, and impact the rural economy that thrives on agriculture. In fact, the farm Acts will create paupers out of farmers, and they will only benefit the elite class of commodity traders for whom stocking and hoarding are some more malevolent ways of enriching themselves at the cost of the vast majority of Indians.

Let us go beyond the Ethiopian famine almost 35 years ago. Let us revisit another moment in history in 1965. Far away from Wembley stood a frail-looking Indian Prime Minister addressing his compatriots at the Ramlila Grounds in Delhi. On that occasion, India’s second Prime Minister, Lal Bahadur Shastri, gave us a slogan: Jai Jawan, Jai Kisan.

Decades later, Indians relate to the messaging in this slogan very well. A vast majority of our jawans come from kisan families. Do not forget that the sword arm of India is nurtured in the farmlands of India.

In June this year, I went to condole the martyrdom of a soldier from Punjab who had sacrificed his life fighting enemy soldiers in the Galwan valley. The 22-year-old belonged to a small marginal farming family in Moga district, and he was one of the four bravehearts from Punjab who embraced martyrdom. Not surprisingly, most of them come from farming families or families that rely on agriculture.

This creates another challenge for the majority of Indian families. Their families’ livelihood is under attack from the ill-advised farm Bills hurriedly passed in September 2020, and their children are under attack from enemy fire.

To live up to the ideal of Jai Jawan, Jai Kisan, we need to nourish both, and while I have quoted an example from Punjab, let me reiterate that the farmer-soldier kindred is India’s backbone.

Let us travel back another 20 years to revisit a tragic page of the Indian history — the Bengal famine of the 1940s. Experts term it an anthropogenic crisis, clearly stating that the famine was caused not by crop failures but due to lopsided government policies.

The colonial empire practised a denial policy, coupled with deceitful practices by traders and commission agents, unauthorised procurement, and war-time measures. This led to distress among farmers, a burgeoning black market, and withholding of stocks, trader speculation and hoarding. The lack of state-sponsored procurement and distribution schemes and abstinence from Indian farmers and agriculturists’ interest led to one of the worst humanitarian crises in the previous century. Millions of deaths, population displacement, land grab, pauperisation, and exploitation of women and children followed. Historians opine that the Bengal famine is a faultline in Churchill’s legacy.

This was the backdrop against which India’s first Prime Minister Jawaharlal Nehru delivered a historic speech in Parliament (1952), stating: “If our food front cracks up, everything else will crack up too.”

It paved the way for India's agricultural development and became the bedrock of India’s Green Revolution. A slew of measures was pursued by successive governments, leading to the establishment of the Minimum Support Price (MSP), the establishment of farm markets, the network of mandis, and a procurement and distribution system that has stood the test of time.

Seven decades later, the three agriculture Acts of 2020 are equivalent to throwing the baby out with the bathwater. The MSP and mandi systems are the heart of the Indian agriculture. The government threatens to undo whatever India has achieved during the previous seven decades by introducing this free-for-all.

Indians are already reeling from twin assaults — the ill-advised demonetisation of 2016 and the inept response to the Covid-19 crisis. The first crisis affected our businesses like never before. The second battered the livelihoods of millions of wage earners, labourers and citizenry alike. The 2020 farm laws are the third attack, and this is an assault on Indian agriculture.

These three reckless moves are a body blow that India cannot afford. And no Live Aid concerts would be able to undo the harm.