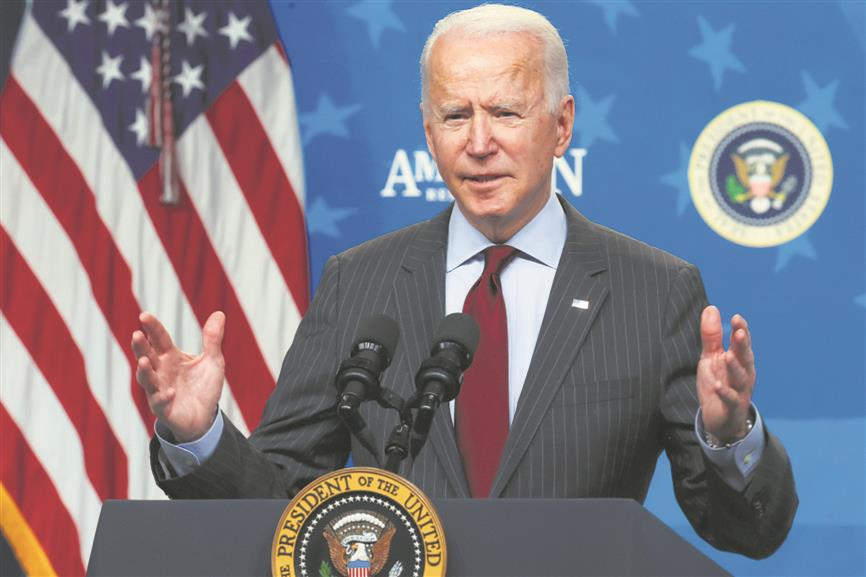 TAKING A STAND: Biden has acknowledged that democracies must confront the notion that ‘autocracy is the best way forward’. Reuters 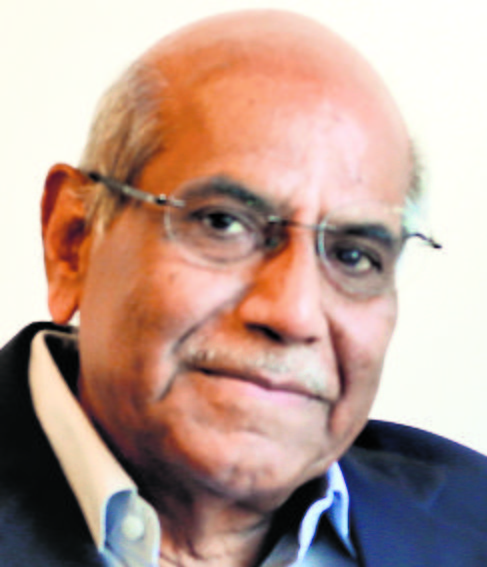 In his speech at the State Department earlier in February, US President Joe Biden spelt out the priorities for foreign policy. These included his intention to return to active global engagement, work closely with allies, promote multilateralism and uphold democratic values and human rights. He identified China as a formidable competitor and Russia as a threat but conveyed his intention to compete and, if necessary, confront but also engage with them to meet global challenges such as climate change, arms control and non-proliferation and pandemics. On specific issues, he announced an end to US support to Saudi Arabia in the civil war in Yemen and revive the Iran nuclear deal. India was not mentioned nor was Indo-Pacific. However by appointing a key adviser, Kurt Campbell, for the Indo-Pacific, it is clear that it is a region of considerable importance to the US. The convening of the 3rd ministerial meeting of Quad on February 14, reportedly at the request of Secretary of State Antony Blinken, reinforces its criticality.

After accusing India of having gone over to the ‘dark (American) side’, the latest Chinese expectations of India’s continuing non-alignment are remarkable.

He has accorded to alliance relationships, Biden attended, on February 19, an online summit of G-7 countries, all of whom are US allies and which in the past functioned as a global steering committee of a West-dominated economic and security order. While the G-7 has been supplanted by the G-20 as the premier international forum for global economic coordination, it continues to be an important consultative platform for western economies and Japan. In a communique issued after the meeting, the G-7 pledged ‘to make 2021 a turning point for multilateralism’ and to put ‘our global ambitions on climate change and the reversal of biodiversity loss at the centre of our plans’. We may expect US and Europe to coordinate their positions at the forthcoming Conference of Parties to the UN Framework Convention on Climate Change in Glasgow later this year.

Biden elaborated his foreign policy posture at the Munich Security Conference. He reiterated his intention to revive transatlantic alliances as ‘the cornerstone of all we hope to achieve in the 21st century.’ So the US-Europe alliance, in particular NATO, will occupy a central place in Biden’s foreign policy but whether the Europeans will respond remains to be seen. On competition with China and on the threat from Russia, key European countries have interests different from the US. Despite US requests to delay the EU-China investment agreement, Germany made certain that it was pushed through. On Russia, too, Germany has resisted calls to halt the Nordstream pipeline that will bring Russian gas to Europe.

Biden acknowledged that ‘democratic progress is under assault’ and that democracies must confront the notion that ‘autocracy is the best way forward.’ This implies a greater scrutiny of the democratic credentials of various states, including India.

The speech spells out Biden’s China policy. He says that one must prepare for ‘long-term strategic competition with China’ and that this competition will be ‘stiff’. However, he spells out the Chinese threat more in economic rather than security terms, unlike the portrayal of Russia as a security threat. The stress on transatlantic alliance also seems to reflect this, even though his Indo-Pacific strategy is clearly directed towards China. Is the Indo-Pacific of lower priority? Time will tell.

Biden wishes to restore US engagement with multilateral institutions and associate his country with multilateral approaches to global issues. The US has rejoined the Paris Climate Agreement and Biden will convene a climate summit on Earth Day. He has not only rejoined the WHO but also pledged $4 billion to the Covid-19 partnership initiative. We will also see the US, Europe and Japan working together to revive and reform the WTO. On both multilateral climate and trade related issues, India and the US have a record of almost adversarial relations. These must be managed so that they do not affect the more positive components in the relations. There will be pressure on India to sign up to an early peaking year for its carbon emissions and a carbon neutral year in 2050, like other major economies. Such pledges are not in India’s interest without reference to its energy security challenge and its developmental prospects. It is more important for India to formulate an ecologically sustainable strategy of growth that is different from the energy and resource intensive model adopted by China.

How is China reacting to the policy statements from the US and further crystallisation of Quad? The Chinese foreign minister has called for a ‘reset’ in US-China relations and a withdrawal of all US tariffs and trade measures against China under Trump. This is unlikely. On Quad, Chinese media has dismissed the latest meeting as a ‘toothless photo-opportunity’ and no prospect of Quad emerging as an ‘Asian NATO’. But more interesting in the wake of the ongoing disengagement of forces at the India-China border, is the Chinese view of Indian calculations in joining Quad. A Global Times editorial claims that it is not in India’s interest ‘to completely tie itself to the US’ anti-China chariot’ and that ‘although the US and India need each other to deal with China, they still have their own independent calculations’. The article goes on to say: ‘Although India is moving closer to Washington, the non-alignment core is still in India’s fundamental interest.’

A later article by a Fudan professor, Shen Yi, makes this even more explicit: ‘India is mulling over the idea to ease restrictions on investment from China as the country is mired in pandemic-induced economic recession.’ No reference here to what is happening at the border. After accusing India of having gone over to the ‘dark (American) side’, these latest expectations of India’s continuing non-alignment are remarkable. They reflect an effort to get bilateral relations on track again. But that could be a long haul.