China determined to stand by Russia

Despite the growing concern inside China that it could be the next to be targeted by the West’s sanctions, Xi Jinping’s policies towards Russia and the US are not set to change. There are numerous indications of China’s support for Russia. Domestic criticism of Xi Jinping’s policies towards the US has had little effect. During the conversation with US President Biden, Xi urged to withdraw sanctions and sought to place the onus on the US and West. 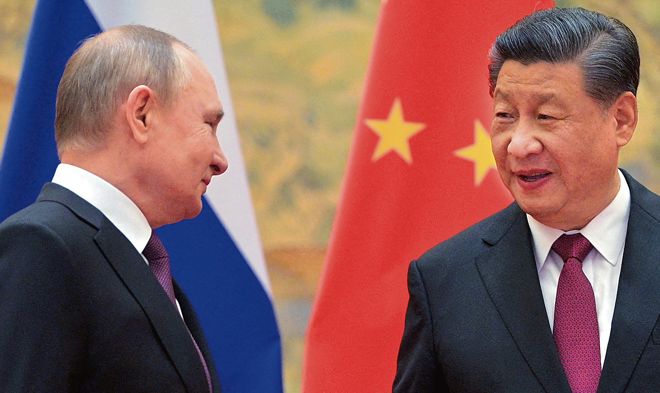 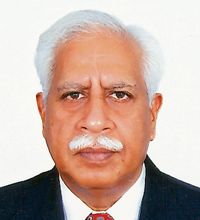 Russian President Putin’s decision to invade and wage a war on Ukraine has shaken the existing international world order. The conflict, which could be the precursor to another debilitating confrontation between the communists and the Western democracies, is already having a ripple effect across the world. As the war in Ukraine drags on, China will find itself in an inextricably difficult situation as the US and the West realise that Chinese President Xi Jinping is backing Putin’s war in Ukraine.

Coming in the wake of the Covid pandemic, the war in Ukraine has yet again highlighted the inherent vulnerabilities of global supply chains that include countries with different ideologies or a different world outlook. China, which is far more integrated into global supply chains and dependent on world trade than Russia, will be severely impacted if the US and the West impose sanctions against it. This possibility is increasing with reports suggesting that China shared intelligence given by the US with Russia and others suggesting China is preparing to send military supplies to Russia as well as assist Russia to circumvent the sanctions.

It is clear too that Xi Jinping supported Putin’s plans for Ukraine after he was briefed, or at least given a fair idea, during their summit on February 4. The joint statement issued after the Xi-Putin summit explicitly asserted that the two leaders had an “in-depth and full exchange of views on Sino-Russian relations and a series of major issues concerning international strategic security and stability in a warm and friendly atmosphere.” Importantly, the joint statement highlighted the thinking of countries like China which have sought to justify aggression against neighbours. It stated: “The two sides reiterated that they firmly support each other’s core interests and oppose external forces interfering in the internal affairs of the two countries and undermining the security and stability of the common surrounding areas of the two countries.” This argument is used by Beijing to justify its aggression against India.

At the same time, the summit brought into sharp focus the close ties bound by an almost ideological kinship between Russia and the People's Republic of China. The ideological affinity between them was emphasised in an article on China’s popular web portal Weixin on February 6. It described the joint statement more as an anti-hegemonic struggle, and said it “comprehensively criticises and denies the dominance of hegemony” and can, therefore, “be called a joint declaration against hegemony!” Xi Jinping has assiduously nurtured and enhanced relations personally with Putin and Russia. He and Putin have both been raised and moulded deep inside their respective communist parties and share similar global ambitions.

Of China’s various levels of partnership with countries, the highest formulation, “Comprehensive strategic partnership coordination relations”, is used only to describe its relationship with Russia. The only other country with a separate stand-alone relationship is Pakistan. Describing the depth of Sino-Russian relations, a senior Russian diplomat has said that the two sides consult each other on each issue before taking a step. More recently, the joint statement reiterated that there is “no limit” to China-Russia friendship.

It is no surprise, therefore, that despite the growing concern inside China that it could be the next to be targeted by the West’s sanctions, Xi Jinping’s policies towards Russia and the US are not set to change. There are numerous indications of China’s support for Russia. Domestic criticism of Xi Jinping’s policy towards the US has had little effect.

During the conversation between US President Biden and Xi Jinping on March 18, there was no indication of any shift in China’s position. On the contrary, Xi Jinping urged Biden to withdraw the sanctions and sought to place the onus on the US and West by saying, “He who tied the bell to the tiger must take it off.”

The Chinese position was again unequivocally emphasised the same day in a front-page article in the English-language Chinese Communist Party (CCP)-owned Global Times. Captioned “China-Russia relations, the most important strategic asset that cannot be damaged by US provocation”, it criticised the US. Expressing support to Russia, the article declared: “NATO’s eastward expansion is the root cause of Russia’s anger and military operation in Ukraine” It added that it is “unreasonable and insidious” for the US to expect China to denounce Russia and ask it “to bear the responsibility for the fatal strategic mistake the US and NATO made in the construction of so-called European security”. Advising against leaning on Moscow, it said this “will only undermine the China-Russia relationship and sabotage mutual trust, which will be a huge strategic loss to both sides.” Expressing the CCP’s policy, the article declared: “The China-Russia comprehensive strategic partnership of coordination has withstood the test of time and is rock-solid. It’s China’s most important and stable diplomatic strategic asset that cannot be damaged.”

There are other instances of support to Russia. Beijing-based Liu Xin, a prominent journalist on China’s state-owned CGTN, reacted to US pressure and tweeted: “Can you help me fight your friend so that I can concentrate on fighting you later?” On March 16, Xue Hanqin, China’s appointee to the UN’s top court, along with her Russian peer, cast the only votes against Ukraine’s case calling for an immediate end to Russia’s military operation.

While Chinese expressions of support to Russia are carefully worded to stave off the possibility of sanctions, Xi Jinping will be loath to see Putin ousted, or considerably diminished, consequent to Russia being compelled to yield concessions. China will not want to face the uncomfortable prospect of being the sole challenger to US power.