China in a tight spot : The Tribune India

China in a tight spot

Confrontational politics with US leading to economic difficulties and isolation 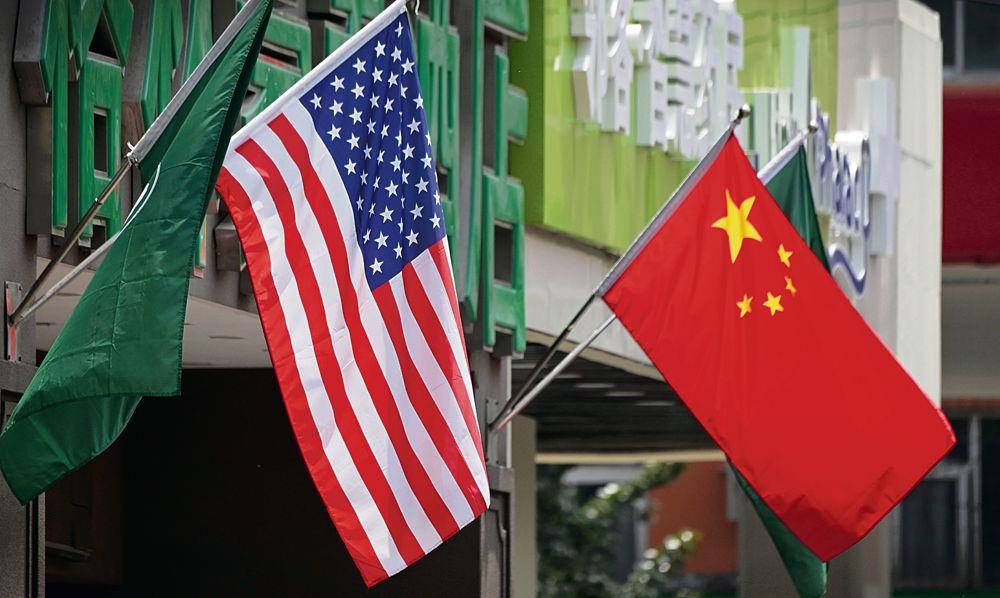 Under strain: Downslide in relations with America has alarmed China’s leaders.

China’s leaders are getting increasingly ‘alarmed’ at the rapidly deteriorating Sino-US relations. The Editor-in-Chief of the Chinese Communist Party (CCP)-owned Global Times, Hu Xijin aptly encapsulated these fears on his Weibo account in May when he said: “Honestly, America today won’t back off before crippling China!”

Many Chinese intellectuals, academics and strategists have warned Chinese President Xi Jinping since 2017 that discarding Deng Xiaoping’s policy of “lie low, bide your time” was premature and that his assertive, and often confrontational, foreign policy, especially with the United States, will lead to economic difficulties and China’s isolation. The coronavirus pandemic precipitated matters generating a huge surge in global anti-China sentiment. The Chinese Institutes of Contemporary International Relations (CICIR), a think-tank of China’s Ministry of State Security (MoSS), reportedly warned Xi Jinping and the Politburo this April that Beijing faces a wave of anti-China sentiment led by the US and needs to be prepared in a worst case scenario for armed confrontation between the two global powers. It said the US also aimed to undercut the CCP by undermining public confidence.

Higher echelon CCP cadres are, meanwhile, preparing for a sharp escalation in Sino-US tensions. Their thinking is reflected to some extent in a paper by Zhou Li, former Deputy Minister in the CCP Central Committee’s (CC) powerful International Liaison Department and presently senior researcher at the Chongyang Institute of Financial Research of Renmin University and Director of the China-Russia Humanities Exchange Research Centre. It was published on June 29, by the Chinese Academy of Social Sciences. Acknowledging Xi Jinping’s leadership, Zhou Li observed that the pandemic had significantly increased instability and uncertainty and added new difficulties and challenges to economic and social development and resumption of production globally.

Stressing the importance of ideological preparations, Zhou Li listed six measures that China should take to respond to the changes in the international environment. He said China must prepare for “full escalation of the struggle” in Sino-US relations. Enumerating the string of punitive actions taken by the Trump Administration, he anticipated that many more would follow and forecast that ‘decoupling’ is ultimately inevitable. He said the ‘difficulties and challenges China will face will be unprecedentedly complex and unprecedentedly severe’ as the “US ruling authorities continue to impose progressive and omni-directional, multi-disciplinary crackdowns”. He cautioned that it is especially necessary to guard against the US pursuing claims against China.

In a similar vein, he warned of the economic difficulties confronting China and recommended that it accelerate efforts to get rid of the hegemony of the dollar and internationalise and decouple the renminbi from the dollar as the US’s international monopoly on the dollar would gravely threaten China’s next steps. He identified two problems: the diminishing value of US dollar assets as the US Administration prints more dollar bills, and US control over the Global Interbank Financial Telecommunications Association

(SWIFT). The latter could adversely affect monetary transactions with China’s energy suppliers. Pointing out that ‘shutdowns’ and ‘closures of cities’ have resulted in a sharp decline in the demand for intermediate and consumer products, he said China needs to cope with the disruption of industrial and supply chains. Its foreign trade export enterprises have greatly reduced orders, production of upstream and downstream enterprises has stalled and international transportation logistics have been disrupted. Together with the unavailability of raw materials and unreliability in deliveries, this has exerted tremendous pressure on growth and employment. He recommended that China promote infrastructure projects within and compete and cooperate internationally under the ‘new situation’.

Zhou Li anticipated that global food production will drop 30% this year and be further impacted by disruptions in supply, demand and circulation caused by the pandemic. Asserting that China must prepare for the crisis, he said major food-producing countries face large-scale harvest failure due to various factors. Prices of major grains like corn, soybeans and wheat have risen by 30% to 50%, exacerbated by international speculation. Many countries have suspended exports or formulated quotas and strengthened controls on the grain market. He said the food crisis will cause social unrest in more countries. China, as the world’s largest importer of soybeans, will be directly affected and must step up food production. It should increase policy support and subsidies for grain production, improve the grain reserve control system and promote international cooperation in agriculture.

Pointing to the many uncertainties about the development of a vaccine and whether the pandemic can be effectively controlled, he recommended that China remain fully mobilised with reserves of anti-epidemic material, medical support etc. It must revamp the public health emergency management and treatment systems and clean up and reorganise food wholesale markets in large and medium-sized cities to eliminate possible sources of infection.

Finally, he anticipated the resurgence of international terrorism and said China must prepare for it as extremist forces turn to the Internet to promote Islamic extreme religious ideas, anti-China speeches to incite hatred, instigate and plan terrorist and biochemical attacks. Some forces, he claimed, actually cooperated with the US to stigmatise China on the source of the virus and discredit it on issues concerning Xinjiang. Zhou Li suggested that China strengthen international counter-terrorism cooperation, especially with the Shanghai Cooperation Organization, BRICS, ASEAN Regional Forum, and the ‘Global Counter-Terrorism Forum’.

Zhou Li’s paper indicates that growing strains in Sino-US relations have put China under considerable economic pressure. This has the potential to fan popular dissatisfaction denting Xi Jinping’s image and raise questions about the CCP’s legitimacy.