While the deal has significant support among Iran’s business community and at multiple levels of the government, others in Iran do not consider China a stable partner, since it has pulled out of deals in the past. China’s track record of actual investments in various countries is barely 6 per cent of its committed amounts. Former Iranian President Mahmoud Ahmadinejad called it a suspicious secret deal that the people of Iran would never approve of. 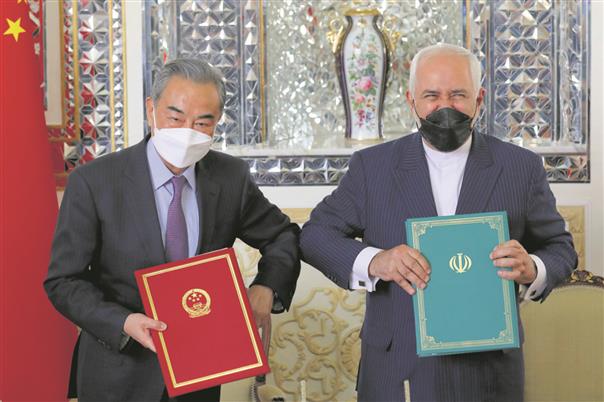 OUTREACH: The deal — signed on the 50th anniversary of the establishment of diplomatic relations between China and Iran — has been under negotiation since 2016. AP 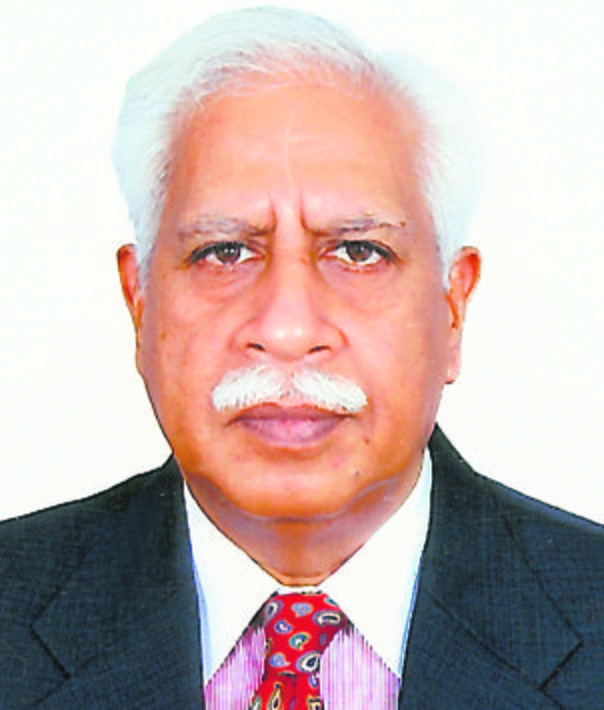 WITH tensions between the US and China rising, both countries are trying to consolidate their relationship with other nations.

After the high-level US-China talks in Alaska earlier this year did not go as well as China had hoped, Beijing has increased its moves in the Middle East, the Gulf and Africa.

Barely a few days after the Alaska meeting, China signed an agreement with Iran to increase cooperation and trade over the next 25 years. The deal, signed in late March, grabbed global attention because it coincided with the Vienna talks to revive the US-Iran nuclear deal.

The deal marks the first time that Iran has signed such a lengthy agreement with a major world power. Indicating its importance, Iran’s state-run TV telecast the signing live.

China’s interest in Iran dates back to 1979 when it quickly recognised the new Islamic regime and began assisting the development of its military, and clandestinely, its nuclear capabilities. At that time, however, China was not strong enough and avoided antagonising the US or Israel, with whom it was trying to improve relations. Similarly, it avoided involvement in the Iran-Iraq War. After sanctions were imposed, China reduced imports of Iranian oil and gas because of US pressure. Nonetheless it preserved its relations with Tehran and admitted Iran into the Shanghai Cooperation Organisation as an ‘observer’.

As China’s national power has grown, the country has become more assertive. The current deal would help China increase its influence over oil-rich Iran, give it a say in the West Asia region which has for so long been dominated by the US and expand the operational reach of its navy to these strategic waters.

After eight years of courting the West with nothing to show for it, the deal allows Iran to build closer ties with China to balance Washington’s clout. China is Iran’s top oil importer and a lifeline for its economy that has been battered by sanctions and diplomatic isolation. China will not only give Iran a stable market for its oil but also allow it room to posture and negotiate with the US. As a former Iranian diplomat observed, “Every road is closed to Iran. The only path open is China. Whatever it is, until sanctions are lifted, this deal is the best option”.

While the text of the agreement is unlikely to be published — although a draft was leaked last summer — reports say that China could invest up to $400 billion in Iran’s energy and transportation sectors in return for heavily discounted supplies of crude oil for the next 25 years. Although China has said the agreement does not include any specific contracts and goals, the energy-hungry country will be able to secure reliable, long-term supplies of oil and erode the US’s “petrodollar hegemony” by persuading Middle Eastern suppliers to accept payments in renminbi. China would also stand to gain significantly if Iran signs on to the Belt and Road Initiative with possible finance from Chinese banks.

According to OilPrice.com, senior sources close to the Iranian government have indicated that China could use the end of the global arms embargo on Iran — ending on October 18 —to fast-track its military presence in the region. One of its priorities would be to ensure that Chinese and Russian firms which continue to work in Iran despite US sanctions are not vulnerable to attack. Five thousand Chinese soldiers could also be sent to Iran to oversee the ‘security’ of Chinese projects as well as of the military hardware and personnel that have been deployed there.

The sources add that China is planning to build one of the world’s largest intelligence gathering stations at Chabahar port at the entrance to the Straits of Hormuz and the Persian Gulf. This espionage hub could include Chinese and Russian technology with a nearly 5,000-km radius range and about 1,000 staffers. Dual-use facilities could also be created at Iran’s key ports of Chabahar, Bandar-e-Bushehr and Bandar Abbas.

Whether China genuinely intends to fulfil these expectations, or do just enough to ensure its oil supplies are maintained and Chinese warships are able to use Iran’s ports, is uncertain. What is definite, however, is that many countries will keep a close watch on China’s activities in Iran, especially given its strategic location. Beijing will need to tread carefully as any sign of Chinese military-related activity or joint Russian-Chinese activity is bound to invite a sharp and swift response.

While the deal has significant support among Iran’s business community and at multiple levels of the government, others in Iran do not consider China a stable partner, since it has pulled out of deals in the past. China’s track record of actual investments in various countries is barely 6 per cent of its committed amounts.

Former Iranian President Mahmoud Ahmadinejad called it a suspicious secret deal that the people of Iran would never approve of — it is yet to be presented to the Iranian Parliament. Protests have erupted in Iranian cities against “selling out” the country to China. Social media showed people chanting “Iran is not for sale” outside Parliament, while in Isfahan there were slogans such as “China get out of Iran” and “we want the 25-year agreement cancelled.”

The deal — signed on the 50th anniversary of the establishment of diplomatic relations between the two countries — has been under negotiation since 2016, when Chinese President Xi Jinping visited Tehran. The Iranian Foreign Minister has also visited China numerous times, testifying to the importance Tehran attached to the negotiations.

Regardless of whether this agreement finally materialises or not, it does reveal the ambitions of both countries.