The China-Iran tie-up underscores all that is wrong with India’s diplomacy. India looks increasingly like a beached whale, while an exciting, transformative geopolitical landscape is appearing in the Indian Ocean. China sees seamless possibilities in strategic partnership with Iran. 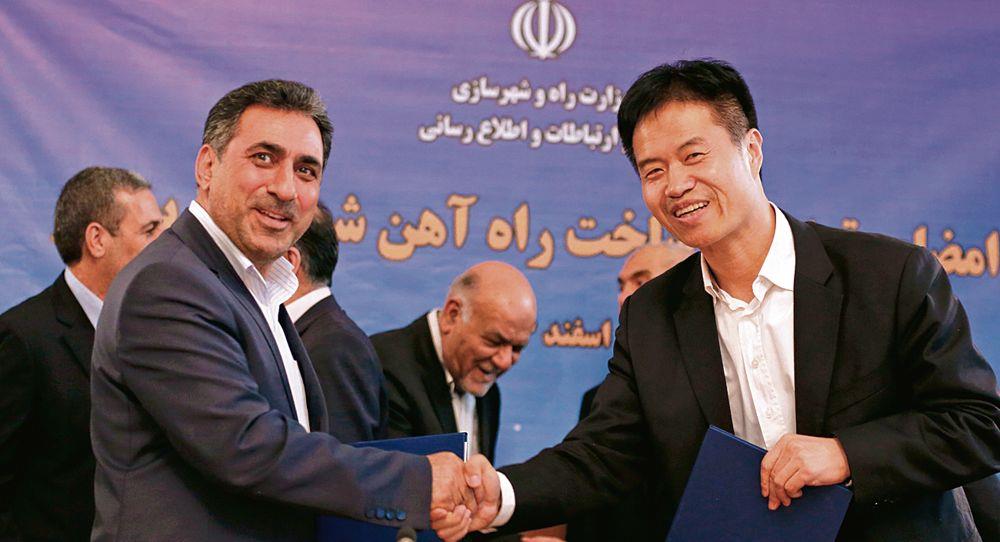 Iran makes a difficult partner for a dominating big power but is a natural ally in an equal relationship. What Iran cherished most about India was its strategic autonomy and independent foreign policy. When India changed, the relationship changed. Ironically, the best years of that relationship straddled the commencement of India’s ties with Israel and the turnaround in US-Indian ‘post-Soviet’ relationship. But Tehran never bore a grudge. The mutual trust remained intact so long as we took care not to trample upon Iran’s core interests or let predators come down into town to prey — which Tehran reciprocated. Those were halcyon days.

Therefore, India should try to understand the impending 25-year cooperation agreement dubbed Sino-Iranian Comprehensive Strategic Partnership. But there’s much more to it than meets the eye. Indian analysts are not even aware that Beijing is also negotiating comprehensive partnership agreements with Saudi Arabia and the UAE, Iran’s archetypal rivals.

Han Zheng, politburo standing committee member of the Chinese Communist Party and senior vice-premier is reportedly handling the partnership negotiations with Saudi Arabia while Yang Jiechi, politburo member who also holds the key position of director of the office of foreign affairs of the party’s central committee, is steering negotiations with the UAE. To be sure, Beijing attaches the highest importance to its partnerships with Riyadh and Abu Dhabi.

China has no ‘favourites’ in the region. Congruence of interests, rationally determined from long-term perspective, provides the bedrock of China’s regional policies. China pursues a balanced approach to the Persian Gulf region. Saudi Arabia was its chosen partner to build China’s strategic oil reserve. But the UAE is the frontline of China’s expanding influence in the region. The UAE fascinates Beijing not only as a transport and trade hub that links east and west, but also as aspirant to a brave new world.

The UAE state-run telecommunications companies have awarded 5G cellular network contracts to Huawei. The biggest Covid-19 testing facility outside China is located in Abu Dhabi, a joint venture between Chinese genomics company BGI and the UAE’s artificial intelligence group G42, which is linked to the Emirati royal family.

Turn to Iran, which is in economic distress today due to the US sanctions and the pandemic, and stands to gain if it integrates into the Belt and Road Initiative (BRI). The proposed $400-billion agreement with China envisages hundreds of development projects. It addresses Iran’s growing financial and infrastructure needs, and serves the Chinese companies and tech giants’ commercial interests. The capital injection that BRI provides will help fill Iran’s technological development gap as well as provide a new avenue of growth for its transportation system, oil, gas and petrochemical sectors, and ports and industrial zones.

China sees seamless possibilities in the strategic partnership with Iran. It locks in a cheap oil supply and vast natural resources, and an untapped market. In this geo-strategic balancing, both benefit. Succinctly put, China’s Iran policy is influenced by its growing footprint in the Persian Gulf, where Beijing is carefully building a presence based on diversified relationships with regional actors, and with an eye on its global confrontation with the US.

Even if only a fraction of what is envisaged under the proposed Sino-Iranian agreement comes to fruition, it poses a lethal challenge to the Trump administration's ‘maximum pressure’ campaign towards Tehran. Make no mistake, Beijing is remarkably successful in leveraging economic influence in statecraft. And the UN embargo on transfer of military technology to Iran is expiring in October.

Iran’s induction into BRI connects it with CPEC. This will strengthen CPEC’s resilience and change the trajectory of Iran-Pakistan ties. Last week, China initiated a regional forum with the Central Asian region called ‘China+Central Asia’ (C+C5). The C+C5 ministers — Kazakhstan, Kyrgyzstan, Tajikistan, Turkmenistan and Uzbekistan — agreed at their videoconference on July 16 to ‘promote the alignment of BRI to build interconnected partnerships, deepen pragmatic cooperation in various fields, carry out effective investment cooperation, and jointly promote the recovery and development of economy.’

A BRI economic corridor connecting China with Iran across the steppes could significantly ease China’s ‘Malacca dilemma’. However, the most creative part of China-Iran strategic partnership will be the use of yuan in their planned commodity transaction payments. It brings the partnership out of the purview of Western banks and US sanctions.

When an energy superpower takes to yuan currency transactions with the world’s number one energy guzzler, it is most certainly big-time news. ‘Petrodollar’, pillar of Western banking system, may get shaky, which has implications for the US economy. Unsurprisingly, Washington is desperate to get Tehran to the negotiating table. A spate of bomb explosions in Iran recently hints at US covert operations to pile pressure.

The Sino-Iranian saga underscores what is wrong with India’s diplomacy. In 2016, PM Modi and President Xi Jinping visited Tehran to reset their countries’ ties in the wake of the 2015 Iran N-deal that lifted UN sanctions. Chinese diplomacy since raced ahead and India is a dot on its rearview mirror. This happened while India was transitioning as a quasi-ally of the US, and buying up the dream stuff — the Ratnagiri project, et al — that America’s regional allies were merchandising. India looks increasingly like a beached whale, while an exciting, transformative geopolitical landscape is appearing right in the Arabian Sea in the Indian Ocean. India should be extremely wary of taking yet another audacious leap into the dark — in the South China Sea.