China on mind, US reboots its priorities

As the gap between its power and that of China grows, India needs the US to balance China in the South Asia-Indian Ocean Region. The Indian contribution, military or economic, towards a strong American Indo-Pacific strategy appears more nebulous. This is an asymmetry which cannot but have real-life consequences. India should not assume that antipathy to China alone will be the over-riding factor in the US global policy. 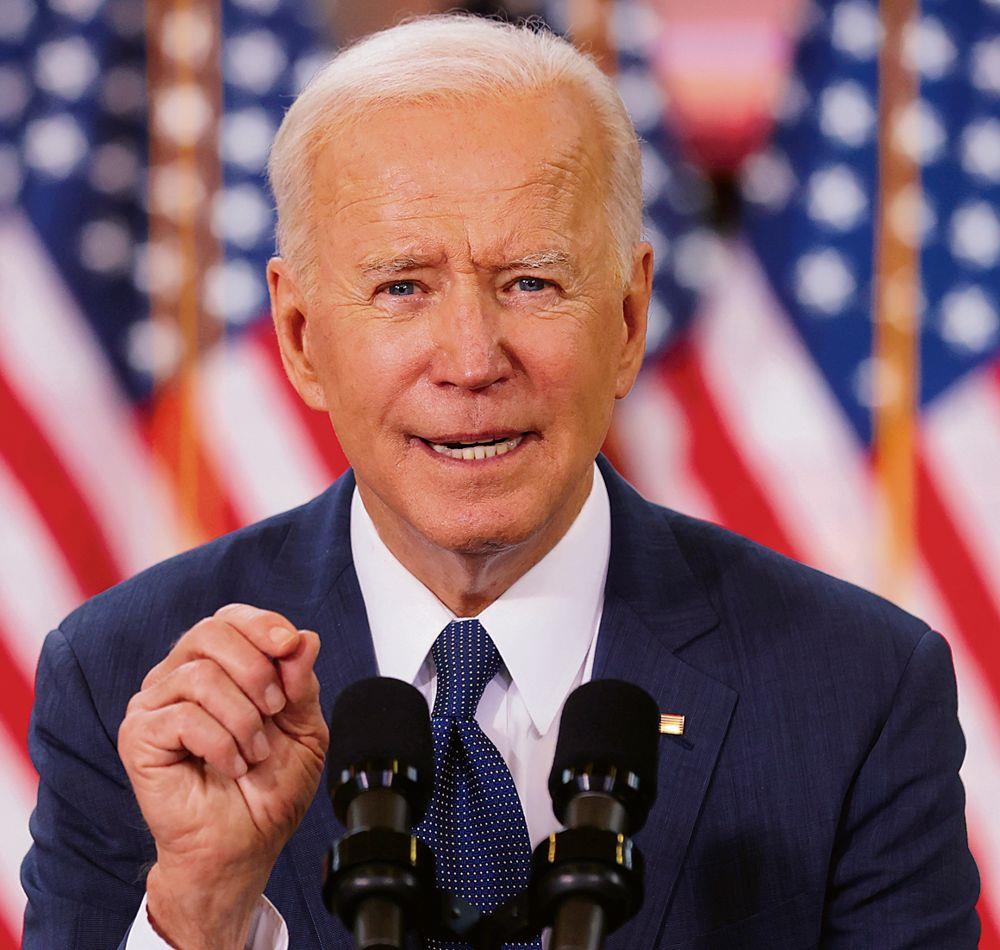 Reality check: Biden realises that to counter China, he must revitalise America’s primary alliance network and also strengthen the US itself. Reuters

The US President, Joe Biden, has not quite secured his domestic agenda, but he is setting off this week to give shape to his foreign policy. First stop will be the UK, which is hosting the G-7 summit. After that, a hop across the Channel to Brussels, where he will participate in a meeting with NATO partners. Then on June 16, there will be a summit meeting with Russian President Vladimir Putin in Geneva.

The locus of Biden’s foreign tour is as strong a signal as you can get, that for the present, the trans-Atlantic remains the primary focus of US policy. Biden knows that to meet his key foreign policy goal — outcompeting China on all fronts-he must first repair and strengthen the US itself and revitalise America’s primary alliance network.

In recent months, the US has worked with European allies to sanction both China and Russia — the former on Xinjiang and the latter because of cyber attacks and Ukraine. Biden has also strongly emphasised prioritising democracy and human rights along with issues of trade and security, something that sits well in Brussels.

Russian cyber attacks and other such activities are in some ways an effort by Russia to get the attention of the West and work out a modus vivendi. Putin knows well that the future of Russia lies in its ties with Western Europe, and not China, and the key to that is the US. For the Americans, weakening the emerging Sino-Russian entente is an important goal since their main geopolitical rival of this century is China. The upcoming summit in Geneva could well yield some surprise results. Already, there are signals that the US may be ready to accept the Nord Stream 2 pipeline running from Russia to Germany.

With a revitalised trans-Atlantic relationship as a springboard, Biden hopes to raise the game with China, as well as take up the agenda of climate change. Though his administration's formal China policy is yet to be revealed, the US has signalled that it would involve cooperation with allies on a broad front involving technology, development and connectivity, even while going on the front foot to combat Covid.

In many areas, the administration is building upon and expanding the Trump administration’s sanctions on Chinese entities. In the next phase, a bipartisan Strategic Competition Act will provide hundreds of millions of dollars for the US competitive effort. A complementary Endless Frontier Act will boost technology research to promote US innovation by putting up $100 billion.

On the eve of Biden’s tour, the US declared a donation of 80 million vaccine doses, most of them to the global Covax facility, making it the biggest donor in the world by far. This signals the US return to multilateralism and that it has successfully overcome the Covid pandemic.

In the real world, unexpected events usurp policy goals and no region is more unpredictable here for the US than the Middle-East which has thwarted US attempts to pivot away from the region and “return” to Asia, the most dynamic economic region of the world. The region remains a powder keg, not only on account of the Israel-Palestine issue, but the Saudi-Israeli-UAE strategy of containing Iran.

Where does India fit in here? Remarkably, a recent US poll showed that in April, more Indians had a favourable view of the US (79 per cent) under the Biden administration than the Americans themselves (78). Positive views of the US were up in most of alliance countries, especially Germany, but only in Japan and Italy did they exceed 50 per cent. But it is unlikely that New Delhi can derive any payoff from this. External Affairs Minister S Jaishankar’s recent visit suggested that there is a distinct lack of frisson in US-India ties.

The priority given to India on account of the US Indo-Pacific strategy remains strong in terms of high-level visits and virtual conversations between leaders. There is a solid foundation of defence and security ties built up in the past decade and more. Better US ties with Moscow could ease pressure on New Delhi on account of American sanctions on arms trade with Russia.

As the relative gap between its power and that of China grows, India needs the US to balance China in the South Asia-Indian Ocean Region. The Indian contribution, military or economic, towards a strong American Indo-Pacific strategy appears more nebulous. This is an asymmetry which cannot but have real-life consequences. India should not assume that antipathy to China alone will be the over-riding factor in the US global policy.

Even though the Indian economy is limping, everything looks good on the Indo-US bilateral front where trade in goods and services is flourishing, as is the FDI relationship, even though India’s protectionist turn doesn’t sit well with Washington. But this is small change compared to the US engagement with China. With Trump snapping at his heels, Biden must show results in the next year or so, which would preclude measures against China that could have a blowback on the US.

The recent spectacle of India begging for assistance because of its own bungled response to Covid could not have gone unnoticed in the Administration. New Delhi looked more of a liability than the self-confident player which is needed to boost US policy in the region.

India’s increasing autocratic turn and persecution of Muslims, too, cannot easily be ignored by the US which is critical of China on both those counts. All US administrations balance policy between American interests and values. If India can serve US interests, the values part of the equation can be adjusted.