China on tenterhooks after US withdrawal : The Tribune India

China on tenterhooks after US withdrawal 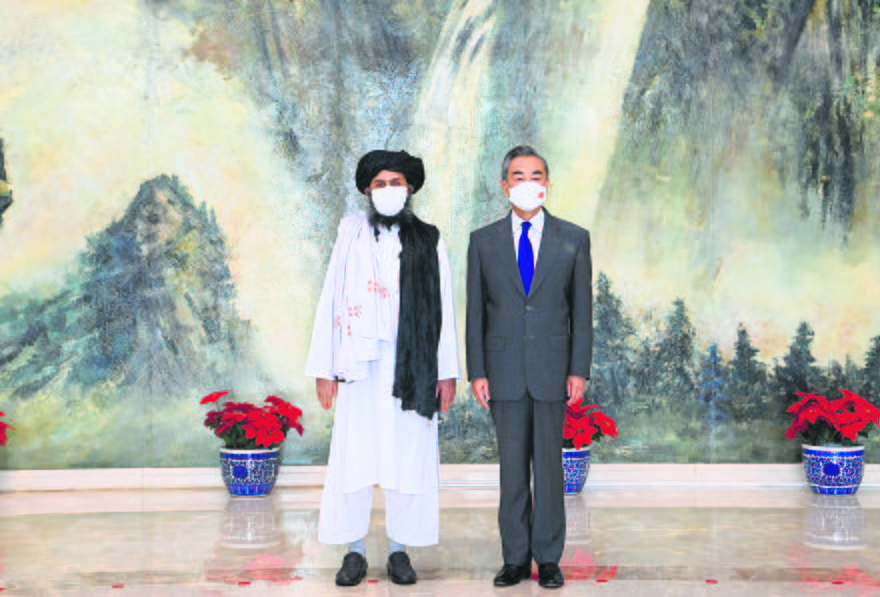 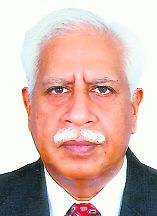 While there was an inevitability of the Taliban’s return to power, especially since the then US President Donald Trump’s deal with the Taliban, the messy US withdrawal and near-simultaneous melting away of the Afghan forces and government caught virtually all countries by surprise. It is early to anticipate the turn of events, and the tape-recorded message released on August 18 by former Afghan Vice-President Saleh promising that the ‘war has not yet ended’ adds to the fluidity.

This propaganda conceals the worries of China’s leadership. The US withdrawal is not something that China wanted. It is very reluctant to assume the mantle of security provider in Afghanistan. A clear sign of China’s concerns was Xi Jinping’s call to Afghan President in mid-July, offering support for peace ‘and an early, peaceful reconstruction of the country.’

There is uncertainty, too, regarding the Taliban’s domestic and international policies. These will affect the attitude of foreign countries.

NATO has warned that it will strike hard if the Taliban harbour terrorists. Canada and the EU have said they will not recognise the Taliban rule. Major regional players like Russia and China, except Pakistan whose Prime Minister Imran Khan promptly expressed full-throated praise for the Taliban, are treading cautiously.

Motivated by considerations of domestic security, both Russia and China established links with the Taliban decades ago and have continued contacts. Taliban leaders visited Moscow on May 18, while Chinese Foreign Minister Wang Yi met the Taliban leadership in Tianjin a few weeks ago.

Chinese intelligence is aware that Uyghurs have been trained at Al Qaeda training camps in northern Pakistan and Afghanistan and of their presence among the Taliban. It has been monitoring the Uyghur groups abroad — including in Turkey and Pakistan — and especially the East Turkestan Islamic Movement (ETIM), which Beijing has designated a terrorist organisation.

Prompted by apprehensions that the extremist brand of fundamentalist Islam could spill over its borders and spread inside China, Beijing opted for a cold-eyed realistic policy. The People’s Liberation Army (PLA) trained some soldiers of the Xinjiang Military Region in Pushto, Urdu and, probably, Dari. Taking advantage of the converging interests, China set up a military base in Tajikistan in 2017 and established security cooperation and held anti-terrorism military exercises with the Central Asian Republics, which have been admitted to the Beijing-led Shanghai Cooperation Organisation (SCO).

By late 2016, reports indicated that units of the PLA Xinjiang Military Region were conducting joint patrols with Afghanistan's military in the rugged 220-km Wakhan Corridor. Joint anti-terrorism exercises were also conducted. The Chinese are additionally building a road through the sparsely populated Wakhan Corridor. The Xinjiang Military Region under the PLA’s Western Theatre Command will now be on alert because of the developments unfolding in Afghanistan.

The US withdrawal from Afghanistan is being advertised by China’s propaganda apparatus as exemplifying a country in decline and not worth emulating. This reinforces the warnings of the Chinese authorities to its people over the past year of efforts by the US and the West to instigate a 'colour revolution' in China and topple the Chinese Communist Party (CCP). Propaganda targets include Chinese academics and students espousing liberal ideas not in conformity with the CCP ideology. It is also targeted at countries in South Asia — like India — and South East Asia perceived as close to the US. At least three recent articles in China's Global Times portrayed the withdrawal as confirming the decline of US power and advised countries, and Taiwan, to distance themselves from the US. They project China as the new rising power.

Though serving a purpose, this propaganda conceals the worries of China’s leadership. The US withdrawal is not something that China wanted. It is very reluctant to assume the mantle of security provider in Afghanistan. A clear sign of China’s concerns of a possible Taliban victory was Chinese President Xi Jinping’s telephone call to Afghan President Ashraf Ghani on July 16 offering support for Afghan peace and reconciliation “and an early, peaceful reconstruction of the country.”

More indicative was the statement by China’s Defence Ministry spokesman Colonel Wu Qian that “[The US] bears an inescapable responsibility for the current situation in Afghanistan. It cannot leave it alone and shed its ‘burden’ on regional countries.”

Meanwhile, suggesting a willingness to cooperate, Chinese Foreign Minister Wang Yi hosted a nine-member Taliban delegation, led by the head of the Afghan Taliban Political Commission, Mullah Abdul Ghani Baradar, on July 28 in Tianjin. Praising them as “an important military and political force”, Wang Yi urged them to “make a clean break with all terrorist organisations, including the ETIM” and attack them resolutely and effectively. Replying, Baradar hoped for Chinese assistance in reconstruction efforts and assured the Taliban will “never allow any force to use the Afghan territory to engage in acts detrimental to China.” He apparently sidestepped specific mention of the ETIM.

Chinese strategists are advising China’s leadership against accepting the argument that the US is in decline and, referring to Taiwan, that China can begin to flex its muscles. Unanimous that China must not send troops because of the ‘bitter lessons’ learnt by other nations, they are advising Beijing to keep in touch with all parties, but prepare for a civil war. China, they recommend, should be seen by the world as a ‘builder’, but invest only for tangible returns.

The Taliban’s Chechen, Uzbek, Tajik, Uyghur and other fighters are, however, motivated by jihad, adventure, power and cash. Their victory will attract many others from around the world. They are unlikely to agree to halt the bid to expand their Emirate. Chinese analysts are also apprehensive that China’s problems will increase as the US will now focus its attention on containing China and its rise.