Kashmir’s merger with India was not only based on the British policy of “Lapse of paramountcy”, but supplemented by the (September 7, 1939) Constitution of Kashmir, section 5 of which empowered the Maharaja to do what he did while merging with India. A whole new issue began and the boundary or border of India became the target of the two neighbours Pakistan and China. 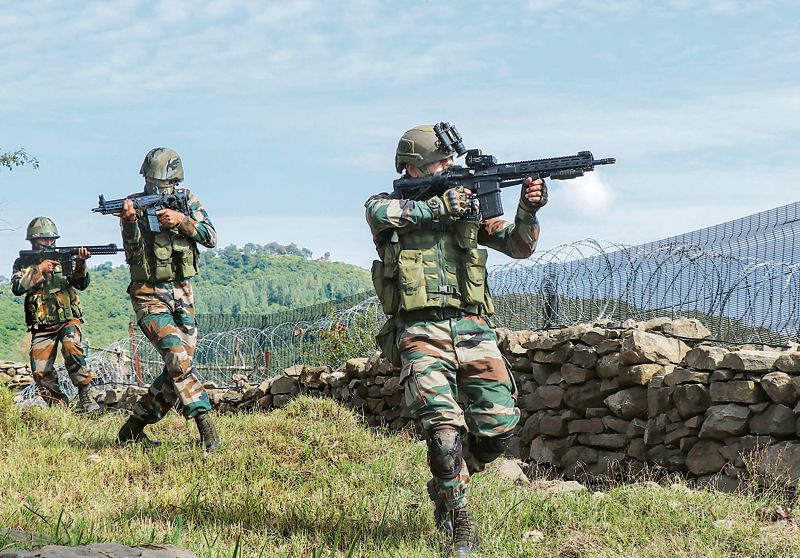 Intractable problem: The border row with China and Pakistan partly has its origin in colonial history. PTI 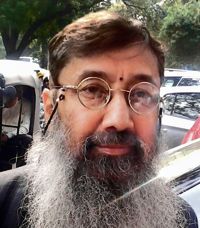 The world covets the beauty of demography and geography. Understandably, the beauty of a landlocked Kashmir was coveted and conquered by Akbar in 1586 and Ranjit Singh in 1819. Nevertheless, as the latter’s death triggered a nasty succession war in 1839, leading to a greedy and opportunistic intervention by the British East India Company and the beauty of Kashmir’s geography and its beautiful demography, inexorably succumbed to a bi-weekly change of hands.

By March 9, 1846, the Treaty of Lahore between the British government and Lahore State (founded in 1799 by Ranjit Singh), ceded to London “all hilly or mountainous country, situated eastwards of the river Indus and westward of the river Ravee, including Chamba and excluding Lahaul.” In effect, this was the subjugated Kashmir under the erstwhile Punjabi kingdom.

However, Kashmir again changed hands on March 16, 1846 with the Treaty of Amritsar when the British government transferred and made over “forever in independent possession, to Maharaja Golab Singh”, thereby creating a spacious “buffer zone” between the competing and expanding empires of Moscow, Beijing and London with the sole aim of coveting the beauty of geography to turn into a practising field of gunnery.

Thus, from March 1846 to June 1947, Kashmir stood as semi-independent, autonomous vassal state with suzerainty, under sovereign white Christian traders till 1858, and thereafter, their legislators masterminding ops from more than 8,000 kilometres away.

An unexpected windfall, however, led to the independence of Kashmir on June 3, 1947 without asking as British paramountcy over 560 plus princely states of India (including Kashmir) lapsed, thereby ending the 101 year semi-subservient, suzerain shelf life of Kashmir.

Subsequent events moved so fast that the Maharaja of Kashmir Hari Singh was in a quandary as his independence was compellingly terminated, after being faced with the “compulsory” option to join either of the two new independent states of India and Pakistan. The Maharaja’s dithering nevertheless exposed the nasty side of Jinnah’s unethical and unbridled greed for the “beautiful geography” of Kashmir and his naked war crime-like invasion of independent Kashmir. Consequently, Kashmir joined India through the legal route.

In one peaceful stroke, the map of Kashmir became the map of India. Being integrated, it was now an integral and inviolable part of Indian sovereignty, territory and geography, effective October 26-27, 1947. It must nevertheless be remembered that Kashmir’s merger with India was not only based on the British professed policy of “Lapse of paramountcy”, but supplemented by the (September 7, 1939) Constitution of Kashmir, section 5 of which empowered the Maharaja to do what he did while merging with India.

A whole new issue began in Indian boundary. The boundary or border of India became the target of the two neighbours, Pakistan and China. For the purpose of this essay, however, let’s confine ourselves to China only, because Pakistan already is too familiar an aggressor, and war crime culprit in Kashmir, being in illegal possession of what Islamabad’s cunningly crafted euphemism refers to it as “Azad Kashmir”.

The encouraging news for India, however, was that an independent Kashmir joined with a defined and definite boundary as is wont for any independent country. Instantly thus, all past claims and counter-claims on the Kashmir boundary/border on October 26/27, 1947 became void ab initio. What emerged valid and legal was the document of “Instrument of accession” to India wherein it was categorically and unequivocally scripted: “I Shriman Indar Mahandar Rajrajeshwar Maharajadhiraj Shri Hari Singhji Jammu Kashmir Naresh tatha Tibbet adi Deshadhipathi, ruler of Jammu and Kashmir State, in exercise of my sovereignty in and over my said State, do hereby execute this my Instrument of Accession...”

Clearly, a part of Tibbet/Tibet was part of the independent state of Jammu and Kashmir in 1947, thereby making it an Indian territory. Which part was that? Will the Communist Party of China (CPC) which was nowhere near the vicinity, being more than 3,000 kilometres away from the terrain/border or boundary of India in October 1947, explain as to which human or Han communist has ever succeeded in unscrambling a scrambled egg.

The reality is, successive Han dictators of the CPC have always shown their ignorance and lamentable lack of knowledge of geography, border, boundary and norms of international law, diplomatic etiquette and sophistication owing to theirs being the Middle Kingdom originating from heaven. Understandably, no heaven-born ruler can accept or follow the law, norms and convention created by non-heaven born lesser mortals. The hatred for foreign and foreigners thus runs deep in the DNA of the Dragon and its non-conformist ideology of expansion, suppression and defiance of law, logic and rationalism.

Just consider. Every sovereign country’s border/boundary needs to be respected and not rebuffed or repulsed. A sovereign East Germany merged with an independent West Germany. North Vietnam joined South Vietnam. The two Yemen became one geography, and each one of them had a boundary. By the same logic, independent Kashmir too had a shared boundary with independent Tibet which now is India’s boundary.

Ironically, today’s Indian boundary is being disputed and aggressed by the CPC after violating all canons of international law, decency and diplomacy, by crushing the sovereignty of Tibet through the brute force of CPC-controlled People’s Liberation Army (PLA).

Hence, the recurring cacophonic claim of CPC dictator Xi that “not an inch of territory would be ceded” sounds extraordinarily hollow, and hallucinatory. Did the Chinese rulers ever try to create a bona fide, stable boundary in accordance with mutuality? Isn’t it a fact that the first 20th century China maps were painstakingly drawn in 1907 by the centenary celebrating Protestant missionary effort in China to publish a new atlas of the Chinese empire?

In fact, an attitude like this on the part of the Chinese empire (which includes the present CPC empire), is understandable. Because, an empire with stable and peaceful boundary denotes weakness as it restricts future land grabbing mission. The present Xi-ruled territory too is no exception. The boundary with India can neither be recognised nor resolved. The pot must be kept at the minimum boiling point, short of full-fledged conflagratory kinetics, like that of Pakistani army General and dictator Zia-ul-Haq’s Afghan policy from 1979 to 1988. The Indian boundary must be kept relevant as political punching bag; to be used or abused in accordance with the weather vane for milking Delhi to create a wealthy Dragon, to keep Delhi at bay from development economics and put its international profile in the dock. It’s got to be Dragon having its way and Delhi drugged into remote highway.

Seen thus, one can understand as to how and why the settled and well demarcated boundary of India’s Jammu, Kashmir and Ladakh can’t be resolved or respected by the Dragon’s CPC dictators. India with a peaceful, stable and well defined boundary? No way! Not acceptable to the twin musketeers of the Islamabad Army-ISI and Beijing’s CPC-PLA unholy alliance.