Official Chinese data says that nearly 4.37 million smallest businesses closed permanently in the first 11 months of 2021. Quoting the China Labour Statistics Yearbook, the official Economic Daily claimed that the number of people employed in the manufacturing industry decreased by over 10 million between 2013 and 2021. 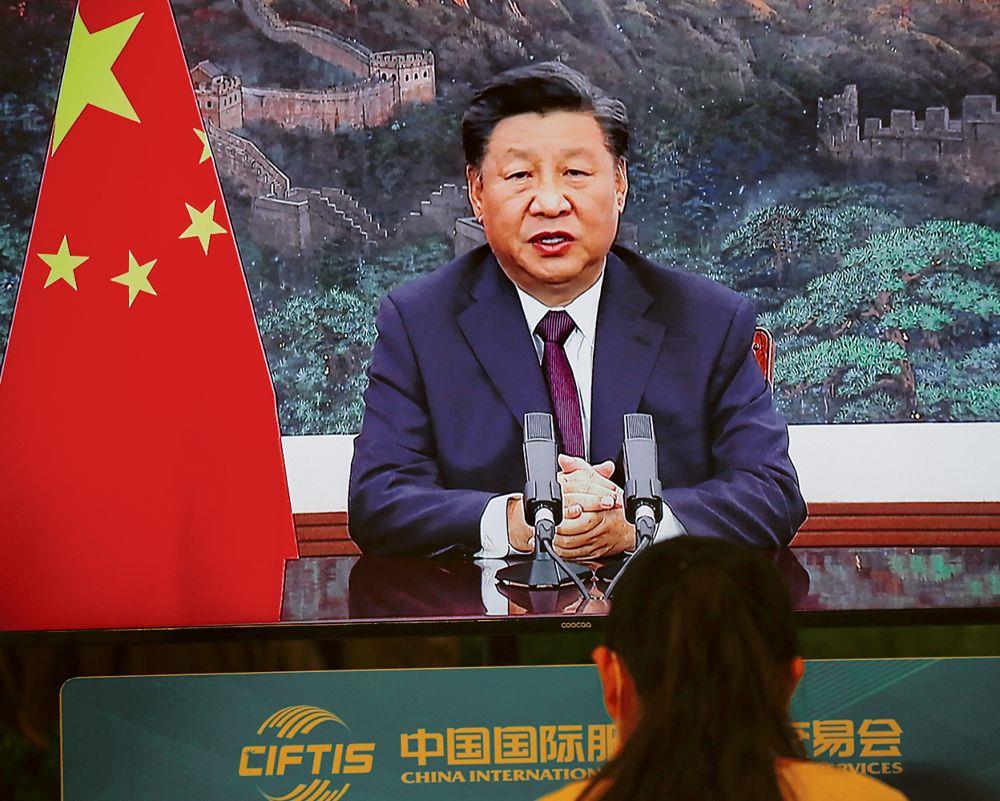 Having taken direct charge of China’s economic reforms and relegated Premier Li Keqiang to the margins, Chinese President Xi Jinping is worried that the bleak outlook for China’s economy will adversely impact his bid for another term at the 20th Party Congress later this year. Efforts to drawback from dependence on international trade and promote domestic consumption are yet to yield results.

The flaring of tension between the United States and Russia over Ukraine and the prospect of the US and West expanding the scope of sanctions to include commercial and other entities doing business with Russia and Russian entities is a major concern. If that happens, China will be hit hard.

Notwithstanding the official claims of the economy having picked up, Chinese economist David Li Daokui of the prestigious Tsinghua University warned at a conference on December 2 that the next five years could be the toughest in China’s 40 years of reform and opening up. He listed weakening external demand, industrial chain restructuring, pressures of carbon reduction, and insufficient domestic demand among the contributory factors.

China’s official media further elaborated the problems, with reports that provinces had taken back the annual bonuses given to their government employees and that even the more prosperous provinces and cities like Jiangsu, Zhejiang, Guangdong, Fujian and Shanghai were slashing salaries of officials by 5 per cent and more. Hong Kong’s South China Morning Post (December 30) cited official Chinese data that nearly 4.37 million of China’s smallest businesses closed permanently in the first 11 months of 2021. Beijing has consistently described these more than 40 million micro and small firms, which together provide 80 per cent of the employment, as the “backbone” of China’s private sector, underpinning the national economy.

Quoting the China Labour Statistics Yearbook, the official Economic Daily, on February 4, claimed that the number of people employed in the manufacturing industry decreased by over 10 million between 2013 and 2021. Some of this can partially be attributed to machines replacing people, but the major cause for joblessness is the closure of enterprises. This has also affected graduate employment.

The Guangming Daily (January 25) said that with the increase in the number of students returning to China from study abroad, “the employment situation of returnee talents is extremely tense, and it needs to be further resolved in the process of macroeconomic reform.”

The economic slowdown has impacted governments, with 28 of China’s 31 provincial-level governments announcing reduced growth targets and policy goals for 2022 as compared to the previous year. Even the more developed regions, such as Shanghai, Guangdong and Beijing, targeted GDP at between 5 per cent and 5.5 per cent.

China’s financial magazine Caixin said this indicates that the national GDP growth target, to be announced at the annual session of the National People’s Congress (NPC), is likely to be lower than last year at 5 per cent or 5.5 per cent.

China’s annual Central Economic Work Conference was held in Beijing from December 8-10, 2021. Important was Xi Jinping’s speech at the conference and its almost 5,000-word resolution. Alluding to its deteriorating ties with the US and China’s adverse international environment, Xi said: “The external environment is becoming increasingly complicated, grim and uncertain” and exhorted the people to remain “committed to China’s own cause.”

Without minimising the difficulties, the conference acknowledged that China is “faced with the triple pressures of shrinking demand, supply shocks, and weakening expectations.”

The People’s Daily (December 12) highlighted Xi’s call for self-sufficiency in energy, food and minerals to meet global challenges and warning that resource shortages could turn into a ‘grey rhino’ risk. He stressed that China must ensure self-sufficiency in key commodities and “[We] should fortify the national strategic materials reserve system to secure minimum needs at critical moments.”

Revealing leadership concerns about potential global food shortages by 2035, Xi emphasised: “I have repeatedly said Chinese people’s rice bowls should be firmly held in our own hands, never let others take us by the throat on eating, which is a basic survival issue.” China has since early last year focussed on enhancing grain production, keeping in mind that “great shortages of primary commodities are likely to evolve into a grey rhino.”

At the same time, Xi’s declared goal of ‘common prosperity’ has created new uncertainties in Chinese business circles. Though China’s Gini coefficient is 0.47, fears are that it is intended to rein in the multi-billionaire private entrepreneurs who could potentially challenge the Chinese Communist Party (CCP). Beijing has progressively tightened controls on ‘big business’ and imprisoned a number of billionaire businessmen, regardless of whether they are CCP members. Many others have made substantial donations to government institutions, liquidated their shares or stepped down as chairmen. This will undoubtedly hamper economic recovery.

The CCP will find it difficult to keep its promise to the people that economic conditions will continually improve. Amid the widespread popular dissatisfaction, any palpable economic distress could spark discontent. The repeated emphasis by Xi and the Central Economic Work Conference on maintaining stability signals their serious concern. The Ukraine crisis has now added to the concerns, especially as it is an important source of grain, soybean and hi-tech imports.