China’s gain could prove to be India’s loss

China has big plans to co-opt the Taliban in its design to securitise the Badakshan border, insulating it from ETIM which the Taliban say has exited from Afghanistan. China will have two strategic corridors to the Indian Ocean, one through Af-Pak and other via Myanmar, ironically both astride India’s flanks. It is not inconceivable that it could have a third avenue, this to the Indo-Gangetic heartland through the proposed China-Nepal Economic Corridor. 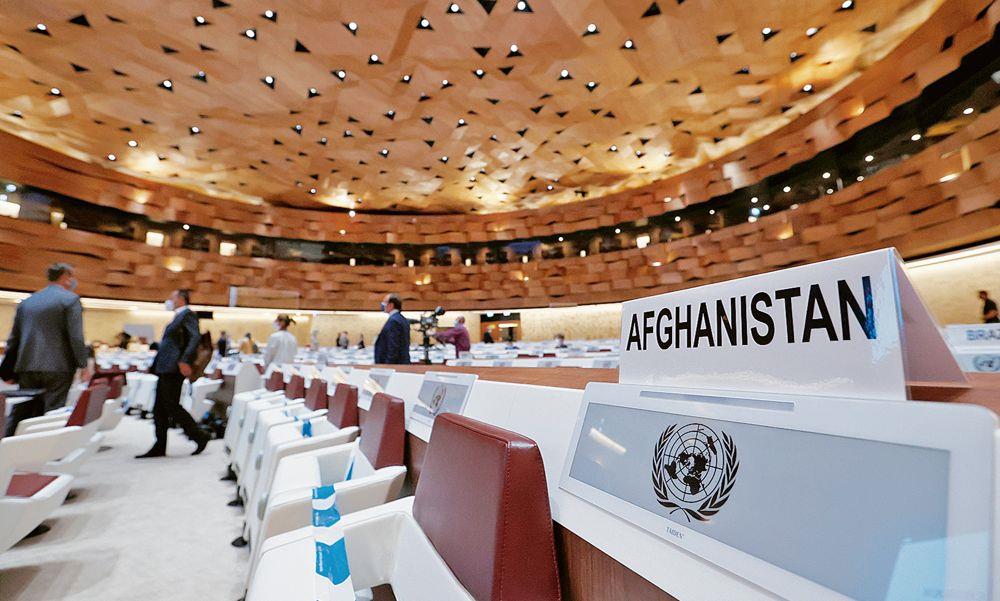 Guarded in approach: India will need to re-craft its Afghan policy, while keeping a vigil on Chinese designs. Reuters

Initially, it was the military coup in Myanmar in February. Six months later, Kabul fell to the Taliban, aided by Pakistan. A fait accompli was presented in both cases to the international community as the UN watched helplessly, legitimate governments yield to military force in violation of international law and tenets of democracy. These illegal and violent impositions will have far-reaching impact on India’s security and polity. First, these events have played out along India’s strategic frontiers — eastern and western flanks. These have the potential to open a Pandora’s box for resurgence of insurgency in the east and spurring cross-border terrorism in the west. Red alerts have been issued over new threats to J&K. Challenges in the west are more strategic than the ones from the east.

Second, India’s key adversary China is the principal beneficiary from these developments. China has penetrated South Asia to challenge India in its own backyard. Coupled with its aggression in east Ladakh and assertions in Myanmar and Afghanistan, it will undermine India’s image and clout. Last month, China’s special envoy to Myanmar spent a week there meeting military leaders. It has recognised the military government with Senior General Min Aung Hlaing becoming the self-styled prime minister of a new caretaker government. The envoy opened a new rail line from Chengdu to Lincaing as part of the China-Myanmar Economic Corridor to the Indian Ocean overcoming its Malacca dilemma. China is helping the ‘usurpers’ to obtain a seat at the UN realising their quest for recognition. Both China and Russia (Moscow is now the main arms supplier and the only foreign country Hlaing has visited after the coup) will provide it cover in the UN through its veto. Although there is considerable anti-China sentiment in Myanmar — people believe China was behind the coup — and the military genuinely wanting to keep Beijing at a safe distance, its post-coup influence is rising. China has discreetly kept a back channel open with Aung San Suu Kyi’s National League for Democracy (NLD). India will play ‘third fiddle’ in Myanmar, not for want of trying but for want of succeeding.

China was the first mover inviting the Taliban leaders even before their take-over, declaring them important political players and responsible stakeholders in Afghanistan. It has donated $31 million as humanitarian aid with its envoy in Kabul being the first to contact the new regime. It eyes the exaggerated mineral resources of Afghanistan, wants to connect it with the Belt and Road Initiative (BRI) and secure a vital flank of its China-Pakistan Economic Corridor to the Indian Ocean. It is early days in Afghanistan but China has big plans to co-opt the Taliban in its design to securitise the Badakshan border insulating it from ETIM which the Taliban say has exited from Afghanistan. This is the same China which was free-riding in Afghanistan, making pious statements on aid and development investments in that country but doing precious little. China will have two strategic corridors to the Indian Ocean, one through Af-Pak and other via Myanmar, ironically both astride India’s flanks. It is not inconceivable that it could have a third avenue, this to the Indo-Gangetic heartland through the proposed China-Nepal Economic Corridor. So on India’s strategic flanks, China will be the key partner with local governments.

Third, Pakistan is the real victor in Afghanistan. It has made India quit Kabul for the third time, secure strategic depth, neutralise Afghanistan-India’s combined subversive threats and is poised to relocate military assets deployed in the west towards the border with India. But the Taliban may not be easy meat given the legacy of the Durand Line, issue of Pashtunistan and its thirst for strategic autonomy. The Pashtuns in Afghanistan and Khyber Pakhtunhwa in Pakistan dislike the Punjabi army and elite. A free run to Pakistan Taliban from Afghanistan is a real fear for Rawalpindi. But the ultimate fear of the West is Pakistan’s nuclear weapons falling into hands of the Taliban or the al-Qaeda or any of its affiliates. Pakistan’s ISI must be credited with Taliban’s re-conquest of Afghanistan. Its aim is to prove that the Taliban are a better bet for Afghanistan than corrupt Afghan regimes propped up by the US. The most powerful military in the world could not make Pakistan do its bidding on the Taliban even after US threats to reduce it to Stone Age. It must be said — as Lt Gen Hamid Khan used to say openly during our Track-II India-Pakistan dialogue — that Pakistan will use its nuclear weapons against the US if required — that the US was deterred by Pakistan’s nuclear capability in its failed attempt to change Pakistani army behaviour in Afghanistan.

Fourth, the nine-member UN Credentials Committee is meeting shortly to decide on the eligibility and legitimacy of Myanmar and Afghanistan to the seat in the UN. Myanmar has sought to replace Kyaw Moe Tun with Army veteran Aung Thurien after allegedly failed attempts to have Tun assassinated. The resistance National Unity Government of NLD not controlling any territory is a big disadvantage. Ghulam M Isckzai is holding the Afghan seat at the UN and the Taliban will send the name of its own nominee shortly. Recognition of a regime which has come to power through illegitimate means is key leverage the UN possesses to civilise such regimes.

Fifth, India will need to re-craft its Afghan policy, jettisoning the wait-and-watch approach, for converting the goodwill of Afghans into strategic clout. For this selective engagement of the new regime is essential as also creative support for any likely resistance. Additionally, India’s red lines require to be enunciated: Chinese crossing the Irrawady river in Myanmar and Pakistan held for attack on India/Kashmir from Af-Pak. India has to mind its flanks.