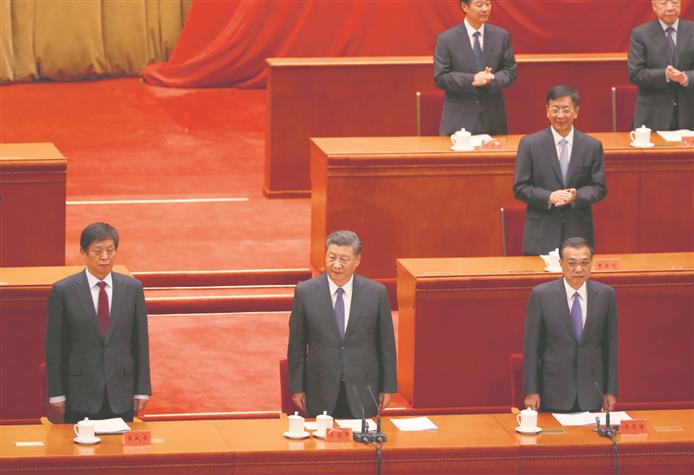 GREAT REJUVENATION: Xi Jinping wants a strong, prosperous nation to be his legacy. 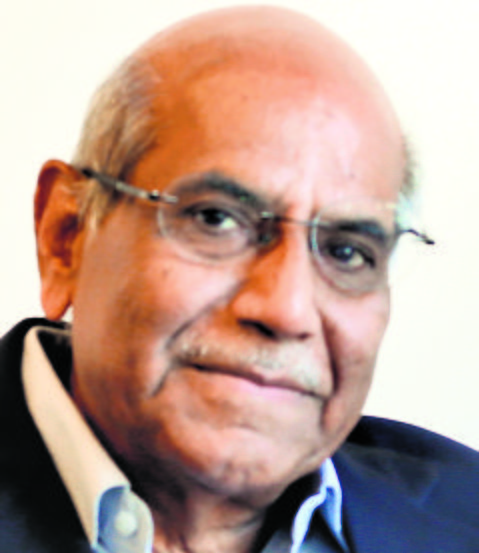 The 5th plenum of the 19th Congress of the Chinese Communist Party met from October 26 to 29. Its deliberations and outcome give an indication of how the party leadership perceives the current domestic and international situation and how it intends to position itself in a rapidly changing geopolitical landscape to achieve what President Xi Jinping has described as the China Dream of a great rejuvenation of the country. The plenum reaffirmed the unchallenged leadership of Xi Jinping, who is now called “a core navigator and helmsman”. Only Mao Zedong was called a helmsman in the past. Xi is aspiring to the same elevated status.

With China aiming to outstrip the US by 2035, the balance of power may witness a transformation.

The plenum took a decision on the 14th Five-Year Plan (FYP) which will run from 2021-25. However, it also adopted a 15 years long-term plan, to make China "a great modern socialist nation" by 2035. This may suggest that Xi Jinping intends to stay as leader at least till that date, leaving behind a legacy of a strong and prosperous nation. There is no successor on the horizon.

The plenum did not announce any target for GDP growth for the next five years. However, an advisor to Xi declared that China had the potential to grow at 5% per annum up to 2035. Currently, China’s GDP is $14.9 trillion with a per capita figure of over $10,000. It is estimated that by 2035, per capita income would reach $30,000 per annum, making China one of the richest countries in the world. Even if this is an exaggeration, there is little doubt that we are witnessing an unprecedented transformation in the global power balance with China far outstripping the US in terms of GDP. The US GDP today is $21 trillion and it is unlikely to grow at a rate beyond its recent average of 2% per annum. No wonder that Xi Jinping’s speech and the communiqué issued by the plenum reflect immense confidence in China’s ability to emerge as the world’s strongest power within the next decade. Xi alluded to this in his assessment of the international situation: “Today’s world is experiencing a great change not seen in a hundred years. The balance of international power is being profoundly adjusted.”

The profound adjustment is China’s emergence as a potential hyper power. The challenges that must be overcome in order to reach the 2035 goal have also been recognised. These are: (i) keep the economy growing in a pandemic- impacted environment; (ii) overcome supply chain disruptions; (iii) deal with an unfavourable international environment; and (iv) maintain growth during a global economic downturn.

In order to tackle these challenges, it is proposed to pursue what has been called a “dual circulation strategy”, which would take the domestic market as the base for development, but maintain an economy open to foreign trade and investment. The stress is on greater self-reliance through developing domestic consumption. The communique lays great emphasis on technological innovation as the driver of growth. It describes innovation as being in the “core position” in the strategy of growth being adopted.

While the plenum itself did not spell out the key focus areas, these are apparent from the several commentaries in the Chinese media. A major energy transition is envisaged to achieve a carbon-neutral economy by 2060. China intends to promote not only electric vehicles, but also the hydrogen fuel economy. There will be a transition from what is known as the “consumer internet” to “industrial internet” in which the widespread adoption of 5G network will play a critical role. This will enable the country to raise the declining productivity of its manufacturing sector. The capital output ratio in China is now 6 as against 3.3 in 2005, which means that to produce a one-dollar increment in GDP, six dollars need to be invested.

This has to be reversed if the ambitious targets, both in the next five- year plan and the 15-year perspective plan are to be met.

China is determined to reduce its dependence on imported semi-conductors and to become a global leader in artificial intelligence (AI), robotics, cloud computing and quantum computing. These were already included in the China 2025 plan and a huge amount of R&D expenditure has been allocated to these sectors. From the plenum, it is clear that an even greater effort will be made to achieve relative self-reliance in these high-tech domains. There may be higher costs incurred in the initial phases, until these technologies mature, but China is clearly ready to pay the price.

State-owned enterprises (SOE) are likely to continue to enjoy a privileged status vis-a-vis the private sector and some will serve as champions in the new technology areas. SOE reforms have not yet yielded significant results. The rate of return on assets for SOEs is only 4% compared to 9% for private enterprises. This may be a retarding factor in future growth.

China’s early recovery from the Covid-19 pandemic even while advanced Western economies are still struggling to contain it, puts it in a pole position in the post-pandemic economic race. Chinese leadership is conscious that relations with the US and the West in general are likely to remain tense and even confrontational. A change of leader at the White House is unlikely to usher in a shift in Sino-US relations. However, there is a sense that the sheer scale of China’s economic advance and its ability to shift gears towards a more self-reliant strategy of growth, driven by technological innovation, will enable it to emerge as the most powerful country in history. There is little anxiety evident over the spread of negative perceptions of China. For its leaders, power will be its own persuasion in its relations with other countries. India, like the rest of the world, will have to manage a much more complex geopolitical landscape in which China sees itself as the ‘axial power’. The Quad, in its present loosely structured incarnation, is unlikely to serve as a credible countervailing coalition.