China has used its contacts with Pakistan to establish close ties with the Taliban in the hope that they would not allow militants to infiltrate into Xinjiang. The Taliban’s extremist policies have never constrained China from feting Taliban delegations in Beijing. The Afghan authorities have been unhappy at the frequency of China’s meetings with the Taliban leaders and Beijing’s unwillingness to brief them on these discussions. 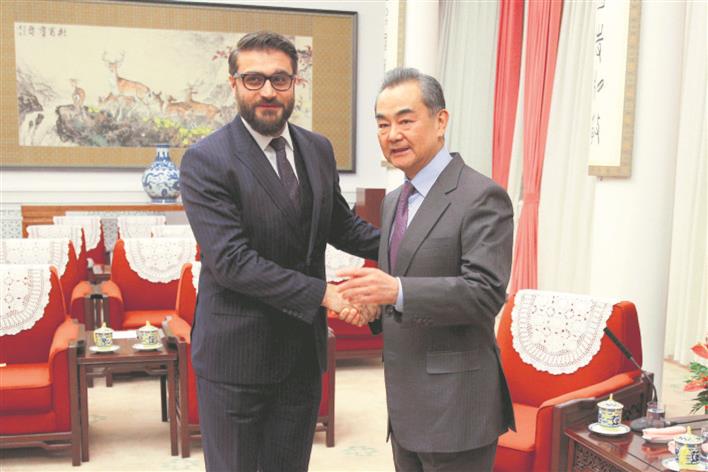 Duality: China has been engaging with both the Taliban and the Afghan government. Reuters 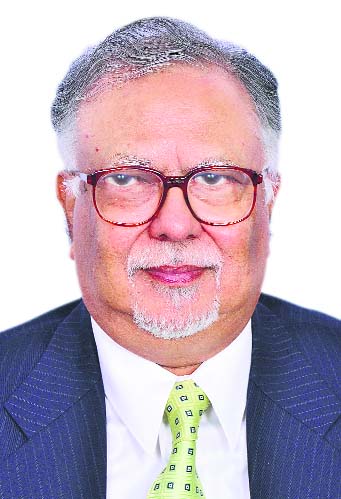 Speaking at the Heart of Asia virtual conference last month, Chinese Foreign Minister Wang Yi said that the “foreign military forces should withdraw from Afghanistan in an orderly manner and resolutely prevent various terrorist forces from creating chaos”. Wang assured that China would work with all other parties to bring peace to every corner of Afghanistan at an early date and deliver the benefits of development to the Afghan people.

Earlier, China had criticised the presence of NATO forces in Afghanistan, taking the moral high ground, though their security role actually helped Beijing in checking the activities of extremist groups such as the East Turkestan Islamic Movement (ETIM). China’s fear of Uighur militants belonging to ETIM has grown over the last five years, as many have relocated from Syria to the Badakshan province of Afghanistan, neighbouring Xinjiang where China has initiated a vast campaign to incarcerate them in camps (prisons) for re-education.

China has also been concerned about the support, which the Al Qaeda (which maintains close ties with the Taliban) could provide to the ETIM militants and the infiltration of Islamic State (IS) fighters into Xinjiang. After the deterioration of China’s relations with the US recently, its worry is that the US could use its continued military presence in Afghanistan to support Uighur dissidents seeking independence from Beijing. At a meeting with the Foreign Ministers of five Central Asian states on May 12 at Xian, the Chinese Foreign Minister suggested that they should not allow the US to station its forces and equipment in Central Asia after its military withdrawal from Afghanistan.

China had reached the conclusion that the US and the Afghan government could not defeat the Taliban and it would either come into power or control substantial Afghan territory. China had started maintaining close ties with the Taliban since 1999; in December 2000, China’s Ambassador to Pakistan Lu Shulin met Taliban leader Mullah Omar in Kandahar. China has used its contacts with Pakistan to establish close ties with the Taliban in the hope that they would not allow ETIM militants to infiltrate into Xinjiang. The Taliban have sought Beijing’s support for getting international legitimacy and aid.

China has adopted a dual policy of maintaining close ties with both the Taliban and the Afghan government. The Taliban’s ultra-conservative outlook and extremist policies have never constrained China from feting numerous Taliban delegations in Beijing in the hope that the Taliban would not allow the ETIM to establish bases and grow its network in Afghanistan. Most significant of these was the visit by the Taliban’s Deputy Leader, Mullah Abdul Ghani Barader to Beijing in June 2019. The Afghan government has been unhappy at the frequency of China’s meetings with the Taliban leaders and the former’s unwillingness to brief them on these discussions.

China’s defence ministry said in 2018 that it had supported Afghanistan’s defence and counter-terrorism efforts by providing about $70 million in military aid from 2016 to 2018. In early 2018, China had tried to bolster its military presence in Badakshan province’s Wakhan corridor, the narrow stretch of Afghan territory connecting with the Chinese border by building a military base there, deploying an army brigade with trainers for the Afghan security forces and its own communication facilities. Fearing that the Chinese could use these to eavesdrop on Afghanistan and its international allies, Kabul refused. An upset China then stationed some troops in Tajikistan across the border from the Wakhan corridor. It has also cultivated local Afghan politicians and powerbrokers to build its influence, independent of Kabul for meeting its security and other needs.

Former Afghan President Hamid Karzai and the present incumbent, Ashraf Ghani, tried to court Beijing in the hope that it would use its influence to pressurise Pakistan to sever its ties with the Taliban and increase its economic investment in Afghanistan. China did nothing of that sort. Even the promised Chinese investment of $100 million in its Belt and Road Initiative (BRI) in Afghanistan and the extraction of copper at Mes Aynak mines or oil in the three oil fields in the Afghan provinces of Faryab and Sar-i-Pul (estimated to hold 87 million barrels of oil) never materialised due to political reasons.

In 2017, China exported $532 million worth of goods to Afghanistan against the latter’s export of barely $2.86 million to China (versus Afghanistan’s $411 million exports to India in the same year). In her September 19, 2019, testimony to the US Congress, Alice Wells, US Acting Assistant Secretary of State, remarked that “China had not contributed to the economic development of Afghanistan and that the BRI was just a slogan.”

China has viewed India as a rival, was unhappy about the Indian military presence, its defence and large economic assistance to Afghanistan and the growth of India’s influence there. Following President Biden’s announcement about the withdrawal of the US troops from Afghanistan by September 11, 2021, China’s major worry is that the conflict between the Afghan government and the Taliban will escalate, pushing the country into a civil war. It will create an environment for the growth of extremist groups such as Al Qaeda, IS, ETIM and others. The ability of China’s “iron brother” Pakistan and close friend Taliban to prevent the growth and infiltration of these extremist groups into Xinjiang will be severely constrained as their main pre-occupation would be the military victory and takeover of Afghanistan.

Though China has indicated its preference for a moderate Islamic government which curbs the growth of all extremist forces in Afghanistan, it knows that it can’t dictate its choice to the orthodox Taliban. After the departure of US troops, China is hoping to work for a UN or multilateral presence in Afghanistan to moderate the Taliban’s extremist inclinations. It will also use its influence with Pakistan and its deep pockets to safeguard its security interests with whatever political dispensation comes into power in Kabul and the north-eastern part of Afghanistan.