Chinese strategy has always been to confuse, deceive and intimidate its opponent 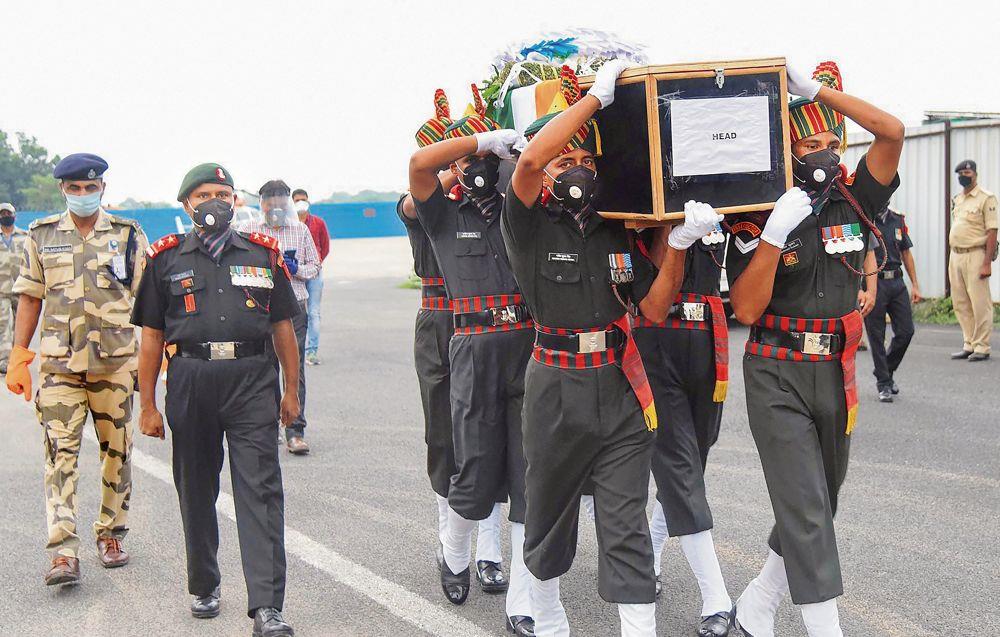 Fortify: ‘Rules of engagement’ for various contingencies, including the use of weapons, must be clearly laid down for our forces.

The martyrdom of a Commanding Officer and 19 soldiers in the Galwan valley is a watershed moment in India-China relations. It was a tragic event, marked by a level of brutality seldom witnessed in professional armies, and our hearts go out to the bereaved family members. But sometimes a shock, however tragic, is necessary to jolt us out of the comfort of our preconceived ideas and start confronting realities.

From the time the People’s Liberation Army (PLA) intruded in multiple areas across the Line of Actual Control (LAC) in Ladakh in early May, it was apparent that the situation was completely different from past incidents. In a well-planned operation, thousands of PLA soldiers activated the LAC from the Galwan valley in the north to Pangong Tso in the south, and the level of violence that accompanied the initial intrusions was unprecedented.

Despite clear indicators, the government initially underplayed the seriousness of the crisis, and there was a reluctance to admit to the scale and scope of the intrusions. It was perhaps hoped that quiet diplomacy and military-to-military contacts would help resolve the situation and restore the status quo ante. This notion has now firmly been disabused with the violence in the Galwan valley and the first deaths of Indian soldiers on the LAC after 1975.

In accepting the gravity of the problem, Prime Minister Modi, in a televised address, stated, ‘No one should be in any doubt. India wants peace, but when provoked, it is capable of giving a fitting reply, be it any situation.’ The External Affairs Minister told his Chinese counterpart that the situation along the border ‘will have a serious impact on the bilateral relationship’.

It is still being hoped that the current standoff can be peacefully resolved, but there are enormous challenges. The PLA has physically occupied areas on the north bank of Pangong Tso that India considers as its territory. Writing in The Strategist, Nathan Ruser has analysed the satellite images of the Pangong Tso and found that the Chinese have built 53 new forward positions in this area. These are clear indications that they want to establish a permanent presence along a redefined LAC.

By using military power to change the status quo in complete disregard to existing protocols and agreements, the Chinese have thrown the gauntlet. This is a typical Chinese strategy in which they escalate up to a level and then wait for the adversary to react. If the opponent backs down, the new normal would have been established. If the opponent counters, the escalation would be taken up another notch. Psychological warfare is an essential element of this strategy, with attempts to confuse, deceive and intimidate.

In planning our responses, we must remain conscious of the Chinese strategy. All actions must be well-thought-out and must factor in that escalation is a real possibility. Even as we continue to be engaged in diplomatic talks, military preparations should be visibly ramped up. The actions of all soldiers must become completely tactical, and ‘rules of engagement’ for various contingencies, including the use of weapons, must be clearly laid down.

Military response options and various contingencies should be rehearsed and realistically presented to the government. There are always risks associated with military action, but it must be remembered that this is not the Indian military of 1962 and can impose severe costs on the PLA. We must also be clear that completely ruling out a military option will severely restrict the policy choices available to the government for dealing with the Chinese.

In addition to a robust military posture on the border, it is an appropriate moment to look at the Chinese presence in our critical infrastructure. The massive Chinese technology presence in our telecommunications, railways, and power sector (to name a few) renders us extremely vulnerable to Chinese information warfare that encompasses espionage, cyberattacks, communication control, disinformation, and propaganda.

According to China’s National Intelligence Law of 2017, Chinese companies are legally required to assist their government with ‘state intelligence work’. This would mean handing over of all data in their possession to the Chinese government whenever such demands are made. Many of us have consistently pointed out these dangers, but the Indian Government has been strangely reluctant to bite the bullet.

Now that the gloves are off, we should shed our reticence and move quickly to ban Chinese technology in critical areas, including the rollout of 5G in India. More than anything else, this will perhaps send the most potent message to China.

It is a geopolitical illusion that two neighbouring countries can rise peacefully, particularly when both harbour great power ambitions. The Chinese attempts to coerce India through the ultimate instrument of military power are now clearly visible. How India matches this threat will define both the power balance in future India-China relations and our ambitions to be a big player on the global stage.