Classrooms as sites of ahimsa

Compassionate mode of listening can encourage appreciation of plurality 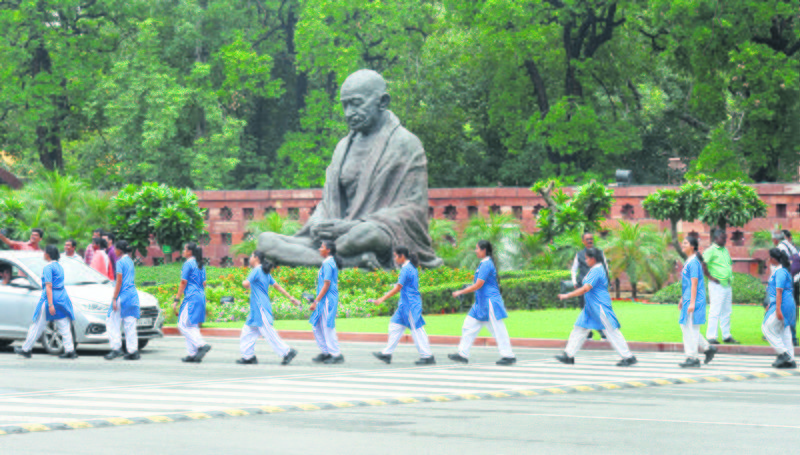 Show the way: Teachers must work continually in the realm of education and try to understand and internalise the language and practice of equity & compassion. PTI 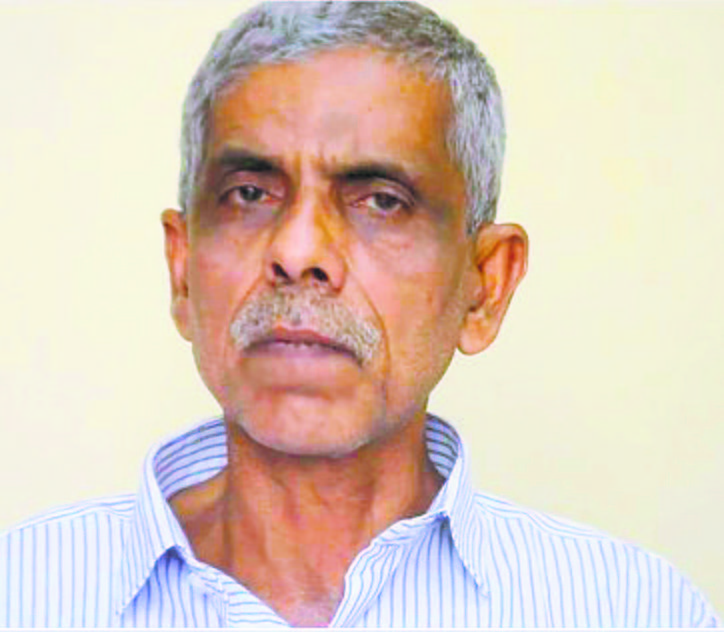 Every year around this time as the traumatic memory of Mahatma Gandhi’s assassination haunts us, we realise that we live in a world that normalises violence, and is uncomfortable with the principles of ahimsa he embodied. Even though through a set of ritualistic practices, we tend to show our respect to Gandhi, we seem to be convinced of the dominant common sense of the age we live in — the urge to dominate over others is normal; social Darwinism is in our blood; the qualities like tenderness and compassion are ‘effeminate’; and the gains of modernity are inseparable from the aggression of techno-developmentalism and militaristic nationalism! In a way, we are used to war and terrorism, colonial exploitation in new forms, militancy in the name of limiting identities, and a consumer culture based on unlimited greed and desire.

It would not be wrong to say that from families to schools — the message our children are receiving is clear: violence is normal and even desirable!

Is it, therefore, surprising that as parents and teachers, we are continually encouraging our children to accept and internalise the language of this violent age? We want them to be ‘smart’ and hyper-competitive; we want them to be ‘toppers’; we want them to grow up as non-reflexive careerists with the one-dimensional urge to run faster, miss no opportunity, earn more, and see the world with egotistic interest. We generate the psychology of fear; in the name of showing our concern, we make them believe that if they remain ‘slow’, or if they retain tender and ‘feminine’ qualities, like the spirit of cooperation, and sensitivity to plants and trees, or birds and rivers, they would fail and lag behind. It would not be wrong to say that from families to schools — the message our children are receiving is clear: violence is normal and even desirable! Who knows they possibly think that Gandhi was stupid and dangerous, and Godse was smart and a true modernist? Possibly, they too love the army parade more than the shehnai of Ustad Bismilla Khan; possibly, they love to see war in cricket and football; possibly, they grow up with a belief that the ‘outsiders’ are always conspiring against the ‘insiders’; or, that the poor are poor because they are not intelligent, and billionaires are successful because they are hard-working, meritorious and smart!

Yet, amid this normalisation of violence, some of us — teachers and educators — who still believe in the art of possibilities must come forward, work continually in the realm of education, and try to understand and internalise the language and practice of ahimsa, equity and compassion. In fact, we can derive our inspiration and philosophic foundation from some of the illuminating thinkers, pedagogues and peace activists — say, Paulo Freire (critical pedagogy), Erich Fromm (art of loving), Thich Nhat Hanh (compassionate listening), and Mahatma Gandhi (unity of brain and heart, or mind and body), and redefine the culture of learning. This is like undertaking a paradigm shift — from hyper-competitive and violent classrooms to insightful/compassionate/collaborative/relational learning.

As a teacher, I have no hesitation in celebrating three fundamental principles of peace education for nurturing a new generation of young minds who can dare to strive for a world free from war, militaristic nationalism, technological violence and ugly forms of socio-economic inequality. First, a teacher ought to be dialogic who is compassionate enough to cultivate the art of listening. The bureaucratic authority, the arrogance of knowledge and the will to power often erect a wall of separation between the teacher and young learners. It causes fear in our classrooms; it prefers monologue; it deprives young learners of bringing their own experiences and voices in the classroom. In other words, it is violent and anti-democratic. Hence, it is only through a dialogic and compassionate mode of listening can our children learn how to appreciate the plurality of worldviews, practice the art of negotiation and conversation, and see people as living souls — not objects of domination. Possibly, this is like sowing the seeds of what a peace activist like Johan Galtung would have regarded as the skill of ‘conflict resolution’.

Second, we need to move from merely information-centric or technical/academic load of accumulated knowledge to education as critical consciousness and self-reflexive awakening. For instance, it makes no sense if a student only memorises the Preamble of our Constitution as just a ‘fact’. What a teacher as a critical pedagogue can do is to arouse the spirit of thinking, questioning and wondering in the mind of the learner. Only then can she see beyond facts, and probe why, despite such a noble Preamble, we live amid heightened inequality, caste/patriarchal violence and religious bigotry. This is like going deeper into the true meanings of secularism, socialism and cultural pluralism, and realising that freedom, far from being a finished product, is a continual process of becoming. And freedom is impossible amid violence, be it structural, psychic or cultural. When knowledge is the celebration of awareness, our classrooms become truly experimental sites of ahimsa and liberation.

And third, we must bring the ecstasy of love in our classrooms. Our children are growing up with unmanageable stress, fear of being continually evaluated or stigmatised through an absurd scale of grading and ranking, and pressure to prove that they too can become ‘big’. We can combat this psychic violence only through love and empathic understanding. Imagine if as teachers, we could inspire them to see the beauty in another narrative: to live is not to compete, but to live with one’s own rhythm, or to live is to love and care; and there is no bigger success except the abundance of inner fulfilment!