Clear up grey areas in handcuffing of prisoners

The apex court failed to take into account the practical difficulties of the police and jail staff if the prisoners are not handcuffed while escorting them. National Crime Records Bureau statistics show 1,143 instances of prisoners escaping from police custody in 2016. Whenever such incidents occur, the police personnel concerned are placed under suspension and disciplinary or criminal proceedings instituted against them. 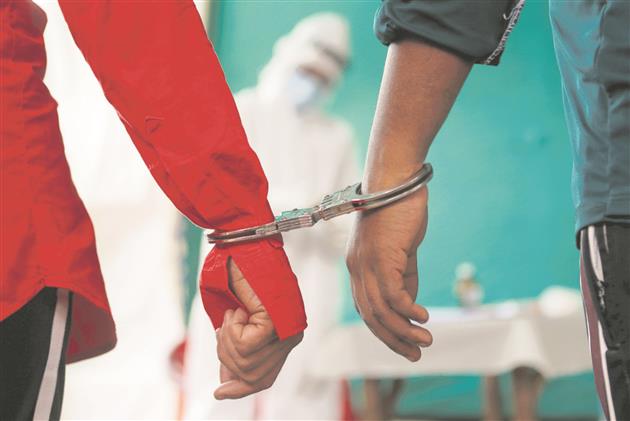 SC DIRECTIVE: No police officer or jail warder on his own volition can fetter or handcuff a prisoner. A magistrate’s order has to be obtained for handcuffing. Reuters 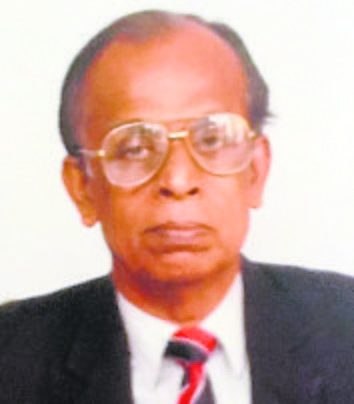 The Indian Police Foundation (IPF), a police think tank, has been asked by some senior police officers to move the Supreme Court for a review of the court’s directives on the handcuffing of prisoners. In the case of Citizens for Democracy vs the State of Assam, the apex court had earlier issued detailed directives regarding the handcuffing of the arrested persons and jailed prisoners.

Justice Kuldip Singh, while delivering the judgment in the case in 1995, had declared that no police officer or jail warder on his own volition can fetter or handcuff a prisoner unless there is evidence that the person is prone to violence and may try to escape. In that case, he is to be produced before the magistrate and the necessary order for handcuffing obtained.

Moreover, if a person is arrested without warrant, he cannot be handcuffed by the police without the magistrate's order. However, if the police strongly feel that there is an imperative necessity to handcuff the arrestee on security grounds, the latter has to be first brought to the police station and then a magistrate’s order has to be obtained for handcuffing.

The apex court further warned that any violation of these directives by any police or prison official would be punishable under the Contempt of Court Act 1971 or other penal consequences under the law.

The court also deplored that its earlier directives in the case of Prem Shankar Shukla vs State of Delhi, (1980) were not being followed by the police and jail officials. The court, on that case, unequivocally laid down that in conformity with Articles 14 and 19 of the Constitution, the prisoners cannot be routinely fettered for the convenience of the custodians.

Moreover, in extreme cases, the escorting party must record the ‘contemporary reasons’ for doing so, before obtaining magisterial concurrence. The court further added that classifying prisoners as ‘upper class’ and ‘lower class’ for the convenience of handcuffing was against constitutional ethos.

In the case of Citizens for Democracy, BP Rao, Home Secretary of the Government of Assam, appearing before the court, justified handcuffing by pointing out that there had been as many as 52 cases of escape of prisoners from police and jail custody, including some TADA detenues, because they were not handcuffed and also cited the case of the escape of some terrorists from the Guwahati Medical College after killing a constable.

The court, however, was not convinced and held the view that action of the police and prison authorities infringed upon the fundamental rights of the prisoners and lowered their dignity, guaranteed by the Constitution. The court observed that the “prisoners’ humanity cannot be at the cost of custodial security.” In the opinion of the court, “handcuffing must be the last refuge and not the routine regime.”

The apex court, however, failed to take account of the practical difficulties of the police and jail staff, if the prisoners are not handcuffed while escorting them. The National Crime Records Bureau (NCRB) statistics show as many as 1,143 instances of prisoners escaping from police custody in 2016. Whenever such incidents occur, the police personnel concerned are invariably placed under suspension and disciplinary or criminal proceedings instituted against them.

There are also instances of notorious prisoners killing or inflicting injuries on policemen while making good their escape. The situation has been aggravated by the Covid pandemic as the members of the escort party feel reluctant to come in close proximity to the prisoners and prefer to observe ‘social distancing’.

The apex court further observed that the difficulties thus encountered can be overcome by increasing the strength of the escort party or by providing well-protected prison vans. But due to an acute shortage of manpower, the police find it difficult, if not impossible, to increase the strength of the escort party. There is also a dearth of well-equipped prison vans in most police districts.

In countries like the US and the United Kingdom, there are clear laws pertaining to handcuffing while effecting arrests. The Police Service Handbook of the state of New South Wales in Australia permits handcuffing to prevent persons from escaping or causing injury to themselves or others. In the US, courts have justified the police practice of handcuffing prisoners while taking them to jails or courts.

During my visit to prisons and courts in America, I have seen that prisoners considered violent and dangerous are handcuffed and their legs shackled before appearing in courts. The European Court of Human Rights, too, while upholding the Human Rights Convention that prohibits torture and degrading treatment, states that handcuffing can be ordered to restrain a person during a lawful arrest or to prevent him from escaping.

The truth of the matter is that the apex court has failed to note and appreciate the practical difficulties encountered by the police and the prison staff. This includes rogue prisoners, inflicting injuries or killing policemen, while making good their escape. The considered view of many senior police officers and lawyers is that the directives of the apex court do not take into account the practical difficulties of the police.

The upshot is that the directives, in spite of having the force of law, go unimplemented. Either Parliament should frame a comprehensive law on the subject to clear the ambiguities or a larger Bench of the Supreme Court may be moved to review the directives in the light of the ground reality.

Justice RS Pathak, in his concurring judgment in Premshankar Shukla case, has pointed out that “whether handcuffs or other restraints should be imposed on a prisoner is a matter of discretion of the authority responsible for his custody to be exercised in each individual case.”