Social inequality and denial of civil rights to certain communities in some parts of the country, coupled with poverty, illiteracy and lack of exposure, are generally believed to be the main reasons behind the exodus of people from the majority faith. Conversions mean different things to different people. Communities adversely affected by the change of faith believe that legitimate conversions are only a fraction of the large-scale conversions induced by motivated groups. 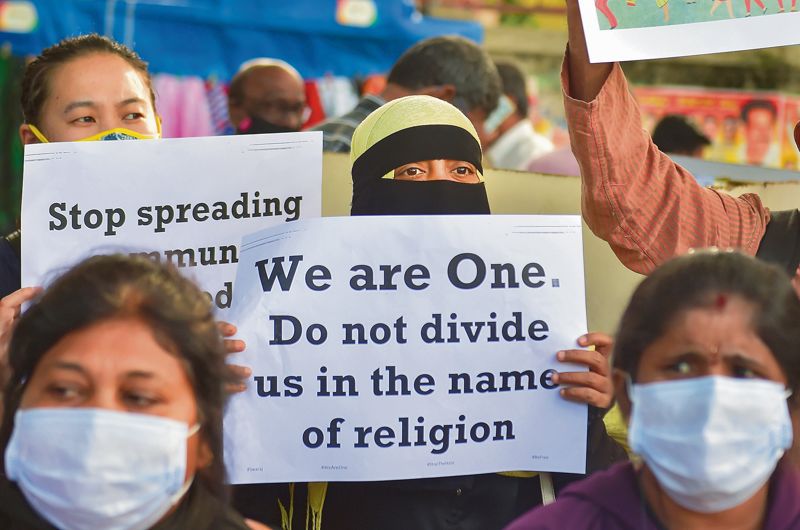 FREEDOM OF RELIGION: The Supreme Court has maintained that forced conversion is against the spirit of the Constitution. PTI 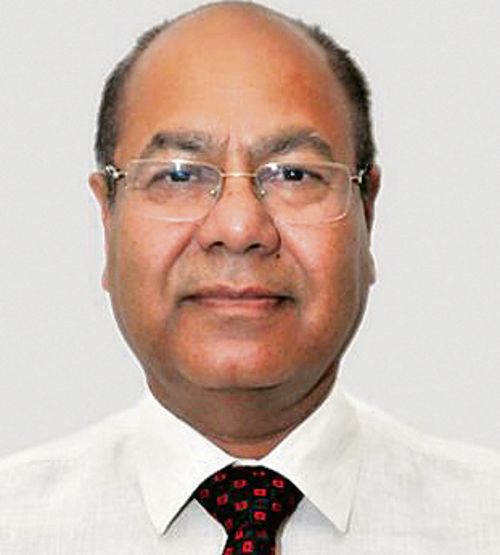 RELIGIOUS conversions have always occupied centre stage of social churnings in India. According to information available in the public domain, 506 people applied to the authorities for change of faith in 2020. Out of them, 241 applied for conversion to Hinduism — 32 from Islam and 209 from Christianity; 222 Hindus applied to convert to Islam and Christianity (111 each). The Vishva Hindu Parishad claims that lakhs of Hindus, over 60 per cent of them women, are being converted to other faiths every year by organised groups.

Article 25 of the Constitution confers a fundamental right to freedom of religion, faith and belief and allows every person to exhibit the same for the benefit and edification of others, although religion is an extremely personal matter subject to individual spiritual satisfaction.

The SC has maintained that religious conversions should not be for the purpose of charity and forced conversion is against the spirit of the Constitution. In Rev Stainislaus vs State of MP (1977), the apex court had observed that Article 25 did not grant right to convert another person. The Article does not guarantee such freedoms which encroach upon similar freedom of others, held the SC in the Lily Thomas case (2000). In the Lakshmindra case (1954), the SC observed that right to freedom of faith and belief does not protect practices which have sprung from superstitions and miracles.

Constitutional freedom of conscience and free profession and propagation of religion and conversions are not always the cause-and-effect of each other. Yogendra Makwana, former Union Minister of State, Home Affairs, reported that mass conversions of Dalit Hindus in Tamil Nadu were the result of insults and physical abuse inflicted on them. Social inequality and denial of civil rights to certain communities in some parts of the country, coupled with poverty, illiteracy and lack of exposure, are generally believed to be the main reasons behind the exodus of people from the majority faith. Conversion means different things to different people.

Communities adversely affected by the change of faith believe that legitimate conversions are only a fraction of the large-scale conversions induced by motivated groups through allurement, deception and fraudulent means. Religious ideologues often misinterpret freedom of religion as a licence to convert and justify the winning of faith of others as their most sacred religious duty. Theocratic scholars maintain that conversion is not prescribed in any of the holy books, including the Quran and Bible; informed voluntary change of heart, though, is not prohibited.

Use of foreign funds in the Northeastern states and tribal areas for the purpose of inducing conversion, and resultant demographic change fuelling social activism are a matter of concern for the security agencies. The spouse forcing the partner in interfaith marriages to convert often creates social tensions. These issues have the potential of developing into a serious law and order problem.

Ideally, conversion per se should not be a problem with anybody. Change of faith and belief should be seen as a sign of empowerment and development of the individual’s scientific temper and power to analyse and compare different alternatives. At the same time, it is natural that commercialisation of faith and induced conversions would certainly attract reaction from the groups affected by conversions.

In several petitions before the High Courts and the SC, it is being alleged that legal vacuum on the issue of conversions has led to unethical, predatory practices to convert socially and economically backward citizens, exploiting their innocence and poverty. No rational society, subscribed to democratic principles, peace and tranquillity, can allow conversions to develop as a contest between the ideologies of various religions. Timely State intervention is required to curb activities of such motivated merchants of faith. In Acharya Maharajshri Narendra Prasad vs State of Gujarat (1974), the SC observes that when in free play of social forces it is not possible to bring about voluntary harmony, the State has to step in to set right the imbalance between competing interests behind conversions.

A potent freedom of religion law is a sine qua non of prevention of induced conversions. A dozen of the erstwhile princely states in the 1930s and 1940s had enacted such laws, mainly to preserve Hindu religious identity in the face of British missionaries. Bills on freedom of religion were introduced in Parliament in 1954, 1960 and 1979. The present Central Government has exhibited an inclination to bring in a legislation to regulate conversions, but the Ministry of Law and Justice is reported to have advised against it, stating that the subject matter of religious conversion has public order connotations and squarely falls in the domain of the states as per the constitutional scheme in the Seventh Schedule.

Eleven states have enacted freedom of religion laws so far. These laws seek to prevent a person from converting through ‘forcible’ or ‘fraudulent’ means or by ‘allurement’ or ‘inducement’; however, return of the converts to their ‘native’ or ‘original’ faith is not prohibited. Conversions are to be regulated by the state and persons desiring to convert are required to seek prior consent from the authorities concerned. In some of the laws, it is mandatory for individuals to immediately report change of religion to the authorities for the purpose of investigation. Constitutionality of five such state laws has been challenged and, recently, the apex court directed the parties to file a common petition in the SC.

The State is legally and morally obliged to ensure that nobody barters away religion, faith and belief of others. Public exhibition of the events of mass conversions and reconversions is equally deplorable. It not only degrades the original faith of the people, but also amounts to playing with their dignity as individuals. Informed and voluntary change of heart and converting to another faith, though, should not be the concern of a secular State.