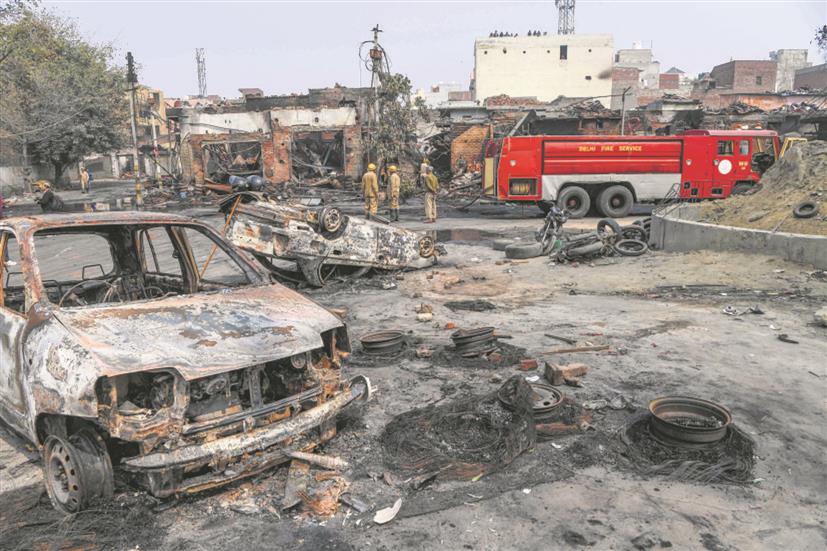 GREAT PERIL: We can ill afford to have recurring incidents of communal disturbances of the kind we recently witnessed in the national capital. 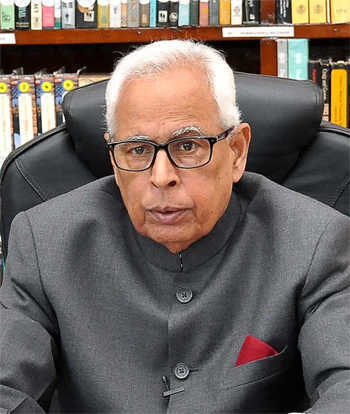 Experience in the post-Independence period has demonstrated that, other things being equal, meaningful growth and development is achieved when there is political stability and public order is maintained in the country. Domestic entrepreneurs and foreign companies shall make investments and be able to function profitably only if peace and normalcy prevail. For securing such an environment, it is imperative that the governance apparatus works with speed and efficiency, law and order is maintained, corruption is controlled and the well-being and safety of all our people is safeguarded. Thus, if progress is to be achieved on all fronts and our country is to advance rapidly towards the attainment of its avowed goals, it is of the highest importance that clean and efficient governance is delivered and an environment of trust, safety and security prevails across the land.

In the recent past, two universities in the Capital witnessed unprecedented violence.

First and foremost, if stability and public order are to be maintained and rapid advancement achieved on all fronts, we cannot afford to have recurring incidents of communal disturbances of the kind we recently witnessed in the national capital, which resulted in violence, killings and large-scale property losses. It is cause for grave concern that, as widely reported in the media, these disturbances occurred because the beliefs and socio-cultural practices of one community were allowed to be questioned and derided by political elements of another community, essentially with the objective of creating religious divisiveness.

It must be remembered that, besides resulting in the immediate loss of lives and large economic losses, every incident of communal violence also leads to many longer-term consequences: it generates suspicion, fear and hatred among people of different castes and faiths and lays the seeds of discord which may not be bridged for generations to come. Also, as was the case in the Delhi incidents, such occurrences create an irreparable divide among people of different religions who had been living happily together, in the same clusters and colonies, for decades past. Sadly, the communal virus, once it gets into the societal bloodstream, is extremely difficult to eradicate.

It is singularly unfortunate that efforts have also been made to inject the cancer of discord and divisiveness in educational institutions. In the recent past, two universities in the Capital witnessed unprecedented violence, besides irreparable disruption of academic schedules. Instead of providing the best opportunities to the student community and tapping India's youthful demographic profile to achieve rapid economic gains, efforts are being made to misdirect the youth for electoral advantages.

The numerous and far spread communities which comprise our vast population represent religious, linguistic and cultural differences that make India a land of unbounded diversities. These differences were sensitively recognised by the founding fathers of our Constitution when they set out the rights and privileges of citizens and the Directive Principles of State Policy.

In their public speeches and statements, political leaders invariably refer to the several thousand years of our country's civilisational past and express rightful pride in pointing to the enormous strength we draw from our 'unity in diversity'. However, it appears that, as a people, our sensitivities to the manifold diversities in our society have been getting progressively dimmed. This erosion is due to certain political parties creating divisiveness among the castes and religions of our people to secure electoral gains.

We need stability to achieve growth, eradicate poverty and inequality and advance towards becoming an economically and militarily strong nation. We cannot afford any disruption of communal harmony which, as has been repeatedly demonstrated, leads to devastating consequences. Instead, we must maintain sustained societal harmony and draw strength by reviving our traditional forbearance of the differences in race, religion, language and culture.

In recent years, in the search of jobs, young men and women in different parts of our country have moved far away from their homes. Today, we have Mizo, Naga and Manipuri youth working in the mountains of J&K and in the deserts of Rajasthan, and Punjabis and Haryanvis working in Kerala and the Andamans. This is a most welcome development as it helps to promote cultural integration. It is our duty to educate our children about the background and cultures of the people they have never seen before. They must learn to respect not only their religions, cultures and languages, but also the eating habits, clothing styles and even the hair-cut patterns of the many new faces we are getting to see and meet every day.

In recent years, there have been ugly incidents arising from caste and religion clashes, kangaroo trials and roadside lynchings. No government must allow such incidents to recur.

Our polity must recognise the dangers which lie ahead if the faults in the functioning of the governance apparatus are not remedied soon. Taking stock of the existing failures and the arising challenges, the executive and the legislature must urgently commence discharging their true constitutional roles. And the judiciary should not wait anymore to fully regain its supreme responsibility to defend, protect and fearlessly enforce the Constitution. The very long pending electoral reforms, which are required to remedy the many ills from which our democratic framework is suffering, must be implemented with the highest priority. Side by side, the polity must accept the need for self-purification, a thorough cleaning up of the entire administrative machinery and reforming the functioning of the multitudinous minions of the state.

It shall require enormous political will and unflinching determination to carry through the required reforms, without which we cannot deliver satisfactory governance to the people of India. One hopes that our polity will muster courage and pick up the gauntlet.