Attacks on minorities may lead to irreversible fragmentation of Indian Union 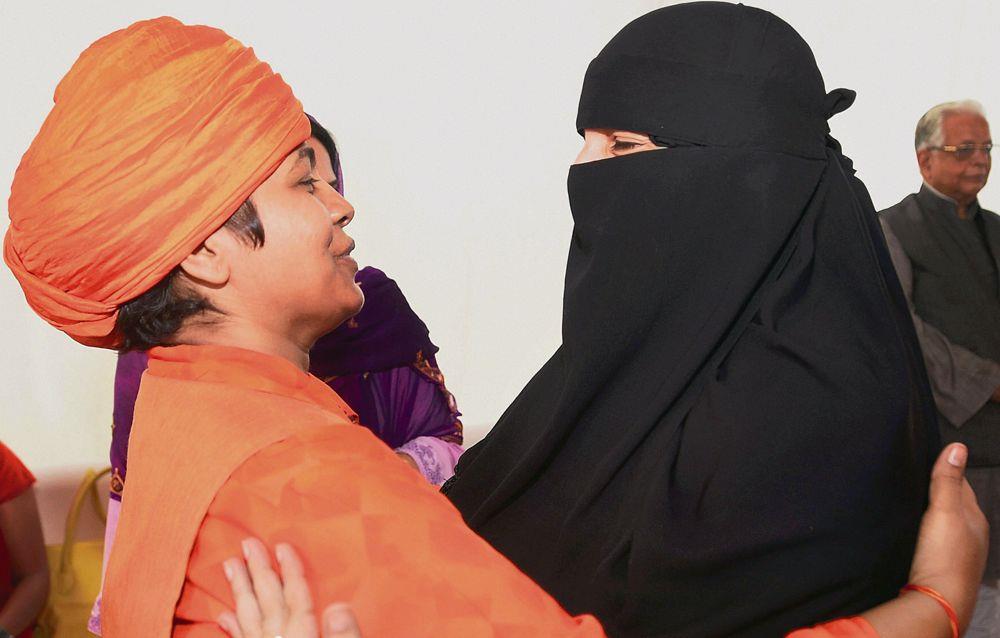 Rich diversity: India is and has always been a plural society. PTI

The three-day hate fest against the Muslim community, held at Haridwar recently, is only the latest in a series of intemperate and vulgar attacks against minorities that, if unchecked, may lead to an irreversible fragmentation and disintegration of the Indian Union. We should stop minimising the destructive impact of these increasingly brazen and violent attacks against minorities throughout the North Indian heartland by putting them in the context of impending elections.

Violence undermines the sense of solidarity among citizens that lies at the heart of a democratic State.

The assumption, completely mistaken, is that once the electioneering is done, we shall be back to our normal day-to-day living and forget these rantings of persons many still consider to be fringe elements. They are not fringe elements. They are now dangerously close to being the mainstream. They have flourished in a political ecosystem built on the deliberate stoking of both sentiments of victimhood and pride, side by side, among the majority Hindu community. The instruments of the State have been bent to advance this communal agenda. The police is thoroughly compromised, the judiciary has become hesitant and selective in upholding India’s Constitution and the carefully constructed system of checks and balances is being dismantled step by step. When this happens, it will not just target the minorities. It will target, as it has already started to do, those in the majority community who question the ruling dispensation on any issue, even unrelated to the communal agenda. If the instruments of the State and its coercive power can be turned to disempowering the minorities, the same, if unchecked, can disempower any citizen, irrespective of his faith. Hindus need to understand that their faith is no shield against a predatory State. There are enough examples from history to bear this out. The use of arbitrary power against minorities which some applaud today and are happy to be complicit in, may soon turn against them and their children.

Violence corrodes democracy. It undermines the sense of solidarity among citizens that lies at the heart of a democratic State. India’s own recent history bears this out. We have had violent paroxysms which have threatened to tear asunder the very fabric of a civilised society. Their scars remain and some continue to fester. What we are witnessing today is a deliberate and cynical attempt to resurrect painful wounds of the past, re-enact past contestations and prevent the consolidation of a common and equal citizenship, which is the foundation of a democracy. We should be aware of our tortured history of immense cruelty, pain and suffering, but the objective of being acquainted with this history is to ensure that it does not blight the future of our children and grandchildren. In some of our commentaries, one sees an attempt to lay the sins of an earlier generation at the door of its present successors and on that basis seek recompense; that reconciliation between the Hindus and Muslims is a two-way street, which behoves the latter to willingly and gracefully hand over the sites, where mosques were alleged to have been built at the sites of temples which may have been destroyed. Once this argument takes hold, there will be an open licence to right what some may consider historical wrongs and we all know how flimsy the historical basis is and how it may be manipulated for reasons other than religious. After all, the champions of Ram Mandir at Ayodhya argued that their demand rested not on law and history but on the strength of their religious sentiment. Once the law of the land is set aside to assuage religious sentiment or the expression of dissent is stifled on the grounds that law and order may be vitiated, the discretionary use of the State’s coercive power will become endemic. When that stage is reached, the State will have the ability to target any citizen irrespective of his faith. Some Hindus may applaud the use of arbitrary power because they believe that it targets the minorities; that the State is indeed complicit and accommodates them in their attacks against the minorities. They do not realise that their encouragement of the use of arbitrary State power is leading to a situation when the violation of their rights by the State will also have no remedy. We are witnessing this already.

Former Navy Chief Arun Prakash has warned us that the divisiveness and social fragmentation we are witnessing today is having a most adverse effect on national security. A divided India is a vulnerable India.

India is and has always been a plural society. The Hindus themselves are a diverse community, though sharing an overarching sense of affinity in their religious beliefs and cultural sensibilities. They speak different languages, savour an enormous range of cuisines, delight in their own cultural traditions and practices and take pride in their local identities. Democracy is the most appropriate political dispensation for India because it allows the celebration of plurality both among the majority Hindus and the minorities. This breathtaking diversity is subsumed in a larger and shared identity of being equal citizens of the country. And that citizenship can only be based on a sense of fraternity among its people.

The Prime Minister has declared an uplifting message of Sabka Saath, Sabka Vikas and also Sabka Vishwas (Together with Everyone, Progress for Everyone and Enjoying Everyone’s Trust). I believe this solemn commitment applies to all citizens of the country he leads and not only to those belonging to the majority community. The hate that was spewed hour after hour by the saffron-clad rabble rousers at Haridwar was an attack on the very essence of the Prime Minister’s message. There was even a threat to shoot dead his predecessor in office, Dr Manmohan Singh. So, the office of the PM is no shield against the murderous intent of these savage elements. If these vile threats are tolerated and go unpunished and unchecked, the very idea of India that we have inherited and nourished through many challenges, will cease to exist. This is a moment of peril for all Indians.