The RGF has been receiving donations from various countries, governments, NGOs and business houses abroad, just like many other think-tanks. Since its inception in 1991, the RGF has not had any functional ties with the Congress except that some of its trustees belong to the party. Allegations relating to it should have been responded to by the RGF CEO and trustees instead of the Congress media department, which further politicised it without any dividend. 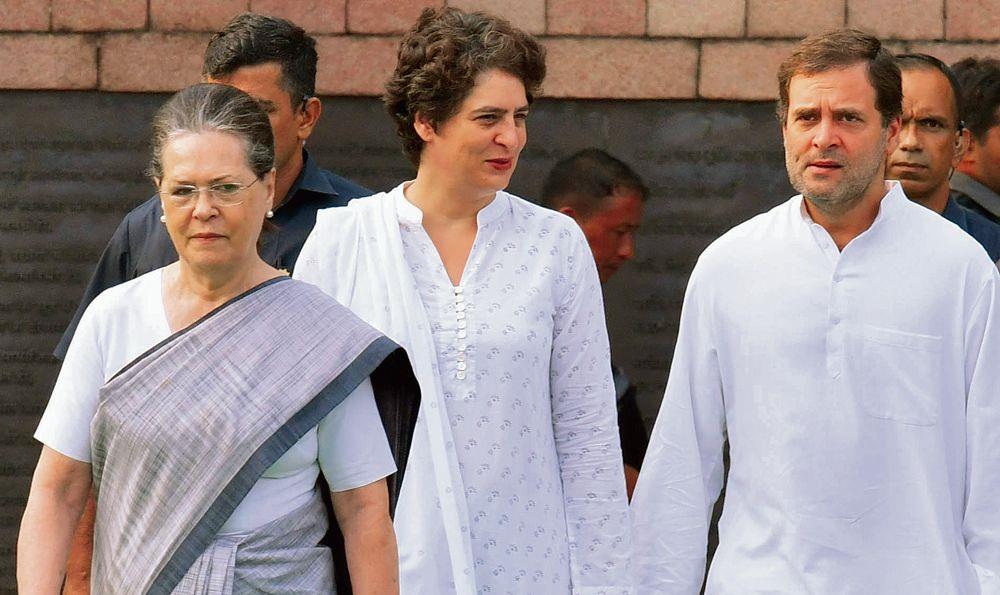 Rusted instincts: The Centre’s house eviction notice to Priyanka reflects badly on the Nehru-Gandhi family and the Congress amid allegations of a sense of entitlement.

This is not for the first time that the Congress has been out of power. But unlike 1977-79 and 1998-2004, the period between 2014-2020 is seeing the worst phase of the grand old party where its political instincts seem to be getting rusted. What is equally shoddier is the Congress’ inability to communicate or offer background information. The latest controversies relating to the Rajiv Gandhi Foundation (RGF) receiving funds from China and the Narendra Modi government’s eviction notice to Priyanka Gandhi Vadra from her New Delhi residence are glaring examples of it.

When BJP chief JP Nadda and others raised the issue of the Congress party having signed an MoU with the ruling Communist Party of China (CPC) in 2008, the principal opposition party failed to release the relevant papers to emphasise the nature of its fraternal ties with the CPC. The sum and substance of the MoU was to provide the two parties an opportunity to consult each other on important bilateral, regional and international developments. In 2008, the Congress had signed a similar MoU with the African National Congress of South Africa. There are over a dozen foreign political parties with which the Congress has party-to-party fraternal ties.

Similarly, the RGF has been receiving donations from various countries, governments, NGOs and business houses abroad, just like many other think-tanks. The RGF has its chapters in the UK, the US and some other countries. Since its inception in 1991, the RGF has not had any functional ties with the Congress except that some of its trustees belong to the party.

Purely on communication terms, allegations relating to the RGF should have been responded to by its CEO Vijay Mahajan and trustees like Suman Dubey instead of the Congress media department, which further politicised it without any dividend. The RGF could have requested its former CEOs like Wajahat Habibullah and Pulok Chatterjee to explain how PM’s relief funds were given and used for tsunami-related work.

The Centre’s eviction notice to Priyanka reflects badly on the Nehru-Gandhi family and the party amid allegations of a sense of entitlement pouring in on social media platforms. As politicians, Sonia, Rahul and Priyanka should have anticipated it coming when the elite SPG cover was withdrawn in November 2019. Instead, the Congress and Priyanka camp followers kept feeding information to the media that the AICC general secretary in charge of Uttar Pradesh was scouting for a house in Lucknow. If Priyanka was indeed serious about shifting to Lucknow, she could have made a base at a vacant house on the Mall Road in Lucknow belonging to a close family relative.

The Congress has also failed to articulate the background in which a house for Priyanka was given. In February 1997, Priyanka got married to Robert Vadra and moved out of 10, Janpath. She was an SPG protectee and security agencies reportedly had problems with the Vadra house in New Friends Colony, New Delhi. This was also a time when AICC chief Sitaram Kesri was contemplating to dislodge the HD Deve Gowda regime. Prime Minister Deve Gowda, in the hope of winning over the influential but still an apolitical Sonia Gandhi, made a gesture to offer a type VI bungalow to the newly-weds at the Lodhi Estate.

By the time the BJP-led NDA took over, someone moved a public interest litigation, challenging the house allotment to Priyanka. Prime Minister Atal Bihari Vajpayee’s government, in which Lal Krishna Advani was the Home Minister, furnished an affidavit to the court justifying the house allocation on security grounds. This rationale stood ground throughout the Vajpayee rule till 2004 and later during the five years of the Modi regime (2014-19), till the SPG cover was withdrawn.

Interestingly, Vajpayee, in 2002, also sanctioned a huge reduction in the monthly rent of 35, Lodhi Estate, Delhi, from Rs 53,421 to Rs 8,888. A note for the Cabinet Committee on Accommodation on July 8, 2003, read, “The matter has been reviewed keeping in view the facts that security protectees (like Priyanka Gandhi) are not unauthorised occupants and allotments have been made to them as per the policy of the government. It has been felt that the security protectees, including SPG protectees, may be charged special licence fee in respect of the government accommodation provided to them as they are private persons and they cannot afford to pay the market rates of licence fees.”

The BJP needs to introspect and respond why Vajpayee and his Cabinet felt that Priyanka and her wealthy husband Robert Vadra could not pay the market rent.

The RGF and Priyanka house rows make many wonder why Sonia Gandhi, who continues to be the AICC chief, has not been able to act as per her political instincts. Old-timers recall how in 2000, when the party’s former chief Sitaram Kesri, a freedom fighter, was served eviction notice to vacate 7, Purana Qila Marg, New Delhi, Sonia had moved swiftly to set up a ‘house bank’ for ‘evicted’ senior party leaders. She had directed party MPs like RP Goenka, Ratna Kumari, Begum Noor etc to donate their official accommodation to those who had received the ultimatum from Urban Development Minister Jagmohan. When she arranged for a house for Kesri, Vajpayee allowed Kesri to retain the 7, Purana Qila Marg residence from the freedom fighters’ quota.

Some Congress leaders of consequence say that they had suggested a Rajya Sabha berth for Priyanka Gandhi in order to retain her official residence but the move was shelved by 10, Janpath. Priyanka herself had opposed it on grounds that when Rajya Sabha berths for the party were so few, these nominations should be reserved for more deserving ones. While her sentiments were appreciated, there were whispers questioning the wisdom of an Upper House berth for a lawyer from Chhattisgarh, who apart from his legal acumen, is said to be assisting Robert Vadra in his legal battle.

Party leaders, in retrospect, wonder if it would have been more prudent for Priyanka to accept Chief Minister Bhupesh Baghel’s offer which could have saved the party a lot of embarrassment over the house eviction.