The bottom line, however, is this: if the Congress emerges victorious in 2022 under the chief-ministership of Channi, it would mean the lower castes have voted for the party in larger numbers and it would become very difficult for the party to remove him. If it does remove him, the BJP’s charge of using him as a ‘nightwatchman’ would stick, and the lower castes would not forget it easily. The caste card is a double-edged sword. 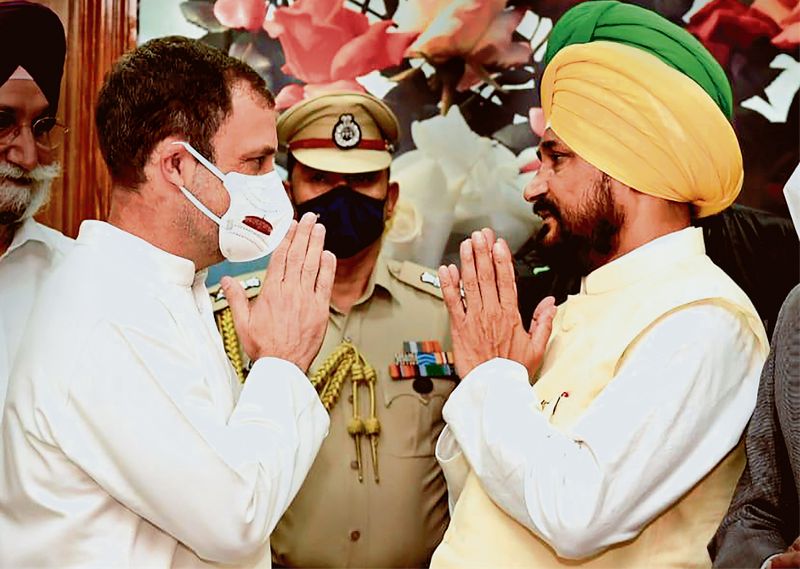 CONUNDRUM: The Congress has to balance the SC/BC versus Jat Sikh claims. PTI 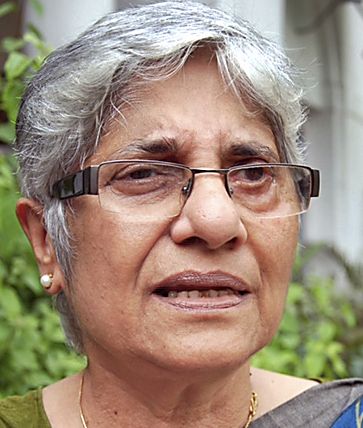 THE Congress has played the caste card in Punjab. In the circumstances it found itself, with the ‘guided’ mess created by Navjot Singh Sidhu, it was the best card it could play after the resignation of Capt Amarinder Singh as CM. It showed the Congress’ experienced hand behind the decision. The touch was different from the way Sidhu, with his phatta-maar politics, was let loose in Punjab.

Obviously, the old guard (at the instance of Sonia Gandhi) moved in to control damage. For the moment, it has also managed to curb Sidhu who was becoming uncontrollable. His threat — ‘eent se eent baja doonga’ — if the high command did not give him decision-making powers must have brought home to the Gandhis that they may have bitten more than they could chew.

They had wanted to cut down Captain to size. He is out. But the near certainty of six months ago — that the Congress was headed for another term in Punjab — is no longer there. The party then was led by a tall and experienced leader, who, for all his faults — like his lack of access to MLAs — had kept factionalism under check. With the Captain gone, the wranglings are out in the open and were in full play even before Channi had taken oath.

Whatever be the electoral outcome in 2022, with Charanjit Singh Channi’s appointment as CM, the Congress has seized the initiative again, at least for the moment. The path is, however, strewn with formidable challenges.

The first is to convert the symbolic advantage of fielding a lower caste person into a substantive one. The Congress has an advantage here because the SCs/BCs in Punjab (they add up to 32 per cent, and one-third of them are Sikhs) have voted for the Congress in sizeable numbers in past elections.

This will mean creating a sense of confidence amongst the community that Channi is not going to be, as the BJP alleges, a ‘nightwatchman’. For, the other claimants for the SC vote — the Akali Dal-BSP combine, AAP which has been working in the community, and the BJP — are not going to remain quiet.

Forget for a moment that Channi’s name was virtually picked out of the hat at the last moment. Ambika Soni ruled out former PPCC chief Sunil Jakhar (when she said she was not taking up the chief-ministership because a Sikh should rule Punjab). Sidhu refused to accept fellow Jat Sikh Sukhjinder Randhawa (now Deputy CM) as CM, even though Randhawa had helped him dethrone the Captain.

The rise of a poor Ramdassia candidate as the CM of Punjab for the first time since the creation of the state in 1966 spoke something about our democracy, for all its imperfections.

Undoubtedly, his appointment — he belongs to the larger and more endowed Ramdassia community amongst the SCs/BCs — will send its own signal. The elevation of Mayawati as UP CM had empowered the SCs/STs/BCs right down to the thana level, even if it did not improve their economic status vastly.

Channi has started off on a good note. He spoke about the poor background he came from, having lived in a mud hut, even pulling a rickshaw, his mother making cowdung cakes. In his penury-to-power story, he saw himself as a ‘representative of the poor’ (than of a caste) and said that caste, creed and colour were irrelevant.

Capt Amarinder’s appeal in 2017 lay in being a Jat Sikh (around 25 per cent), getting the support of the Hindus (around 38 per cent) and his ability to take on the powerful, which the Punjabis like. He could even cock a snook at the Congress high command!

Channi's appeal lies in his caste credentials. He is not likely to cock a snook at the high command, which is what the Gandhis wanted. The whole exercise was about establishing the supremacy of the high command by cutting down the Captain to size.

Now, a more difficult task for the Congress would be to manage the Jat Sikhs who have ruled the state for decades, and think it is their right to do so. This will not just be about preventing a Jat Sikh backlash — and the protesting farmers belong to this category. It will also be about managing the Jat Sikh leaders in the Congress, working at cross purposes: Navjot Sidhu, Sukhjinder Randhawa, and Capt Amarinder Singh, who has not yet opened his cards.

The Captain may have been mollified somewhat, with Sidhu not being made CM, but he will not easily forget that the Gandhi siblings were behind the move to show him the door.

The Congress will have to navigate the Jat Sikh versus SC/BC conundrum. When Harish Rawat, Congress in charge of Punjab, declared that the 2022 election would be led by Navjot Singh Sidhu, it was a way of telling Sidhu that his chance would come. The uproar against Rawat’s statement led the party spokesman to clarify that both CM Channi and party chief Sidhu would lead the campaign.

The Congress may have to use 'ambivalence' as a poll strategy to do the tight ropewalk it will be called to do in the coming four months, to balance the SC/BC versus Jat Sikh claims.

The bottom line, however, is this: if the Congress emerges victorious in 2022 under the chief-ministership of Channi, it would mean the lower castes have voted for the Congress in larger numbers and it would become very difficult for the party to remove Channi.

If it does remove him, the BJP’s charge of using him as a ‘nightwatchman’ would stick, and the lower castes would not forget it easily. The humiliation of being used as a stopgap would resonate beyond Punjab. The caste card is a double-edged sword.

The Congress knows it has to get SCs/BCs back on its side if it is to revive. Only then will the disgruntled upper caste think of returning to its fold to form an SC-Muslim-upper caste axis in north India, which was once fashioned so successfully by Indira Gandhi.

Indira had considered making powerful Scheduled Caste leader Jagjivan Ram the interim PM when she was disqualified from Parliament for electoral malpractices in June 1975. But she ruled it out, knowing that it would be difficult to dislodge him. She decided, instead, to impose the Emergency. She feared Jagjivan Ram even when she was out of power (1977-79) because his rise could have blocked her return.

The Gandhi siblings may well have promised chief-ministership to Sidhu. But then, such promises were made to others also, like Sachin Pilot in Rajasthan and TS Singh Deo in Chhattisgarh!

Could the Congress’ ‘Channi card’ also be a googly to keep Sidhu in check?