Constitution is our gateway to freedom, growth : The Tribune India

Constitution is our gateway to freedom, growth 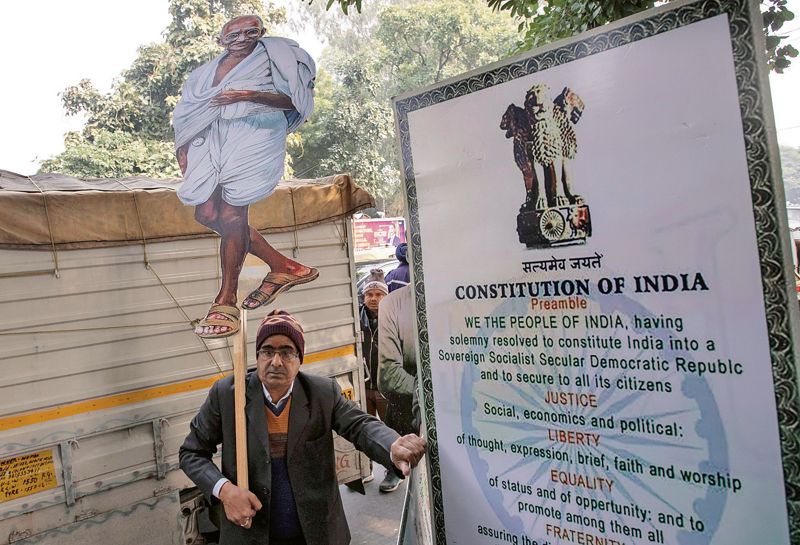 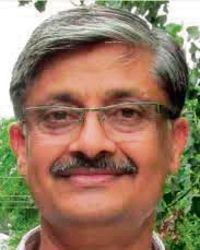 As another Constitution Day (November 26) approaches, we need to remind ourselves that the Indian Constitution liberates us all, individually and collectively. But only if we choose to! We also need to remember that the Constitution was made by people like us to ensure civility in public and private life. It carries no sanction of any religion or tradition. The only thing which holds it together is our desire to be civilised and do good for all. It is very fragile. It needs constant nurturing and protection from those who seek to destroy it in the name of promoting some social tradition or religious requirement. It also needs to be protected from those who through their inactions — or adverse actions — refuse to implement the framework of rules and laws which comes out of the Constitution.

Since the implementation of the Constitution, there has been no compulsion to be under the thrall of any social panchayat, personal law board, religious grouping or leader exercising inherited authority. Religions, traditions and inheritors of power thrive on subjugating the individual. It is reason and good faith in one’s abilities which liberates. But only if the State underpins liberty by creating systems which empower the individual and also provide protection to the individual from bullies. Being lackadaisical on these counts is inimical to all.

The Constitution guarantees to all citizens the right to exist, to believe or not to believe, to earn a living without being part of any primordial group. And yet, despite all evidence to the contrary, since Independence, we have made desperate efforts to convince ourselves that jobs and opportunities can only be had if you are of a particular family, caste, religion, region and similar primordial groupings. So much so that today, many amongst us are fully seduced by the idea that Indian society is a collection of discriminated groups. Any individual who achieves anything in any sphere of life is either presumed to be an exception or extremely well-connected.

In pre-Independence times, the colonial government gave us a taste for an existence free of parochial networks. The Indians loved it. They made extensive use of the new opportunities that emerged. Historians like to call this phenomenon, the emergence of the Indian Middle Class. It wasn’t as if the bullies who derived their power from primordial groupings ceased their heinous ways. The promising young lad, Mohandas Gandhi, was bullied by his caste elders to undertake rituals of purification on his return from Vilayat. Motilal Nehru, Gandhi’s contemporary but a more successful self-made man, refused to be thus bullied and asserted his individuality. He performed no so-called cleansing rituals on the return of his son after an English education. He also violated all presumed norms of eating vegetarian food, not drinking alcohol and not smoking. Gandhi too, once successful enough, was never compelled by caste bullies to undertake any purification after his numerous trips across the seas. If anything, Gandhi’s peculiar food habits, his practise of eating and cohabiting with those of the Panchama groups earned him praise. But therein lay the problem. An individual had to be strong and powerful, and frequently obstreperous, to ensure freedom from bullies who derived their power and authority from primordial groupings.

What we need to notice is that the liberation from primordial groupings that began in the 19th century was rooted in the creation of rules and laws that were consciously designed for the purpose. They derived their legitimacy from the power of reason focused on doing good for the individual. Religion and traditions were not instrumental in making these laws. The possibility of liberating the individual was so attractive that Indians of the 19th century, noticing the absence of similarly rooted rules and practices in their own society, began censuring the society for not being enlightened enough. Such excoriation came to be called ‘The Indian Renaissance’. Liberationist writings from those times, such as that of Jyotiba Phule, consciously linked themselves to the European tradition of freedom of the individual. Vivekananda, Gandhi and Tagore found in it ideas of liberation which they could not locate within Indian traditions. Ambedkar rejected the traditional life of India’s village for being oppressive and iniquitous. The leaders of India, almost all coming from a very small elitist segment of our diverse society, when they got a chance to craft a Constitution, ensured that it was entirely based on the liberationist, enlightened ideas of Europe.

The drift away from those enlightened ideas has far too frequently happened when the authorities of the State encourage forces which are inimical to the Constitution and individual freedom; as for instance, when Indira Gandhi chose to set up the All India Muslim Personal Law Board in an attempt to provide a counter to the rise of the Jana Sangh in Mumbai, or Rajiv Gandhi used the Parliament to push away the Supreme Court’s judgment in the Shah Bano case in the hope of garnering some votes.

Underpinning the Constitution is the modern State system. The growth of a more equitable State system has had a lot to do with weaning away the individual from traditional authorities.

The greater weakening of the Constitution happened when after Independence, the State forgot to simplify its systems and procedures, forcing individuals to subjugate themselves to some extra-constitutional authority. Many readers would recall that till just a few years ago, simple things of everyday living like getting a gas connection, a telephone connection, an identity certificate, property registration or healthcare depended on knowing the right person. Godmen, as also the dons emerging out of India’s slums, flourished in India mostly because they were able to provide real-time services around such issues to those not powerful enough. It is only in recent years when the State started systematising its services and made them available more easily that such people have become irrelevant. The entire Aadhaar programme has been liberating for millions of people who could not prove their identity easily. Ujjwala 2.0 programme today offers migrant workers a cooking gas connection merely on the basis of a self-declaration and without needing any proof of address.

It is not just public spaces that are dominated by administrative rules framed by the State in accordance with the Constitution. They impinge on private spaces too. It is not alright anymore, for example, to beat your wife within the confines of your home. It is not alright to use casteist and religion-based slurs. It is also not all right any more to use violence to settle your private disputes. And it certainly is not alright for parents to coerce their children to marry against their wishes.

The simple fact is that we need to understand the importance of nurturing our Constitution in order to ensure civility in our public and private lives. The Constitution provides us a way out of the old world and the dilemmas woven into that world. Provided, we are willing to abide by it without surrendering to parochial demands or networks.