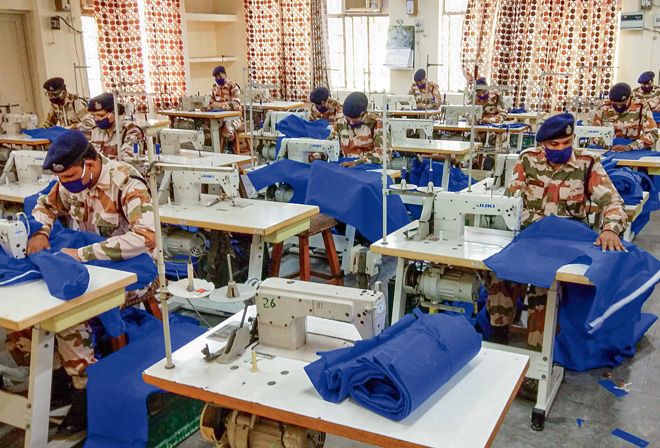 Not in isolation: To accelerate growth, we must remain committed to globalisation.

PM Modi spelt out his strategy for a self-reliant India in his speech to the nation on May 12. This builds on ideas contained in his address to sarpanches on National Panchayati Raj Day on April 24. But elements of the strategy detailed by him contradict each other. It is reassuring to learn that self-reliance is different from ‘self-centred’. But is not being ‘vocal for local’ precisely that? One could also contest the lessons PM Modi says have been learnt from the pandemic. His assertion that ‘all our demands during the crisis were met locally’ is debatable. We continue to import a large number of masks, PPE and ventilators. A case may be made out for locating substantial production of life-saving medical equipment and medicines at home, but this cannot be an across-the-board policy. For the rest, the objective should be to have multiple sources of supply so that overdependence on any single country is avoided. Although India is a major producer of generic drugs, 70% of the Active Pharmaceutical Ingredients (API) are imported from China. When China shut down production during the Covid crisis, the Indian pharmaceutical industry was badly affected. The lesson here is to integrate API production into our pharma industry and diversify sources of supply. In promoting local manufacture, cost and quality factors must to be taken into account. In pursuing self-reliance, we should not end up with high cost and substandard manufacture, as in the pre-1991 years. This would result in slower growth and short-change the Indian consumer.

Modi said the idea of a self-reliant India would not be a self-absorbed vision, but would rather make the country a part of global supply chains and be able to attract FDI. Global supply chains are the very anti-thesis of producing products locally. A final product is made up of components which may be produced in several countries and then assembled together wherever it is most efficient to do so. The location of these production units is governed by cost advantage. This is affected by tariffs imposed on imported components and the quality of infrastructure and logistics. India cannot aspire to be part of global supply chains or hope to attract investors by following a high tariff regime in order to promote local manufacture. What prospective investors will look out for is how good India’s infrastructure is, how well trained India’s labour is and how predictable and friendly the regulatory and legal regimes are. These are also what domestic industry will be looking out for. The objective should be to make India a globally competitive manufacturing platform. This requires an open economy, not one that puts a protective cocoon around domestic industry.

If self-reliance is the objective, how does this square with the welcome mat for foreign investors? Will not these foreign investors compete with domestic producers and gain market share at their expense? Once a foreign producer sets up shop under a protective wall of high tariffs, where is the incentive for him to bring the latest technology and offer high quality goods? Lack of competition will create the situation as we faced before the 1991 reforms, when the few multinationals manufacturing in India dumped substandard products in the market and continued using obsolescent technology. Consistency would demand that self-reliance should not only favour domestic products, but also domestic producers.

Modi’s remarks seem to suggest that he has a certain sequencing in mind while rolling out this new strategy. He pointed out that today’s global brands were once local, too, but when people there started supporting them, they became global. This does not conform to recent economic history. The export and investment-led economies of Asia became competitive by learning to sell in global markets. China built itself into a modern economy by making itself the most competitive manufacturing platform for foreign multinationals that exported most of their output back to their own countries or other developed country markets. Despite being a large and populous country like India, its domestic market was not the reason initially for foreign companies to locate in China. Now that China is a middle income country, its domestic market is an added attraction.

Modi said a self-reliant economy will have five pillars, namely, economy, infrastructure, tech-driven system, vibrant demography and demand. These may be regarded as indispensable ingredients of a modernising economy, but how do we realise them in practice? There is a little more specificity in the key reforms he has outlined. These relate to the four ‘Ls’ — land, labour, liquidity and legal frameworks, and are unexceptionable. Will the pandemic crisis be used as an opportunity to push through measures using the ordinance route? There are dangers in pushing through measures which have not undergone parliamentary scrutiny and public consultation. The process is as important in a democracy as the outcome is. One wishes the PM had added ‘democracy’ as the sixth pillar in his listing.

The self-reliance strategy unveiled has several contradictions which need to be reconciled and resolved in the interest of coherence and consistency. In order to accelerate economic growth and modernise its economy, India must remain committed to globalisation, maintain an open economy and aim to become a globally competitive economy. The lure of self-reliance may take us in the opposite direction.