Most videos feature young men from the lower economic strata at the receiving end of the lathi blows by cops, without any warning or civilised interface, even when the youth are not in a group, in violation of Section 144. The individuals are neither arguing with nor disobeying the police. Indeed, in most cases, the police wielded the baton as if they were dealing with a rioter or someone threatening violence. 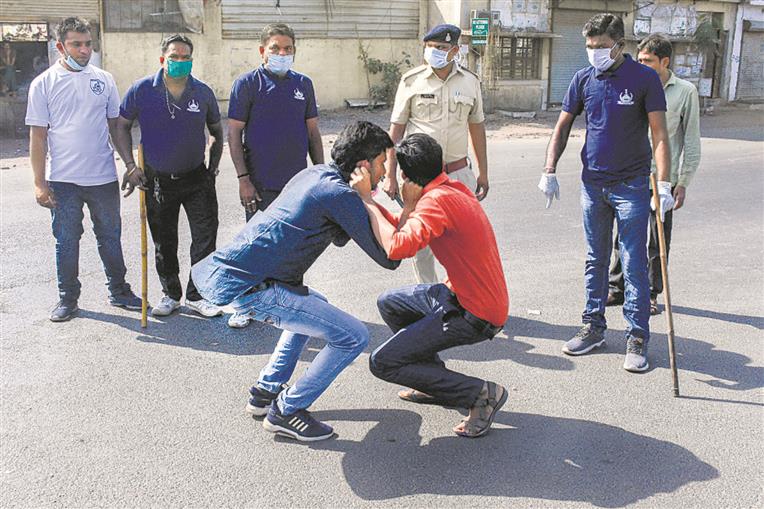 HEAPING INDIGNITY: Video clips of police highhandedness during the lockdown have emerged. Such summary street punishment only feeds the impunity of the State. 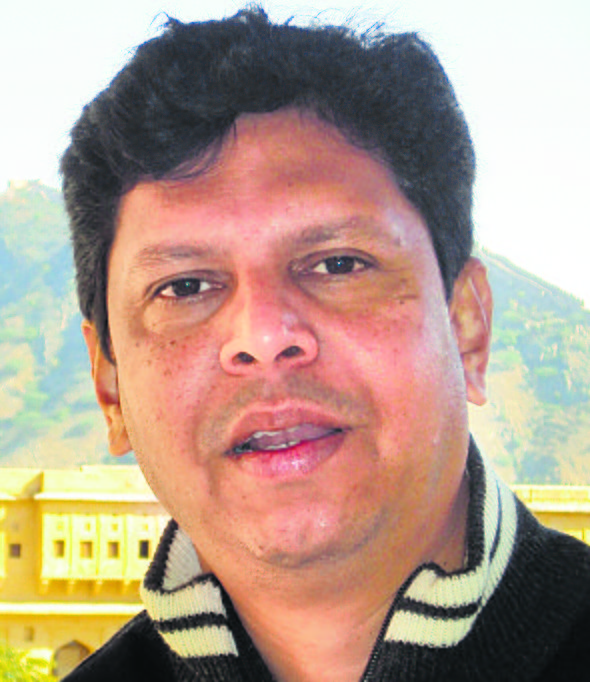 AS the Indian middle class settled down for the 21-day lockdown announced by Prime Minister Narendra Modi on March 24, the social media was abuzz with videos showing individual citizens being thrashed by policemen, across the country, for being out on the road, instead of remaining at home.

Most videos overwhelmingly feature young men from the lower economic strata at the receiving end of the lathi blows by cops, without any warning or civilised interface, even when the youth are not in a group, in violation of Section 144, which disallows more than five people to congregate. The individuals are neither arguing with nor disobeying the police. Indeed, in most cases, the police don’t even seem to have demanded the reason why they had ventured out, and instead, they directly wielded the baton, as if they were dealing with a rioter or someone threatening violence.

Shockingly, one of the first videos that surfaced was shot in Pune on the day of Janata Curfew, when the lockdown orders were not even in place, except for Section 144, already imposed by the Maharashtra government. The video clip, which was shared widely with much mirth, accompanied by typical middle class self-righteousness, shows a youth, barely 20, being questioned by cops as to why he is out. The squirming youth replies that he has a problem. What problem, the cops ask. Tobacco problem, the youth mumbles, implying that he had come out to purchase tobacco. The next moment, a couple of sharp thwacks of the lathi land on his buttocks, sending him scampering.

No doubt, purchasing tobacco is a politically incorrect reason to have strayed out, but what law was the boy breaking to be treated so peremptorily? Certainly not Section 144, since he was not in a group and Janata Curfew was an advisory, not an order. In fact, cops hardly took any action against all the middle class folk, who later the same evening, violated Section 144, by parading out in groups, clanging thalis in response to the PM’s call. Would the same middle class have liked it if the cops had spanked some of them for creating a nuisance in their misplaced enthusiasm?

More importantly, the other clips of police highhandedness that have emerged — from Punjab, Maharashtra, New Delhi, Uttar Pradesh, Telangana, Karnataka, Goa, Tamil Nadu —and have gone viral, show a far greater degree of impunity: indiscriminate use of the baton against hapless individuals (not groups) and disproportionate thrashing when a single blow could have sufficed.

Several incidents have also been reported from across India in which delivery boys, shop-owners and small transporters etc have been beaten or harassed by the cops, without even bothering to ascertain if they belong to the category exempt from the general lockdown.

Even those states where policemen have not used lathis, the option chosen has been equally problematic: like asking individuals to pose with placards stating, ‘I am a public enemy’ or ‘I am a friend of corona’ and posting these online. Others have made individuals do sit-ups or crawl on camera. Such shaming is neither legal nor humane, and heaps as much indignity on the individual as being beaten up.

While Maharashtra CM Uddhav Thackeray quickly instructed the state police to ‘be gentle on citizens who had ventured out’, Telangana CM K Chandrashekhar Rao is believed to have threatened he would be forced to issue ‘shoot at sight’ orders to the police if citizens refused to strictly comply with the lockdown rules. Is it any surprise then that it was in Khammam that policemen were allegedly found to have behaved inappropriately with a young lady doctor, who was returning from hospital duty?

What is astounding is what gives the State the right to treat every citizen as a criminal, when people have been told they can venture out to access essential services, like groceries, banking, healthcare and petrol etc? How exactly are they going to be able to access these, if they don’t step out on the road? Not everything is available in one’s locality, nor does everyone have the capacity to stock up for weeks together, without having to stir from their homes. In the circumstances, why has the State created a situation where a citizen is by default risking his dignity, even if he has to venture out for a genuine reason?

And why are middle-class denizens of the social media behaving like imbeciles and cheering such action by the police, claiming that it is the only way to discipline the unruly Indian public? Is it schadenfreude, because they themselves are besieged comfortably in their homes or is it simply total insensitivity? Don’t people realise that encouraging such summary street punishment only feeds into the paranoia and impunity of the State? In which civilised democracy is a policeman entitled to treat citizens like dirt?

This is not to say that policemen might not have to resort to harsh measures sometimes, but it is only justified when dealing with groups or mobs, not harmless individuals who may have stepped out for some reason, even an unessential one. Moreover, if the State is too harsh, there is a real danger of the 21-day lockdown becoming unsustainable even from the point of view of public morale.

There is much talk about curfew passes and such arrangements which are still not completely in place and too cumbersome and impractical. The Pune police, for instance, have set up WhatsApp numbers on which requests can be made for stepping out by the individuals, with personal details, vehicle details, purpose, locality etc. But is it really possible for every citizen to put in a request for every little errand and, more importantly, for the police to process the same?