Foreign-trained doctors are allowed to get registered in India to practise or do post-graduation only if they clear the FMGE. Over the last five years, the average pass percentage of the FMGE has been about 16%. This is a reflection of poor standards of teaching as well as poor aptitude of students who, despite their low rank in NEET, aspire to become doctors. 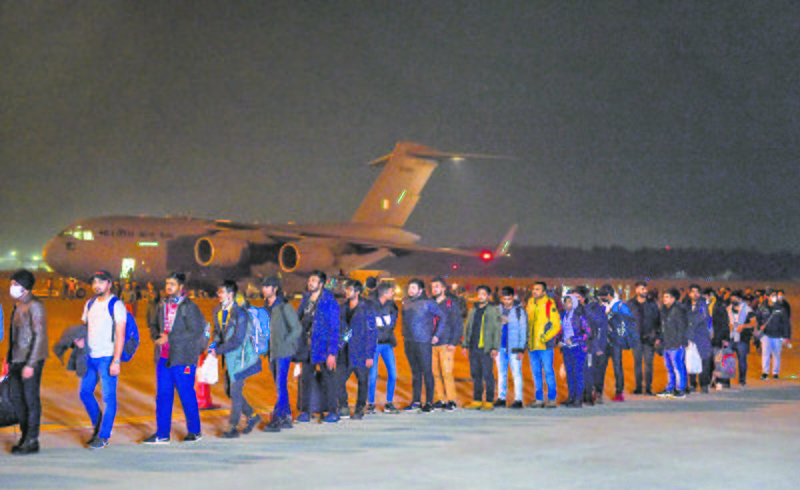 Caught in crisis: The returns of investing in an overseas MBBS degree have not been getting much attention. PTI 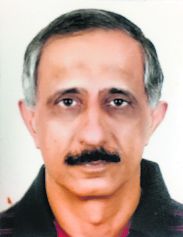 The recent death of an Indian student in Ukraine has brought into focus the plight of thousands of medical students stranded there. Ukraine attracts a large chunk of Indian medical students, though Russia and China are the more favoured destinations. Many students go to Kyrgyzstan, Kazakhstan, Nepal, Bangladesh and the Philippines as well.

Currently, there are 605 medical colleges in the country with an intake of 90,825 students each year for the MBBS course. Nearly half of the colleges are run by state governments and the other half are private or run by trust/society. The MBBS fee in government medical colleges varies from less than Rs 10,000 (AIIMS) to Rs 1.5 lakh (Kerala) annually, but is up to Rs 83 lakh (Mullana) to Rs 1.15 crore (DY Patil, Navi Mumbai) for the whole course in private institutions.

Why do students go abroad for medical education? This year, over 15 lakh students are expected to appear in NEET, the combined qualifying entrance exam for just over 90,000 seats. Because of different reservations and high cost of education in private colleges, students with ranks as good as 35,000 fail to get a seat while those with a low rank get admission in a deemed university or under management quota. Those who cannot afford a private college are attracted to foreign shores since the expenditure there is Rs 20-30 lakh for the whole course. Then there is another category of students, who do not clear NEET or have such a poor rank that they would not get a seat locally.

It was in 2002, in the TMA Pai case, that the Supreme Court ruled that non-aided private institutions could fix their own fees for professional courses. Subsequently, a fee fixation committee was formed in each state which was authorised to take into account the existing infrastructure and expansion plans etc to fix the fees. The aim was to discourage capitation fees and promote merit. The National Medical Commission (NMC) which replaced the much maligned Medical Council of India had formed an expert committee last year to give recommendations for fixing fees for 50% of seats in private medical colleges whose report was submitted in November. In each private college, 50% seats are given on merit (NEET rank) with fees up Rs to 6-10 lakh per year. The rest of the seats are the management quota seats with fees of Rs 15-18 lakh per year. The fees in deemed universities go up to Rs 25 lakh per year. Till 2016, private colleges were mandated by law to run the course on a no-profit basis. However, the government has done away with this clause, and has also allowed up to 10 per cent fee escalation every year.

The foreign-trained doctors are allowed to get registered in India to practise or do post-graduation only if they clear the Foreign Medical Graduates Examination (FMGE). Over the last five years, the average pass percentage of the FMGE has been about 16%. Pralhad Joshi, Parliamentary Affairs Minister, recently stated that 90% of the students who study medicine abroad fail to clear qualifying exams in India. This is a reflection of poor standards of teaching as well as poor aptitude of students who despite their low rank in NEET aspire to become doctors. Thus, of the close to 30,000 foreign degree holders, only less than 5,000 can practise medicine officially. The rest would take the exam again or practise medicine in a small place illegally or change their profession. Their chances of getting into post-graduation are abysmally small.

It has been suggested that India should increase medical college seats. As per the suggested doctor:patient ratio of 1:1000, India needs 1.38 million doctors. It has 1.2 million registered allopath doctors. In the last eight years, the number of MBBS seats in the country has increased from close to 51,500 to over 90,000. There is a debate among the experts whether there should be a further increase or not. Adding more seats requires not only infrastructure but also adequate faculty. And if only a small proportion of such seats are in the range of affordability, it will only aggravate the problem.

The other related issue is of post-graduate (MD/MS) seats. Today, there is a clamour for specialists and super-specialists. Resultantly, every MBBS doctor wants to be one. But the number of PG seats is only about 55,000 (MD/MS/DNB/diploma) currently. Last year, 1.75 lakh MBBS doctors appeared for the NEET PG. Thus there is an ever increasing backlog of PG aspirants which gets compounded by the number of foreign trained doctors joining the pool. Increasing MBBS seats will further aggravate the problem.

Another serious matter which has not been discussed much is what are the returns on investing Rs 50 lakh to Rs 1 crore in an MBBS degree. An MBBS doctor gets Rs 30,000-40,000 in a private hospital (more if he invests in his own clinic) and approximately double that in a government job.

To recover the cost of his/her education, some doctors often indulge in unethical practices. A few years ago, the BMJ had published the account of Dr David Berger, an Australian doctor doing a stint in an Indian government hospital (‘Corruption ruins the doctor-patient relationships in India’, BMJ 2014). He was surprised to see routine patients of hypertension being referred for echocardiography to a private facility, every three months. He was informed by other government doctors that each referral gets them a few hundred rupees. He had commented: “The country’s doctors live in an ‘unvirtuous circle’ of referral and kickbacks.”

We need to find a way out of this situation. Though the revamped NMC has been proactive recently, yet it needs to do much more. It is imperative that medical education be streamlined, starting with rationalising private college fees and MBBS/PG seat mismatch. The need for increasing MBBS seats should be assessed keeping in mind employability. Parents and aspirants should be counselled about the prospects after graduation from foreign colleges.