A committee is only as good as its members. It is no secret that the farmers’ organisations were apprehensive about the composition of a committee appointed by the court. The process by which the court arrived at these four names left a lot to be desired, to put it mildly. The same court that chided the government for passing the farm laws without consulting the farmers adopted an even less transparent process to decide upon this committee. 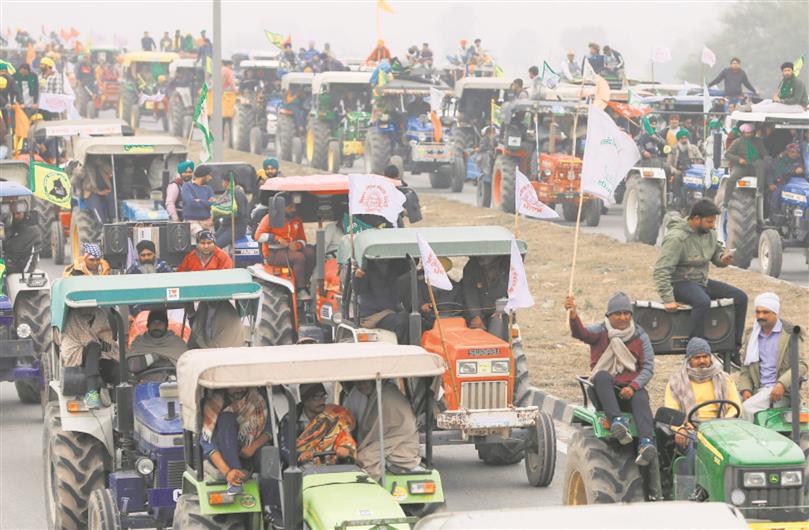 ON GUARD: The farmers have been suspicious of being pushed into mediation that they never asked for or consented to. Reuters 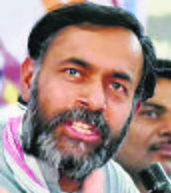 IN rejecting the Supreme Court-appointed expert committee to mediate between farmers and the Narendra Modi government, the farmers’ organisations have not only wisely sidestepped a possible trap, but have also reaffirmed a basic principle of democratic accountability and responsible governance.

Let there be no confusion about it. The expert committee appointed by the SC is not meant to advise the court on technical matters of agricultural marketing or on the implications of the disputed agricultural laws. The order of the Supreme Court makes it clear that the committee is to facilitate negotiations between the government and farmers’ organisations: “The negotiations between the farmers’ bodies and the government have not yielded any result so far. Therefore, we are of the view that the constitution of a committee of experts in the field of agriculture to negotiate between the farmers’ bodies and the government of India may create a congenial atmosphere and improve the trust and confidence of the farmers.”

That is precisely why the farmers’ organisations had resisted, right from the beginning, the idea of any such committee. They have objected to being forced into binding mediation, questioned the instrument of a committee and suspected the composition of such a committee. On all three counts, their assessment has been proven right.

First of all, the farmers have been suspicious of being pushed into mediation that they never asked for or consented to. They have never said no to negotiations with the government. Sure, the talks with the government have been frustrating. The Modi government has been intransigent. Yet, that is the only site for negotiations in a democracy. In the last instance, elected representatives are there to speak to the people. They are accountable to the people and to the farmers. The courts are there to adjudicate between right and wrong, legal and illegal. The courts are not there to engage in give and take, which is part of any negotiation. That is why the courts are responsible to the Constitution and not accountable to the people. That is the logic of democratic governance. Any attempt to shift the site of negotiation from the government to the judiciary amounts to overturning this basic democratic logic.

The government’s keenness to shift this ‘headache’ and the Supreme Court’s alacrity to take over have strengthened the resistance of the farmers. It needs to be underlined that the protesting farmers did not approach the court. Nor did the government, at least not on paper. The initial petitioners were third parties who wanted the court to evict the farmers from their protest site. The other set of petitioners questioned the constitutionality of the three laws and wanted these scrapped. None of the petitioners prayed for mediation from the court. Yet, from day one, that is what the court was interested in. The court dismissed, and rightly so, the pleas asking for eviction of the protesting farmers. It recognised, again rightly so, the democratic rights of the farmers to engage in a peaceful protest. As for the pleas, regarding the constitutional validity of the three laws, the court put this on the back burner, saying that it will consider these at an appropriate time.

The Supreme Court could have expedited this process by setting a time frame within which it will decide upon the constitutional validity of these three laws. That would have been most appropriate. But it chose not to do so. Instead, the court chose to focus on a third issue beyond what was asked for by any party and beyond its legal remit. Farmers’ organisations were smart enough to resist this move from the beginning.

The second objection of the farmers’ organisations was to the very mechanism of a technical committee of experts. This idea was proposed by the Modi government in the very first round of negotiations held on December 1, and the farmers rejected it there and then. Such a committee would be very useful to clarify a point of law or to work out policy or fiscal implications of the proposed laws. Such a committee could also help work out the details of a compromise formula, once the basic framework is agreed to. But a technical committee cannot possibly work out the basic framework itself. Mediation is not done by technocrats. It is done by non-specialists who have some familiarity with the subject, but more importantly, who enjoy the trust and confidence of both parties. The Supreme Court-appointed committee of experts was never going to be that mechanism.

Dushyant Dave and the other three lawyers representing just eight out of 400-plus farmers’ organisations involved in this protest were wise to keep away from the court’s deliberations on this issue.

Finally, a committee is only as good as its members. It is no secret that the farmers’ organisations were apprehensive about the composition of a committee appointed by the court. The court’s order confirmed their worst fears. The process by which the court arrived at these four names left a lot to be desired, to put it mildly. The same court that chided the government for passing the farm laws without consulting the farmers adopted an even less transparent process to decide upon this committee. Names like P Sainath and ex-CJIs were thrown around and quietly dispensed with. No one knows who suggested the four names that the court came up with. Little surprise then that the four names have invited disappointment and ridicule. Not because the four members are not respectable, but because these are arguably the four best advocates for the government’s position and the laws. That the court chose such a partisan committee to mediate between the farmers and the government has cast a shadow on itself.

Someone might ask: Forget the technicalities, but what’s wrong in the top court stepping in to resolve a deadlock? Well, that is possible, provided the Supreme Court were to enjoy moral authority over and above its legal and constitutional powers. Such moral authority is commanded, not demanded.