The desperate release of prisoners to temporarily ease congestion in jails cannot answer the ills that plague our prison system. The pandemic has caught the Indian prisons off guard, leaving the authorities no choice but to release the prisoners in large numbers. While no one ought to be behind bars unnecessarily, the criminal justice system has a responsibility to provide safe accommodation to those required to be in correctional facilities. 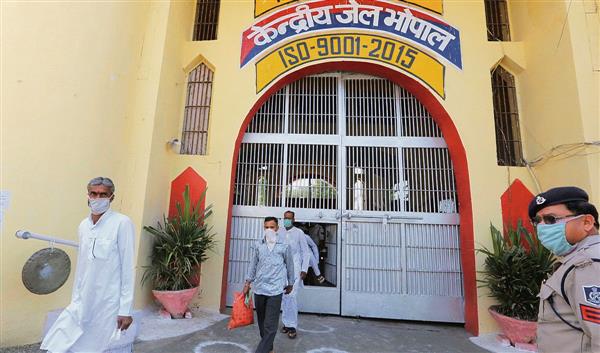 Need for reform: Covid-19 has highlighted the ills that ail the prison system.

At least 11 states and union territories have reported Covid-19 cases in prisons. This is nothing short of a nightmare because with over 500 prisoners and staff members testing positive, the risk of further spread among the nearly 4.6 lakh prisoners and 60,000 staff members is high. With only one medical worker to cater to 243 inmates, a meagre 4 per cent of the total daily expenditure on a prisoner spent on medical facilities, and an overall staff vacancy of 30 per cent, one can well understand the ability, rather inability, to tackle an outbreak inside the prison walls.

The spread of the virus led to a demand to decongest the prisons. Governments responded in unprecedented haste, releasing prisoners in large numbers. In India, pursuant to the orders of the Supreme Court, and recommendations of the state-level high-powered committees set up on SC orders, to identify categories of prisoners for release, more than 61,000 prisoners have been released. This has reduced the overall occupancy by an estimated 15%, though the releases do not factor in new admissions in prisons, according to the Commonwealth Human Rights Initiative (CHRI) data.

The pandemic has laid bare fault lines in institutions, including prisons. As per the National Crime Records Bureau (NCRB), the national prison occupancy is 117.6 per cent. A deeper look shows this average is just the tip of the iceberg. State-wise overcrowding is as high as 176 per cent, like in Uttar Pradesh. Even where occupancy rates for states might be within limits, individual prisons remain overcrowded. For instance, in Rajasthan, the overall prison occupancy is 90 per cent, though almost one-third of its jails are overcrowded with several prisons housing more than twice their sanctioned capacity.

But the desperate release of prisoners to temporarily ease congestion in prisons cannot answer the ills that plague our prison system. The pandemic has caught the Indian prisons off guard, leaving the authorities with no choice other than release prisoners in large numbers. While no one ought to be behind bars unnecessarily, the criminal justice system also has a responsibility to provide safe accommodation to those required to be in correctional facilities. It would not be wrong to assume that desperate release of prisoners jeopardises the safety of prisoners as well as victims of alleged as well as proven crimes.

The current crisis has unveiled the broken prison system of the country and these releases are nothing more than a desperate effort to cover up its pre-existing inadequacies.

Today, India’s prison system appears to be on the horns of a dilemma — whether to release prisoners without due diligence or face a catastrophe leading to the deaths of prisoners and the jail staff. It would not be wrong to assume that the emergency release of potentially harmful prisoners such as those convicted of violent offences, including sex offenders and domestic violence offenders, could potentially jeopardise the safety of the victims.

Under normal circumstances, both bail and parole releases take into consideration the safety of the victims and witnesses, prisoners’ own safety, probability of escape and security of evidence in an undertrial’s bail decision, at the least. One should question previous decisions where bails were rejected or paroles denied in these cases, but it cannot be denied that

rapid releases do undermine some of the non-negotiable considerations for the release of prisoners.

There have been reports where the prisoners released committed further crime or themselves fell victim to crime. In India, a prisoner released from Nagpur jail allegedly committed a murder and in another case, two brothers released from a prison in Assam, were reportedly killed by a mob.

So, what were the mechanisms that could have saved Indian prisons from the pandemic? There are two that deserve a mention — the Under Trial Review Committee (UTRC) and the Board of Visitors (BOV). Both are district-level committees — the former is mandated to periodically review cases of undertrials and prisoners, while the latter can monitor the implementation of statutory standards relating to the prison conditions.

The UTRCs are chaired by the district and sessions judges and have members from the district administration, police, prisons and the legal aid authority. With a mandate of reviewing 14 categories of cases, much wider than any that the temporarily set up high-powered committees have been recommending for release, the UTRCs have a high potential of ensuring that no person is unnecessarily detained in prison.

However, in reality, the UTRCs have been largely limiting their review to cases under Section 436A of the CrPC which allows a person to be released on bail after completing at least one half of the maximum period of imprisonment under the offence charged.

The mandate includes review where charge-sheets have not been filed within the statutory time-frame, like in case of sick prisoners, women prisoners, prisoners of unsound mind, young offenders accused of petty crime and prisoners held under preventive detention, etc. The effective functioning of the UTRCs could have brought down occupancy rates considerably.

citizens. The latter are described as public-spirited individuals appointed by the Home Department of a State or UT for each prison. Official members are drawn from the judiciary as well

as other state departments. These

visitors and non-official visitors are mandated to periodically visit the

prisons and address administrative issues and other grievances.

The BOVs lie dysfunctional in a majority of the states. A CHRI study found that only 24 per cent of the 491 prisons that responded to RTI requests had BOV constituted for them. Further, BOVs held only 20 per cent of their total mandated meetings. Therefore, issues of poor infrastructure, overburdened staff and lack of medical facilities, which could have been systematically addressed, continue to plague the system, leaving it vulnerable for transmission of the virus.

With experts suggesting that the virus is here to stay, prisons will continue to be hotspots for Covid-19. The impending crisis is a not-so-subtle reminder of an ailing prison system and the need for reform by ensuring adequate healthcare, hygiene, sanitation and regular monitoring.

Elections for Congress chief to be held in September 2022