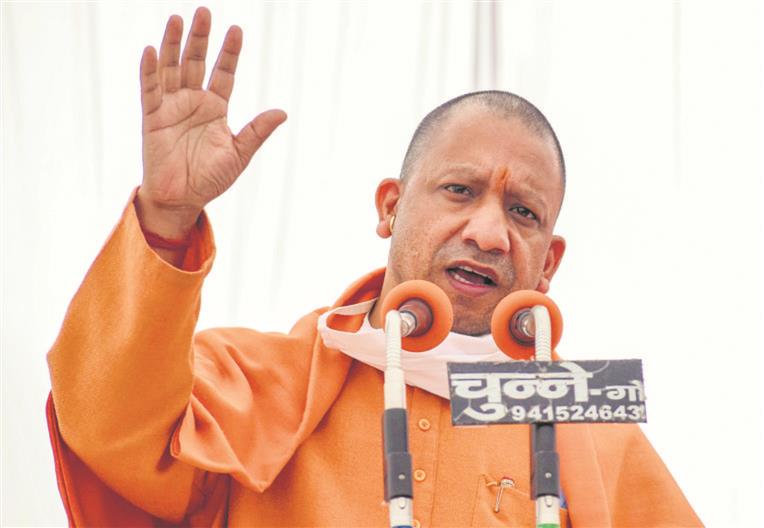 BOTCHING UP: The CM approached the medical crisis with the ruthlessness he exhibited when quashing the protests against the CAA. PTI 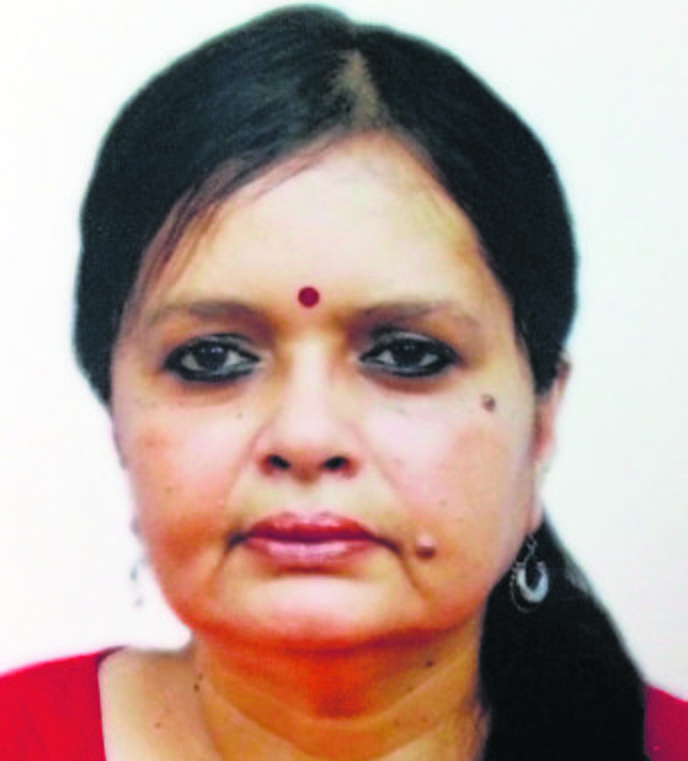 It’s a distinction that will not please Yogi Adityanath, who earned the honour of being the country’s ‘best performing Chief Minister’ each year for the four years he has been in office in the ‘mood of the nation’ survey. Today, his state, Uttar Pradesh, ranks among the five hardest hit by the pandemic. UP recorded 21,331 documented cases on May 10, taking the total to 15,24,767 and 278 reported deaths in a day. It’s important to qualify the data with the recorded count and the unrecorded numbers, because by the admission of officials, in UP’s backwoods, many families do not report deaths and privately dispose of bodies. Crematoriums and burial grounds are running out of space, besides wood, ghee and the paraphernalia demanded by Hindu rites have become expensive and scarce. Therefore, we will never get an accurate assessment of the lives lost to the pandemic. What the details give is a sordid picture of the UP Government’s mismanagement, skewed priorities and callousness.

Were the Kumbh Mela and the panchayat polls worth the price they extracted? The UP Government owes an answer.

Once the cities started to report endless death counts that vastly varied from the official versions and social media depicted pictures and videos of round-the-clock burning pyres, overheated furnaces and distraught relatives awaiting their turn with corpses, the government was left with no wiggle space. Adityanath ordered that Lucknow’s largest cremation ground at Bhainsakund should be shut off with painted sheets to hide the unfolding horror. Worse was to come. On Sunday, dozens of bodies washed up on the Yamuna banks in Hamirpur district near Kanpur, suggesting that families themselves disposed them of because the local administration would not help with the arrangements. One news report quoted a police official saying that the fear of the virus led the families to cast out the bodies in the river or burn them in the fields, eluding a census. The victims, who probably died gasping for air, were not even given a dignified departure. The survivors can never hope to get the closure that a death brings about when the rituals are appropriately solemnised.

The CM, who presides over UP’s largest and richest monastery with unquestioned authority, rules the state similarly through decrees. The Opposition is barely visible and Adityanath’s own colleagues have been reduced to nameless, faceless entities. The pandemic was not an exception. In its wake came a series of commandments from Adityanath’s office that betrayed a lack of the empathy that human suffering expected from the powerful. He approached the medical crisis with the ruthlessness he exhibited when quashing the protests against the amended Citizenship Act in December 2019.

He threatened to invoke the stringent National Security Act and the Gangster Act against those found ‘guilty’ of spreading fear and panic on social media and impound their properties—a measure he used against civil society activists. As UP hospitals faced a serious oxygen crunch, he claimed that there was no shortage of oxygen, hospital beds and life-saving drugs, belying ground truths. The panic-stricken hospital managements and doctors asked that unless the CM recognised the realities, what was the point of cracking down on the so-called offenders? The medical community invited him to personally audit oxygen supplies in hospitals and decide who left the facilities and the patients in the lurch: the doctors or the government that distributes the life-saving cylinders?

The government’s top-down attitude was manifest when it mandated that a referral approval letter from the local chief medical officers should be obtained to seek hospitalisation at private and state centres. The procedure took inordinate time that itself cost lives, because even if beds were available, the hospitals would not admit patients without a ‘referral’. Under the Centre’s pressure, Adityanath partially revoked the fiat. An official letter is now required only to access government hospitals.

Even as the government officially ordered ramping up Covid diagnosis through the RT-PCR, private labs were pressured to scale down testing and block sample collections by the administration to keep the numbers small.

The deathblow in a chain of disasters came with the Kumbh Mela and the panchayat elections. With the Assembly elections in UP and its neighbour, Uttarakhand, scheduled for February-March 2022, not only was the humongous gathering of pilgrims brought forward by a year from the calendar date, the Centre and the two state governments were keen to keep the Hindu clergy on their side by not downscaling the celebrations. As if the mela was not tailored to become a super-spreader, the state election commission—bound by the Allahabad High Court’s order—went ahead and held the multi-phased panchayat polls. These elections caused 25 to 30 per cent of city-dwellers, mainly school teachers, to relocate to villages—so far largely untouched by the virus—on polling duty. The first round on April 15 reported numerous cases of teachers testing positive. On April 29, when all the votes were cast, UP’s Prathamik Shikshak Sangh, which claims to represent nearly five lakh teachers, listed over 700 casualties. The actual figures could be higher.

The High Court did not reconsider its directive, although its strictures on the deaths resulting from oxygen shortage ought to have rattled any government. It called the lack of oxygen in hospitals a ‘criminal act’, ‘not less than a genocide’.

The state government could have intervened and deferred the rural polls. However, the temptation to use the outcome and amplify the atmospherics in the prelude to the Assembly elections was too big for the BJP. The BJP was sanguine that as a ruling party, it would get a positive mandate that would augur well for its prospects 10 months hence. Although the polls were not fought on symbols, individual candidates were backed by the principal parties. The trends showed that the BJP came a poor second after the Samajwadi Party, which staged an astonishing come-back. But were the politically motivated Kumbh carnival and the panchayat polls worth the heavy price they extracted? The BJP and the UP Government owe an answer.

Only excess doses to be exported | 100 cr production expecte...

Soni once took on Sidhu

Now, a psychological gym for your soul