Prospects of communal & economic distancing after lockdown are frighteningly palpable 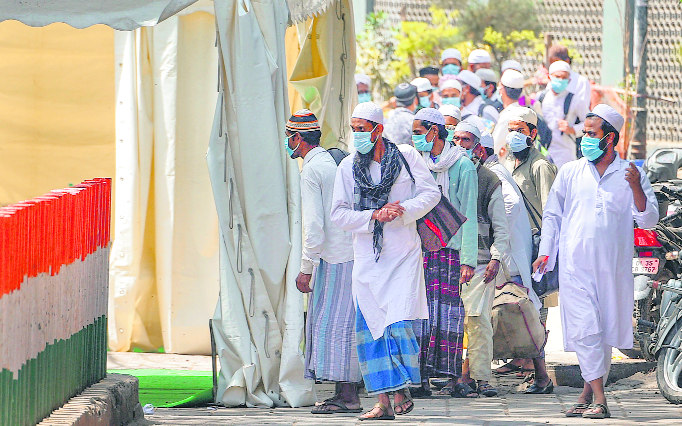 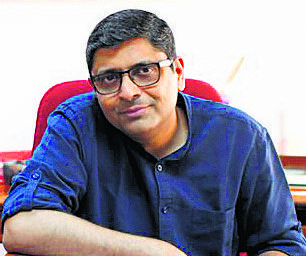 Is the end of the Covid lockdown the beginning of an epoch of misery? Whatever the economists predict, it is a fact that the economy will remain contracted for sometime. Even those individual companies or sectors that escaped the 2008 recession unscathed have reduced wages, cut costs, retrenched employees and are bracing for doomsday, all within three or four weeks. Worse, the governments have been spending without any revenue accruals and the Centre has frozen the dearness allowance to its employees. One probable reason we had weathered many economic storms earlier is our humongous informal economy, which doesn’t get impacted immediately in most cases, and is widely distributed across regions and sectors. But not this time. The informal sector was the first to get impacted. Millions lost their livelihood. Now, when the lockdown ends, they will remain vulnerable in a new way, which is going to alter our social norms and probably even our political discourse.

In these times of ever-increasing societal breach between the patron and the patronised, there is no scope for subtleties of respectful coexistence.

Prosperity only trickles down in our society, but then distress comes down in torrents. Every salary cut for middle-class employees gets translated into a worse cut in wages for those in the informal sector they employ -- the domestic helps, artisans, unskilled workers. It also leads to a reduction in universal demand, which gets accentuated in the case of the producers, sellers and distributors in the informal sector.

Coupled with this cut in demand is the sudden fear of everything that comes from outside the house, be it vegetables, fruits, milk, grocery or a shirt ironed by a poor labourer. Suddenly, the poor are not only becoming poorer because of the universal reduction in salaries and wages, but they are becoming dangerous too. In a city like Chandigarh, vegetable and fruit vendors -- those who get up at 3 am to start their day -- are being asked to produce curfew passes by residents, who had all along patronised them. To get a curfew pass is a bureaucratic process well beyond the wherewithal of a vegetable vendor; and then to re-examine whether it is valid or not is to create a new system of governance where the honest are getting criminalised for being poor and illiterate.

In another sense, the distance between the consumer and the poor service provider is getting bigger, with the service provider becoming weaker, meeker and being pushed towards the margins of law. Suddenly, the Covid fear is bringing back the worst aspects of untouchability that India had fought for a very long time. Earlier, if caste calculated the social distancing, now poverty and occupation would determine the distance that needs to be kept by a producer or a seller or a service provider from the consumer. Since every person outside the house is a potential carrier of the novel coronavirus, the Covid fear can get transformed into prejudice against those perceived as less clean and hygienic, but who must approach the consumer to make a living.

The Tablighi Jamaat controversy has already turned social distancing into communal distancing. But its worst impact is in Jind district of Haryana. According to news reports, some 35 members of six Muslim families have converted to Hinduism. It is an irony that the first such reported instance of conversion due to the atmosphere of communal anxiety created by the pandemic is from a community which has a fluid religious identity. The Muslim Mirasis ought to be celebrated as part of India’s inclusive celebration of diversity: they are Muslim performers who sing Hindu hymns. But in these times of communal distancing and ever-increasing societal breach between the patron and the patronised, there is no scope for subtleties of respectful coexistence; these Mirasis were forced to give up the Muslim part of their self and to reinvent themselves as Hindus.

Sure, Covid alone has not created this situation. It was physical and emotional violence unleashed in episodes of lynching, rioting and political polarisation over many years that had created the situation where the callous stupidity of a preacher and his congregation got converted into a nationwide, targeted attack against an entire community, as if there would not have been any Covid transmission without the Tablighis. But in the case of the Mirasis of Jind, there was a very distinct economic reason for the conversion. In a news report, a community elder is quoted as saying that they will not be able to survive without Hindus offering them alms and that the Tablighi controversy has broken that Hindu-Muslim contract in their Danoda Kalan village, far away from Nizamuddin in Delhi.

This breach is also proof of the weakness of our structures of political representation built on the colonial props of identity politics. For a long time, the assertion of the Muslim identity, and the coupling of this identity with that of the dominant castes, used to fuel political power, which was mostly wasted by a few families in amassing wealth. Unfortunately, identity politics is no one-way street, where only certain identities get formed and strengthened. In the present era of the Hindu identity project, the fear of the rise of feudalism is real, because the bells and whistles of this identity are far more troublesome than the identity itself.

Hence, the prospects of communal and economic distancing in a post-lockdown India are frighteningly palpable. Just as the poor get poorer and the meek get meeker, oppressors could bare their teeth and dig their nails deeper against those lower in the economic strata. Will a rebellious instinct break this freefall of the poor? Without an external agency, political mobilisation had always been almost impossible in the Indian context. So, it is difficult to assume how the economic distress and the Covid untouchability would play out in the political sphere, but the tidings are terrible. If only men became compassionate in crisis!