Covid variants and the spectre of the third wave

The current surge of cases in the UK, the US, South Africa and South East Asia is linked to the emergence of the Delta variant of the coronavirus. It is one of the four variants of concern. Variants emerge from mutations or changes in the genome sequence of an organism. Mutations emerge purely by chance and can result from genetic ‘copying errors’ made when the organism replicates. 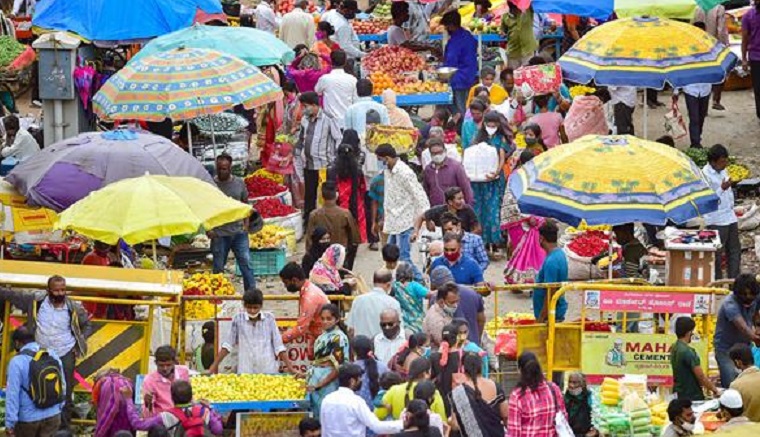 Risky: Flouting the Covid protocol will speed up the onset of a possible third wave. File photo 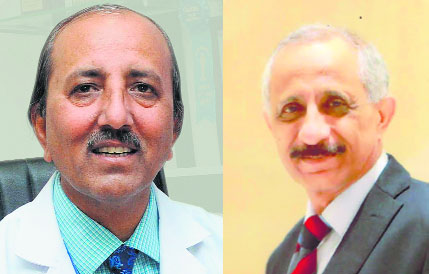 After reaching the peak of over four lakh cases per day in India, the daily Covid-19 cases during the second wave have been on the decline, but there remains the possibility of a third wave affecting us. With opening up of the lockdown, people have thrown caution to the wind. They are flouting Covid norms, flocking to the hills in ‘revenge tourism’ and putting everyone at risk once again.

The Spanish flu had troubled mankind in four waves, and the novel coronavirus SARS-CoV-2 has already hit many countries in three waves. The situation is compounded by the report of a Belgian woman getting infected with two variants together and that of the first Indian who got Covid infection getting it again a year later.

The current surge of cases in the UK, the US, South Africa and South East Asia is linked to the emergence of the Delta variant of the coronavirus. It is one of the four variants of concern (VOC). Variants emerge from mutations or changes in the genome sequence of an organism. Mutations emerge purely by chance and can result from genetic ‘copying errors’ made when the organism replicates.

When a virus has one or more new mutations, it’s called a variant. Random mutations that allow a virus to survive better or become more infective are passed on to the next generation when the virus multiplies. Many mutations may make the virus weaker or less infectious.

For the infected individual, mutations become a matter of worry if the variants become more infective or cause a more severe disease or escape the effectiveness of vaccines.

Some current VOC include Alpha, Beta, Gamma and Delta. Some of them are more infective and can cause a more severe disease, others reduce the effectiveness of some monoclonal antibody medications and the antibodies generated by a previous Covid infection or vaccine.

The Delta variant has spread to over 100 countries and is the primary cause of the Covid resurgence in many places. The Delta Plus variant is its subdivision, which originated in Maharashtra. It is suspected to trigger new cases of Covid-19 in the state. Apart from the primary symptoms, it can also cause stomach ache, nausea, appetite loss and vomiting.

A number of variants have been designated as variants of interest (VOI). These include Eta, Epsilon, Theta and Kappa. VOI can be potentially more infective or cause a severe disease or escape immunity. Evidence for all these is preliminary. Earlier this month, the WHO termed the Lambda variant also as a VOI. Originating in Peru, it has been detected in more than 30 countries in the past four weeks, predominately in South America.

Then, some variants are being monitored. These include Iota and Zeta. There is inadequate information as yet about their significance.

Public health experts have been warning of an impending third wave in India. It has been said that it is only a question of when it will strike. This concern has been raised because of people ignoring preventive measures. Even the Supreme Court has intervened to stop religious gatherings. The Union Home Secretary has pointed out that there has already been an increase in the R-factor (reproduction number) in some states. The R-factor indicates the speed at which the infection is spreading in the country.

Some scientists have projected that the third wave could arrive in the next two months if we did not become more cautious and break the cycle of the spread of the virus.

As on July 14, only about 31 per cent of the target population has received a single vaccine dose and just 7.7 per cent is fully vaccinated. This leaves a large part of the population vulnerable. It was being suggested that the third wave may affect more of children as they would remain vulnerable because vaccination has been offered to only the over 18 year group.

Data on this account is, however, conflicting. On the one hand, reports suggest an increase in the number of children getting infected in Pune (268 children among the new 2,065 Covid patients from July 1 to 7). On the other hand, a serosurvey from the PGIMER, Chandigarh, shows that over two-third of the children tested had already developed antibodies to the virus. Large serosurveys across different regions and different age-groups are needed to know what percentage of the population has been exposed to the virus infection.

India needs to monitor the emergence of new variants by genome-surveillance. Recent data from Kerala shows that 62 per cent of the cases were caused by the Delta variant, 26 per cent by Alpha, 8.24 per cent by Kappa and 2.7 per cent by Beta. The Alpha and Kappa proportion in Kerala is the highest in the country. In Maharashtra and the North-East, the overwhelming variant remains the Delta variant.

The Covid variants are also notorious for transgressing borders, through travel. Delta, which had originated in India, is now responsible for over 90 per cent of the infections in countries as diverse geographically as the UK, Indonesia and Russia. The Lambda variant, which originated in Peru, has been reported in only one Asian country: Israel.

To prevent the third wave, we must adhere to Covid-appropriate behaviour and avoid unwarranted travel, crowding and social gatherings. Vaccination coverage must be enhanced to break the vicious cycle of transmission, which, in turn, will decrease the likelihood of the emergence of new variants. There is a risk that one of the random mutations may turn out to be an “escape mutation”, which allows the virus to slip past the natural antibodies present due to past infections and existing vaccines.

This calls for a strict watch on the emergence of new variants. And, the faster we carry out universal vaccination, the more we can decrease the chance of “escape mutation”.