We have systematically undermined the academic traditions of our institutions 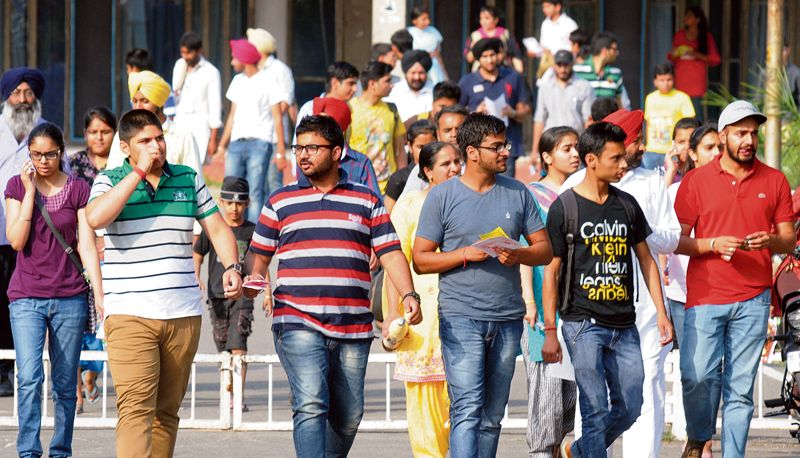 Rebuild: Should we not nurture and encourage high quality and affordable Indian universities that decolonise our consciousness? Tribune photo

In a mobile and globally interconnected world, the objectives and aspirations of higher education cannot remain confined to a fixed territorial boundary. Every sane educationist would concede that ideas, knowledge traditions, pedagogic practices and even research enquiries evolve and grow through continual cross-cultural/epistemological conversations and intellectual dialogues. Hence, there seems to be no apparent reason to oppose the idea of foreign universities establishing their campuses in India. As the latest draft law formulated by the University Grants Commission (UGC) indicates, the local campuses of foreign universities will be able to decide the admission requirements for both domestic and foreign students, the fee structure and the scholarship programmes. Moreover, these universities will have complete discretion over anyone they choose to hire as faculty/staff.

A nation can’t be a ‘vishwaguru’ if it loses confidence in its institutions, and depends on foreign universities to teach us lessons in physics, history, philosophy, finance, etc.

The members of the ambitious and aspiring class who love all sorts of international ‘brands’, and prefer to send their children abroad for higher education are bound to welcome this decision. And they would further argue that Indian universities are underperforming and incapable of nurturing the academic tradition of original thinking and research in science, technology and social sciences. And hence, if foreign universities among the ‘top 500 global rankings’ (I am not very convinced about the relevance of the mathematics of ranking, measuring and quantifying the value of education which is essentially a qualitative experience with politico-existential and philosophical connotations) begin to establish their campuses in India, there will be some sort of revolution in India in terms of pedagogic innovations and quality of research. While I understand their concerns, a disturbing question continues to haunt me: Why and how did we come to this stage that we have to believe that only foreign universities can salvage us? Why and how did we allow the systematic degradation and devaluation of Indian universities? It is sad that even the UGC Chairperson seldom bothers to raise and reflect on this important question. A nation cannot be great or a ‘vishwaguru’ if it loses confidence in its own institutions or remains pessimistic about their performances, and depends on foreign universities to teach us lessons in physics, geology, history, philosophy, management, finance and engineering.

In this context, as an insider with some experience in the psychology and academic culture of Indian universities, I wish to raise three issues. First, I have no hesitation in saying that many of us as professors and researchers have continually devalued ourselves; we have chosen to live with some sort of inferiority complex. Many of us — including great professors in top Indian universities — have behaved like Thomas Babington Macaulay’s children. We believe that everything ‘foreign’ — from publishing houses to academic journals — is good and preferable. As a result, we have never bothered to establish or nurture good Indian journals and publication houses. Not solely that. A foreign trip or a sabbatical at some Euro-American university seems to be seen as a mark of academic Brahminism. During the three decades when I was teaching, I never saw a professor from Yale or Cambridge or Harvard who bothered to come to our own university on sabbatical. Instead, here in India, our rat race is centred primarily on some trip to any foreign university at any cost. And these days, some of our glamorous private universities prefer young aspirants with foreign PhD degrees for recruiting as faculty. In a way, many of our top academics and intellectuals have often failed to decolonise their consciousness.

Second, an unholy alliance of the non-reflexive political class and corrupt/callous academic bureaucracy has played a devastating role in undermining the academic traditions of our universities. Imagine the state of our universities, which, for all practical purposes, have been reduced into mere degree-manufacturing machines without engaged pedagogy, meaningful research and culture of debate and dialogue. The lumpenisation of student politics, the controversial recruitment of vice-chancellors and all sorts of associated scams have created a milieu that is not conducive to the growth of a flourishing academic tradition. Even some of our reputed Central universities have been destroyed in recent times. When the obsessively ‘nationalist’ political establishment and its hired academic bureaucrats begin to abhor the tradition of free-floating intellectual and politico-cultural debate, how will it be possible to encourage the culture of critical pedagogy and meaningful research in science, liberal arts and social sciences? Does the UGC Chairperson bother to reflect on this issue?

Third, see the way we demotivate, demoralise and discourage some of our bright young minds who want to teach and do meaningful research. There is no dignity attached to the entire brigade of ‘guest lecturers’ and ‘ad hoc’ teachers who are often humiliated by the academic bosses, and compelled to live with chronic job insecurity. How is it possible for them to concentrate, and devote themselves wholeheartedly to teaching and research? Neither the UGC nor the state is bothered about this tragedy — the organised annihilation of young minds.

Well, in the era of global market, foreign universities are bound to come. But then, the moot question that is seldom raised is whether we too can nurture and encourage high quality and affordable Indian universities that decolonise our consciousness, heal our wounded selves, embrace the bright and young students/researchers from the historically deprived sections of this caste-ridden and class-divided society, transform education as a life-transformative experience, and move towards an inclusive, egalitarian, decolonised and self-confident society.