Criminal-politician nexus ingrained in our polity

The reason for partial or non-implementation of SC orders is clear. Criminalisation of politics has been packaged in such a manner as to appear beneficial for not only the political parties and criminals, but also for the constituencies that they seek to represent. The SC orders can at best have little effect on the ground. The poor constituent is more likely to know his MP, MLA, ward member or sarpanch than the judge who passed the order. 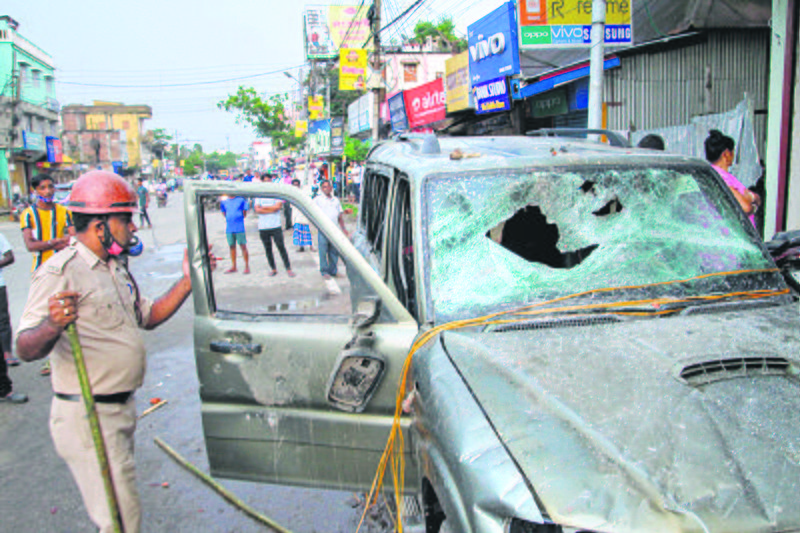 Tough task: Political will to implement the law has not been very encouraging. PTI

A great many matters of national importance have been drafted and legislated upon with much less judicial pronouncements, consultations and recommendations than has already been recorded with respect to criminalisation of politics. The SC has commented and ruled on the issue in multiple cases such as in UOI v ADR (2002), PUCL v UOI (2003), Lily Thomas v UOI (2013) and PUCL v UOI (2013). Notwithstanding these and other cases, which have been recounted in multiple opinion pieces, several commissions and committees have also examined the issue and proposed several amendments. In 1999, the 170th Law Commission Report (LCR) recommended that the Representation of the Peoples Act (RPA) be amended to require the declaration of pending criminal cases in which charges have been framed by contestants.

In 2001, the National Commission on the Working of the Constitution, identified the criminalisation of electoral processes as a major problem in the electoral process. In 2004 and in 2017, the Election Commission of India proposed that the RPA be amended to disqualify candidates accused of a serious crime and against whom charges have been framed from contesting election. In 2010, the Ministry of Law and Justice released a background paper lamenting the increased number of elected representatives against whom criminal charges were pending. In 2014, the LCR observed that criminalisation of politics had a negative effect on democracy and recommended a revised legal framework for disqualification of candidates. In 2015, the LCR noted that measures to decriminalise politics must precede the attempts to reform other aspects of electoral processes.

The problem of criminalisation of politics is a perfect example of law in books versus law in action and how the political will or the lack thereof influence the law-making processes. The ruling in Brajesh Singh’s contempt petition is testament to a spectacular failure of the executive and the legislature to comply with the earlier decisions of the SC. The court seems to be puzzled as to why its normative rulings are not finding an application in practice. The enquiry to answer also leads us to an explanation as to why a criminalised form of politics is here to stay with us, at least for the foreseeable future.

The Vohra Committee Report (1993) offers a detailed explanation. It observes that criminals enjoy the patronage of local politicians; politicians become leaders of gangs and get elected to local bodies; exorbitant costs of contesting elections encourage a criminal-political nexus; and the functioning of investigating officers is impaired due to political pressure. This fact is also captured by Milan Vaishnav, who observes that while criminals were always involved in electoral processes as the muscle power of political parties, they moved to the core of politics after realising its benefits. He also notes that candidates with criminal antecedents have the financial prowess which increases their capacity to mount effective poll campaigns.

An explanation for the embrace of such politicians can be found in the ‘cycle of dependency’ speech (2014) by Raghuram Rajan. He proffers that the ‘crooked but savvy’ and ‘street smart’ politician is better at making the wheels of bureaucracy creak and helps make the poor constituent’s life just a little more tolerable. The voter is aware that one ‘idealist’ person willing to reform the system cannot change the system alone and therefore is ready to vote for someone who can ‘fix’ their problems.

The reason for partial or non-implementation of successive Supreme Court orders is therefore clear. Criminalisation of politics has been packaged in such a manner as to appear beneficial for not only the political parties and criminals, but also for the constituencies that they seek to represent. The SC orders in this regard can at best have little effect on the ground. The poor constituent in whose favour the SC has passed the order, is more likely to know his MP, MLA, ward member or sarpanch than the judge who passed the order. The representative is definitely more approachable to a constituent from rural Bihar than the SC based in New Delhi.

Even if an ideal representative would work towards resolving the voter’s problem in the long term, the constituent himself is satisfied with the ‘quick fix’ to his problem in the short term. The criminal-politician nexus is so well ingrained in our polity that the same will require gargantuan efforts to dislodge. The objective, while laudable, necessitates a concerted effort on the part of not only the executive, legislature and judiciary, but also the Election Commission of India, political parties and most importantly us — the voters. In any case, it appears that the voters have certainly not lost their patience, at least yet. Perhaps, we need to wait very long before the nation really loses its patience.