Dante Alighieri and the world : The Tribune India

Dante Alighieri and the world 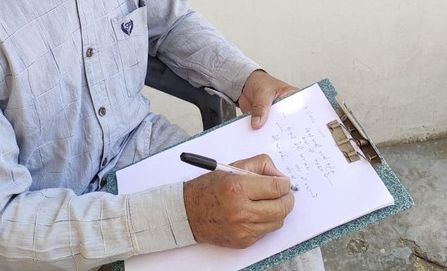 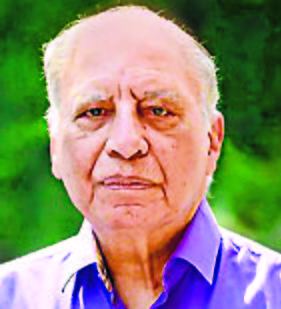 THE older poets saw as much of life, and the world they lived in, as we do. Since they had less distractions, they could concentrate on truths and falsity, belief and unbelief, good and evil, free will and determinism. These issues were more problematic to them. They believed in Hell, the Judgment Day. Excommunication for a Catholic or hookah-pani bund for a Kanojia Brahmin were almost death warrants. Life was a struggle and you negotiated between a blessing and a curse, the church was so strong and rigid. It could burn you at the stake — one is talking about the West.

There was the endeavour to untangle knots — truth and lie, sin and redemption, piety and lust. There was always the goal to risk all for truth. Take this tercet from Dante Alighieri:

a man’s to blame

Not to sit still, if he can, and

Or he’ll only cover his

Scribes and great TV anchors, who can give a spin to any development, should heed the lines. We need to take sides when truth stares you in the face. In Canto III, some angels did not take sides when Satan revolted, but timorously sat on the fence. They were placed lock, stock and barrel in Hell. The colourless mediocrities most of us are, get short shrift. He talks about the ‘sorry souls who won neither praise nor blame for the lives they led’. Of course, the first words we learnt of Dante’s Inferno, as students, were ‘All hope abandon, ye who enter here’, the inscription on the gates of Hell. During the lockdown, I thought that the three translations of Dante I possess should be put to good use. One hoards books and never reads them, though 20 years back I had read Dorothy Sayers’ fine translation of Inferno my father had left me. Michael Palme’s translation is better. What Dante did was mind-boggling. The entire European civilisation was placed before the reader, from Greek legends onwards. You have a full canto on the Dis, which is his word for the underworld. The river Lethe, Acheron the boatman who herds the souls who drop: ‘So from the bank there one by one drop all… As drops the falcon to the falconer’s call.’ The eighth circle gets flatterers (half our political parties would be in trouble, praising the 8 pm lockdowns, or the two-line denunciations by Rahul G). There are also soothsayers in the same circle (good grief, our Chandraswamis with red tilaks and rudraksh malas!). Actually, you can’t honestly exclude we Indians from any inferno you can devise.

The first line of Inferno — ‘In the midway of this our mortal life’— is memorable, with Dante getting lost in a wood. It was the year 1300 and he was 35, in the exact middle of his life. He had to work hard on the schema. First chart out the Hells, the journey along the nine circles, with the great Tuscan poet, Virgil, in the lead. Later, of course, he had to incorporate the entire penal code as we know it. Dante did as good a job as Macaulay did for us (now much maligned for his minute).

To emphasise the point, upper Hell dealt with incontinence, lust, gluttony, avarice and anger. He had to keep well within the confines mapped out by medieval Christianity. If you stepped out, you could burn at the stake. He loathed some of the Popes, but Dante sent them to his poetic Hell only after they had kicked the bucket. Dante went as a delegate from Florence to meet the Pope, but no account exists of the meeting. The lower Hell starts with heresy, then violence — tyrants, murderers, et al. There is violence against God, meaning blasphemers; against nature, meaning sodomites; against art — plagiarists. Some of our principals and VCs would be numbered in Hell for what they copied in their useless papers, without acknowledgement. (Incidentally, adulterers were those with many gods, not necessarily those with many women!)

Not that he is niggardly in praise. Canto IV is devoted to honouring the great, from Homer ‘sovereign of all bards’, then Horace the satirist, Ovid, and goes through Euclid, Empedocles, Hippocrates. And one Saracen is mentioned — Saladin. Incidentally, Dante ranked himself as sixth among the greats. Hubris? Not really. Iliad is a story, the Odyssey a work of great imagination. But Dante dissects a civilisation and holds it to account. No one else did that.

There are descents into the underworld, journeys treated by critics as homage to the past and an assertion of newness. The whole is to be read as an allegory. One could end with a quote from David Pike’s book Passage through Hell:

‘This is the key lesson of Dante’s Hell: critical reflection on the loss of hope engenders hope, immersion in images of falsehood reveals truth, descent leads to return.’