A dangerous twist in the relations between China and the US 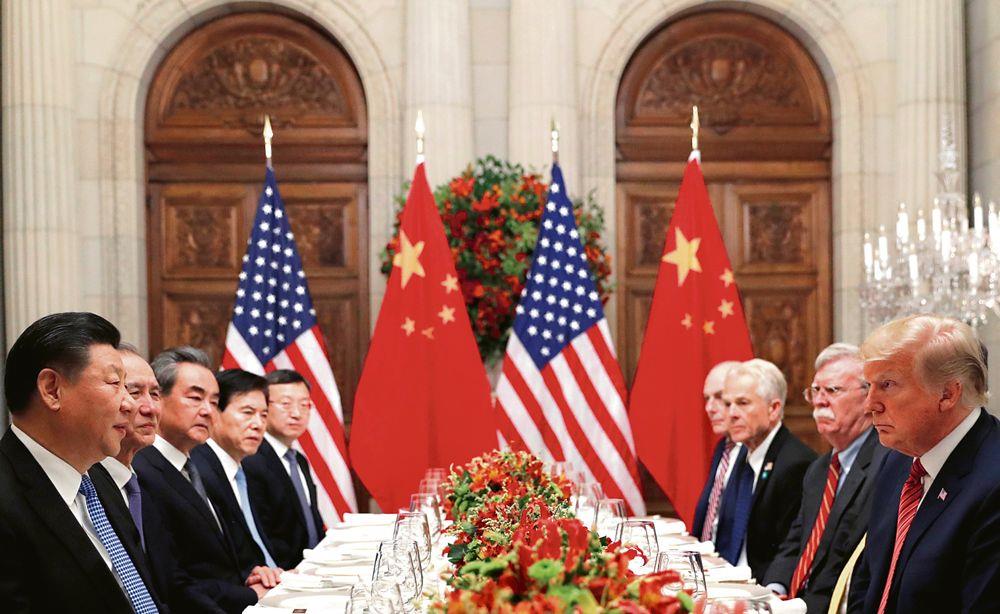 The Nadir: The US has woken up to the Chinese challenge too late.

In a speech at the Nixon Library on July 23, US Secretary of State Mike Pompeo referred to China as a ‘Frankenstein’, recalling a term which Nixon had used to describe China but that was before his historic visit to Beijing in 1972 and the forging of a de facto Sino-US alliance against the then Soviet Union. The speech declared an all-out confrontation with China as an ideological, economic and military foe. Pompeo and other senior officials have stopped using the country name China, targeting instead the Communist Party of China (CPC). Pompeo made a clear distinction between the CPC and the people of China whom he described as yearning for freedom and escape from oppression. This means open encouragement to dissent within China. Pompeo acknowledged that containment was not possible as China was deeply embedded in the global economy and that there would still be engagement but on the basis of ‘distrust and verify’. He envisaged an alliance of democracies to take on and defeat the CPC.

Pompeo’s speech follows the shutting down of the Chinese consulate in Houston and earlier hard-hitting anti-China speeches by US National Security Adviser O'Brien, Attorney General Barr and FBI Director Wray as a choreographed policy declarations.

Are these related to the forthcoming US presidential elections and for energising Trump’s right-wing base? They certainly are but they are creating a momentum that may be hard to reverse even if a Democratic president takes office next year. Richard Haas of the Council for Foreign Relations points out, ‘They want to reorient the US-China relationship towards an all encompassing systemic rivalry that cannot be reversed by the outcome of the upcoming elections. They believe this reorientation is needed to put the US on a competitive footing against its 21st century geostrategic rival.’

In which case, we are at the threshold of an extended confrontation between the two most powerful countries in the world. This will become the defining reality of this millennium, affecting strategic choices of countries across the world. These choices will be complicated by the loss of US credibility among allies and partners as well as among its adversaries. For China, too, its coercive tactics, unmitigated arrogance and display of narrow selfishness in its relations with states have provoked a strong pushback and resentment. The Covid-19 pandemic’s origins in China and its initial mishandling and lack of transparency have served to undermine its credibility. China believes that power is its own persuasion but that is not enough for international leadership. The US may be trying to regain its leadership position by belatedly conjuring up an alliance of democracies. China is trying to sell its superior model that has brought it power and prosperity. The US has woken up to the Chinese challenge too late. China has discovered that it may have declared victory too early. This ensures that we will be in an unstable and unpredictable geopolitical environment buffeted by the ups and downs in China-US relations until one prevails over the other or they reach an understanding over spheres of influence of the kind that kept the balance and relative peace between the US and the Soviet Union during the Cold War. In deciding how to locate itself in this difficult environment, India must be mindful of either possibility. There is an argument that India’s interests may be better served being part of a concert of democracies. When there is a convergence of interests with another major power, shared values of democracy reinforce the convergence. If interests are not aligned, then shared democratic values cannot transcend lack of convergence. That was the story of India and the US being ‘estranged democracies’ because our interests during the Cold War were not aligned. Contrary-wise, the lack of shared political values did not prevent India and the Soviet Union from enjoying a 30-year-long strategic partnership.

India and US interests are currently aligned. India should take advantage of US-China tensions to advance its interests. This will have deterrent value against China and also open the door to greater flows of US capital and technology to India. The aim should be to utilise this opportunity to build India’s economic, military and technological capabilities with the support of the US, and also with countries like Japan and Germany. States worried about the implications of a dominant and aggressive China want India to succeed and support India’s emergence as a front-ranking countervailing power to China. This is a most favourable international environment for India. But India must want to succeed and to step up to the plate. Talking up India and a pretense to power that we do not currently have only serves to undermine our credibility and detracts from the need to undertake urgent reforms, promote a broad political consensus for the difficult, and sometimes perilous journey that lies ahead. We cannot have it all, so hard choices must be made. Choices which must be made in New Delhi than in other capitals of the world.

India’s success as a plural democracy has been a significant asset in its external relations. This is not because it has been good for image-building but because it has been the bedrock of its fierce sense of independence and resilience underpinning its pervasive national unity and solidarity. We are in danger of depleting that asset as politics seeks to divide people, as we descend into benchmarking ourselves with a failing Pakistan rather than a rising China, all because of the compulsions of a communally driven political dynamic. A strong leader and a powerful government do not always translate into a strong nation. As the Chinese are beginning to discover, power does not always persuade but the ability to persuade can be powerful indeed, both at home and abroad.