There is a myth that his recognition in India followed his acclaim by the West. Before Pather Panchali (1955) won an award at Cannes, the film had played to full houses in Calcutta. Within a month of its release, Ray and others involved with it were feted at the Calcutta University Senate Hall by intellectuals of the city. Everyone in Bengal acknowledged that someone with extraordinary talent, seeking to break from the past and herald a new era, had arrived on the scene. 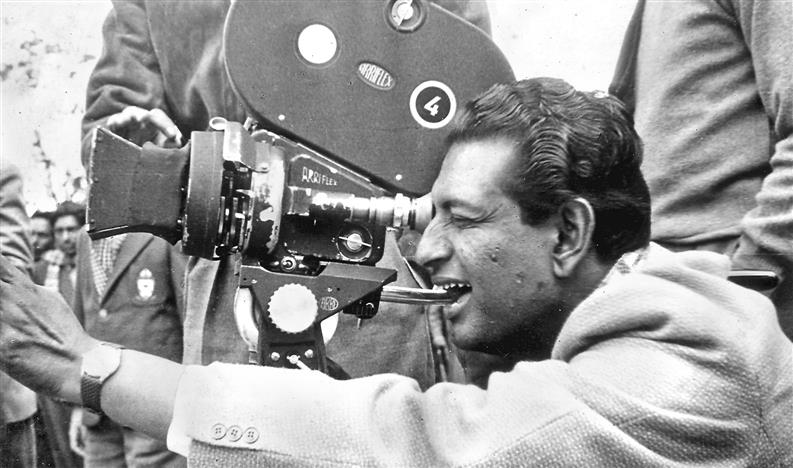 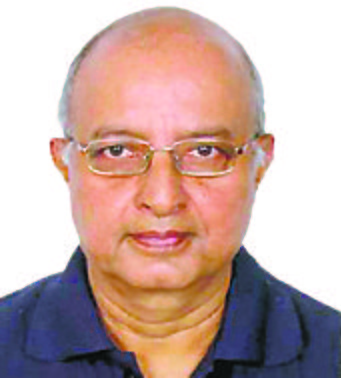 THE birth centenary of Satyajit Ray (1921-1992) is an occasion to reflect on his creative output, mainly in cinema, as also in literature and related art forms. So far, the response has largely been unalloyed admiration in Bengali-speaking areas, and a respectful indifference in the rest of India, except among filmmakers and cinema enthusiasts. In the West, respect for Ray remained undimmed, but acclaim started waning for his later films. All this can be partially explained through the myths and images associated with the Ray phenomenon.

The first myth is that his films deal with poverty, perpetuated by Nargis Dutt’s puerile remark in Parliament in 1980, accusing Ray ‘of distorting India’s image abroad’. Ray’s biographer Andrew Robinson quotes her from an interview, “Ray portrays a region… which is so poor that it does not represent India’s poverty in its true form', that people abroad 'want to see India in an abject condition… and a film that confirms that image seems to them authentic…” and the like.

Unfortunately, to viewers not exposed to the range of Ray’s oeuvre, this wrong labelling seems to have stuck. Actually, of his 29 feature films covering most strata of society from the mid-19th to the late 20th century, three or four use poverty as a backdrop.

The second myth is that his recognition in India followed his acclaim by the West. Before Pather Panchali (Song of the Road, 1955) won an award at Cannes, the film had played to full houses in Calcutta. Within a month of its release, Ray and others involved with it were feted at the Calcutta University Senate Hall by poets and intellectuals of the city. Everyone in Bengal, including veteran filmmakers, acknowledged that someone with extraordinary talent, seeking to break from the past and herald a new era, had arrived on the scene.

Quickly, his fame started spreading throughout India. While Ray’s adventure to explore new themes and styles and experiments with this medium in order to expand its expressivity ended only with his death, most of the accolades, both popular and critical, came from his countrymen first. His films continued to win the best national awards and kept an expanding audience glued to their seats even after the West failed to appreciate many of his films after the mid-1960s. However, the Academy award (Oscar) was announced before the Bharat Ratna.

The third myth is that his films after Charulata (The Lonely Wife, 1964), except for brief interludes, did not scale the artistic peak that the earlier ones like the Apu Trilogy (1955-59), Jalsaghar (The Music Room, 1958), Devi (The Goddess, 1960), Kanchenjungha (1962) and Mahanagar (The Big City, 1963) did. It has been argued that the absence of music directors like Ravi Shankar, Vilayat Khan and Ali Akbar Khan and cinematographer Subrata Mitra was conspicuously felt in his later films. This is contestable in light of the outstanding music of most of his films since Teen Kanya (Three Daughters, 1961), and high-quality camerawork in films like Shatranj Ke Khilari (The Chess Players, 1977).

Admittedly, the world noticed Ray’s spectacular emergence through his early films. The impact was so dazzling that spectators and critics, mostly in the West, found it difficult to cherish when Ray started charting new grounds with contemporary themes, as in the Calcutta trilogy, or with the musical, satirical and fantasy genres. As a conscientious artiste, he sought to handle the harsh contemporary reality, often directly and sometimes through the veil of fantasy. This Ray, many found, was different from the earlier Ray they adored. But a careful observer would notice the hallmarks of Ray’s genius informing virtually all his films, surface dissimilarities notwithstanding.

Another myth was that he was essentially an art filmmaker, appealing largely to a sophisticated audience. This is untrue as all his films would testify. Rejecting the artificial distinction between ‘art’ and ‘mainstream’ cinema, Ray made it clear that he considered cinema as the highest form of commercial art. He had drawn inspiration from stalwarts like Charlie Chaplin, Jean Renoir, John Ford and Billy Wilder. All of Ray’s films met with popular success with the viewers he had in mind, primarily in Bengal; some were superhits.

In his convocation address at the Film and Television Institute of India, Pune, in 1974, Ray said, “… Since a film cost a great deal of money to make, it had to be seen by a great number of people for the money to be recovered… Some of the commercial films were good, some were bad… I had my own definition of a bad film — it was a film which failed to achieve its objectives….” Blaming the public for failing to rise to the level of a film was unacceptable to him. He said, “This will be the cinema of young filmmakers who know their jobs, who love the medium for its own sake, who are able to resist the temptations of big money and quick success, who have something to say about their own country and their own generation — something that arises out of a feeling of being rooted here, and who however much they have absorbed their Bressons and Godards and Antonionis, are yet aware that they have to communicate not with Frenchmen and Italians, but with their own countrymen.”

This was straight from his heart. One understands why Ray praised his contemporary Ritwik Ghatak who remained uninfluenced by him, and directors like MS Sathyu, Shyam Benegal and Adoor Gopalakrishnan, while sounding a note of caution to some other debutants.

Though Ray’s primary audience comprised educated Bengalis, his vision and originality, command over every aspect of filmmaking, truthfulness and attention to detail, and his innate musical sense combined to create a product that appealed to viewers all over the world. His style converted the local into a universal experience and created beauty even in the ordinary. Consequently, his influence on filmmaking extended beyond the shores of our country.

In 1929, Rabindranath Tagore wrote (quoted by Chidananda Dasgupta in The Cinema of Satyajit Ray, 1980), “Music fulfils itself in its autonomous flow of notes, without the help of words; why should not the cinema, with its flow of images? If this does not happen, it is because of lack of creativity…” This medium had to wait long for Ray to arrive with his luminous work. When the Time magazine commented on Mahanagar that, “The harrowing beauty of Satyajit Ray’s film is a quality both evanescent and palpable, as if the Indian director had found a way to take the lens off his camera and allow life itself to touch the raw film…,” the reviewer was expressing a deeply felt truth.

Ray’s centenary should provide us an opportunity to discover this truth, and also the one great creative spirit of post-Independence India.