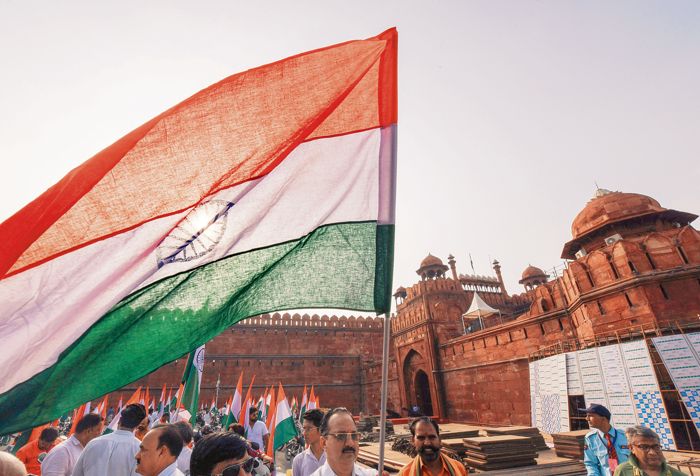 Looking for options: Our political pundits have been more cynical than our electorate, which wants change, and is chasing the mirage of political idealism. PTI 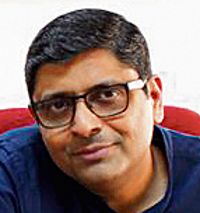 The foremost question in the minds of political observers on the 75th anniversary of India’s Independence is about the future of its democracy. Is India on a perilous path of majoritarian rule? Is political Hinduism or Hindutva going to be the tool of authoritarianism in the days to come? Many political scientists have written off Indian democracy as some sort of an oxymoron and are busy coining terms like undeclared emergency, ethnic authoritarianism, electoral dictatorship or even outright fascist one-party rule. But a closer analysis of the Indian situation would belie such intellectual acrobatics of the ousted elite of a failed establishment.

Even the Hindi heartland would dump Hindutva if a credible alternative offers hope and change.

In the North, J&K cannot be ruled by Hindutva simply because of the lack of a Hindu majority. In Punjab, despite over 40 per cent Hindu population, the BJP won just two seats out of 117 and a measly 6.6 per cent votes. The AAP’s dazzling foray into Punjab was backed by its delivery, packaged in the Tricolour, in Delhi, where BJP’s Hindutva had failed again. ‘From Kashmir to Kanyakumari’ is how generalisations are dished out for everything, from pickles to politics. Interestingly, the BJP’s situation in Tamil Nadu is worse than it is in J&K: In 2021, it won just four seats despite partnering with the ruling party. Many in the AIADMK believe that their party was reduced to 66 seats only because of the BJP. Many in North India do not realise that Tamil Nadu is the repository of ancient Hindu temples and practices — so, staunch believers with religious markings on their forehead have voted in the DMK.

But for Karnataka, there is not a single BJP government in South India. It drew a blank in the 2021 Kerala Assembly poll; the Vijayan government is surviving primarily because of the reasonable attitude of the Enforcement Directorate, which refuses to question the CM or his family in the gold smuggling case. The saffron party could not win a seat in the Andhra Pradesh Assembly election in 2019 and won just one in the Telangana Assembly poll in 2018, when Majlis-e-Ittehadul Muslimeen, the party of political Islam, won seven seats.

In the West, the ugly saga of a mandate first being stolen from the single largest party and then stolen right back by the single largest party with a new Maratha satrap riding the Trojan horse has only proven that Indian democracy is alive and frolicking in all its filthy love for the lucre. In the East, Mamata Banerjee’s Trinamool Congress won 213 seats out of 292 last year, making mincemeat of the BJP’s Didi-o-Didi campaign.

Even when political Hinduism is pitted against political Islam — as in certain constituencies of Telangana or Kerala — or where another religious ideology is at play, as during Punjab’s latest bypoll (won by a religious secessionist), Hindutva is often not even a factor. Our political pundits have been more cynical than our electorate, which wants change and is chasing the mirage of political idealism. And that is the only reason the BJP is not even in the reckoning in the states where it cannot offer change or a credible alternative. Its Hindutva cannot compete with a vibrant rival. That is the only reason it becomes a marginal player in most southern states. Even where it has gobbled up the Opposition space from the Congress, like in Odisha, the BJP has not been able to shake the people’s faith in a performing CM.

Even the much-derided dynastic politics is not a deterrent, as is proven in Tamil Nadu, Andhra Pradesh or even Odisha, where Naveen Patnaik’s astute administrative mechanism is wrapped around his father Biju Patnaik’s legacy. Hindutva works only where the opponents are weak, self-serving and greedy beyond political goals. And, it works against the Congress as it is drifting in search of an identity. It is politically fashionable to hail Rahul Gandhi as the only Opposition leader who has taken on the RSS and Hindutva. But has he? He had to abandon his family’s pocket borough and its electoral legacy to seek refuge in a hilly constituency dominated by Muslim and Christian voters. So, if he is identifying himself with Muslim and Christian voters and representing them in Parliament, how is he taking on an organisation that represents Hindus? Identity politics cuts both ways and is proving to be more helpful to larger communal identities than smaller groups. Rahul is only politically and ideologically legitimising religious identity politics and thereby validating the RSS, the most successful practitioner of this brand of politics, by banking on Muslim and Christian voters of Wayanad.

The Gandhis still have not answered the question of representation. Who do they represent in terms of the identity politics they always practise? The minorities? The Muslims and the Christians have their own parties and do not need the Gandhis. Rahul needs Muslim League and Kerala Congress (a Christian party not to be confused with INC) voters more than the latter needing his endorsement. The Congress ought to be representing larger groups and hence should have a peasant caste or an OBC president — an Ashok Gehlot or a Bhupinder Hooda, someone who is a fulltime politician. Indian democracy badly needs a strong dose of grassroots, representative politics, as against identity politics. Even the Hindi heartland would dump Hindutva if a credible alternative offers hope and change.