India will start ageing soon, with average age slated to reach 38.1 years in 2050 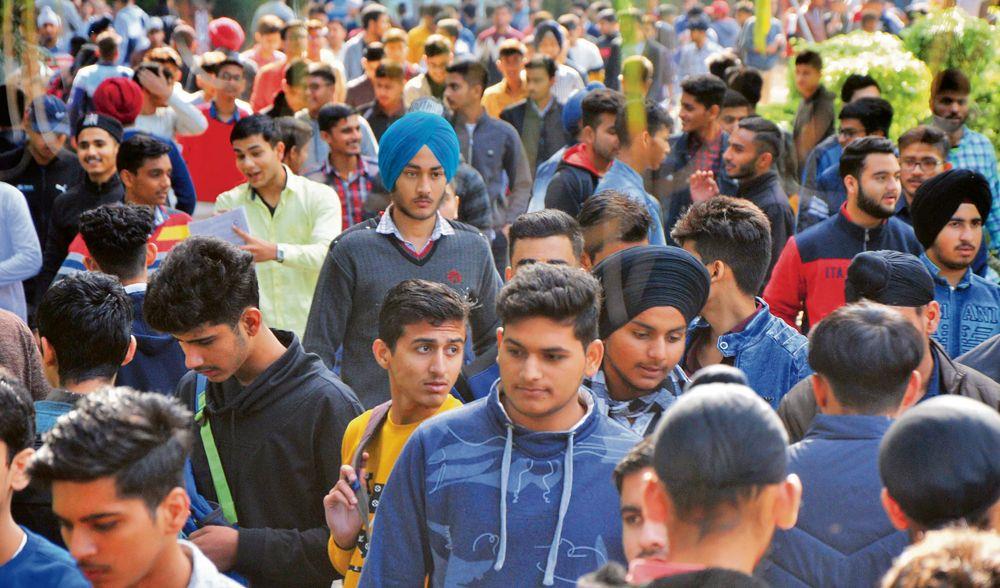 Tap it: The key to leveraging the demographic dividend is to expand manufacturing. PTI

India@75 is on the threshold of becoming the most populous country at over 1.4 billion people. The large population has not been a constraint on India achieving remarkable successes in its economic and social development so far and these are reasons to celebrate. India still has a relatively productive age profile: 50% of its population is below the age of 25 and average age of the population as a whole is 28.7 years as compared to 38.4 years in China and 48.6 years in Japan. However, India, too, will start ageing soon, with its average age slated to reach 38.1 years in 2050. The so-called demographic dividend is a declining asset. The next 25 years, with India@100 as the next marker, may determine whether India will stagnate eventually in a middle-income trap or whether it will cross the threshold into a high-income prosperous country.

The next 25 years may determine if India will stagnate or cross the threshold into a high-income, prosperous nation.

Countries which have been able to leverage their demographic dividend phase have done so through a significant and sustained transfer of labour from less productive agriculture to the more productive industrial and service sectors. This is paralleled by increasing urbanisation since manufacturing and service jobs are located in urban areas. We have seen the process unfold clearly in China’s trajectory of high growth for four decades since 1978. Only 7.3% of China’s GDP is generated by agriculture, while 40% is from manufacturing and 53% from services. The key to leveraging the demographic dividend is to rapidly expand manufacturing. Manufacturing in India constitutes only 15% of the GDP and has remained stagnant. The service sector in India constitutes over 50% of the GDP, about the same as China. The prospects of further significant increase in employment in the service sector is therefore limited. Is there any prospect for India to raise the share of manufacturing, thereby creating more productive jobs in the next 25 years? This remains the key challenge.

According to economic theory, a country’s development strategy should take into account its resource endowment. If it is a country with abundant labour resources, such as India, the optimal strategy would be to incentivise labour-intensive manufacture. That does not seem to be the case. If you take the Production-Linked Incentive (PLI) scheme, worth Rs 2 lakh crore in the 2021-22 Budget, it is heavily weighted in favour of capital and technology-intensive industries, such as IT hardware, electronics, pharmaceuticals and medical devices, automobiles and textiles. Except for textiles, there may be relatively little employment generation. It is claimed that the PLI scheme would generate 6 million jobs but it is not clear how this figure has been arrived at and over what period it is likely to be achieved. The objective appears to be to create national champions which may be able to achieve import substitution and increase higher value exports.

There is a steady shift of a wide range of labour-intensive industries, chiefly textiles, electronics and consumer durables from China due to rising wages but also in order to reduce exposure to China because of rising geopolitical risks. Despite the scale the Indian economy offers, only a small percentage of the investment has migrated to India. Most have gone to Southeast Asia, chiefly Vietnam and Bangladesh. India is unable to attract investment which will help transform the country into a competitive manufacturing base for exports. Most foreign investment coming to India, although substantial, is for accessing the domestic market. Higher tariffs are welcome to such foreign investors but not to those who wish to manufacture for export. This needs to change. Countries like the US, Japan and Australia, who are India’s partners in Quad, are already looking to create reliable supply chains away from China. So are countries in Europe. India has a golden opportunity to leverage a favourable geopolitical moment into a long-term economic opportunity.

Not only does India have a benign geopolitical moment that it could leverage to its benefit, but also it has a rare and favourable domestic political advantage. The ruling party enjoys majority in Parliament and is headed by a PM who enjoys wide popularity and unquestioned authority. This is rare in a multi-party democracy. It should be possible to bring about structural economic reforms and a regulatory make-over to enable India become the most reliable and preferred destination for the inflow of capital and high-end technology. In the past, it used to be said India reforms through stealth. Now, we have a political leader who has been open in welcoming foreign capital and technology. He has promoted digital economy and startup culture. Politics today need not be a constraint on economic policy. It is also necessary that India’s social cohesion is not disrupted by inimical forces. Its success as a vibrant plural democracy remains its calling card internationally.

India will also need to ensure that its economic strategy is environmentally sustainable and does not risk running into an ecological dead-end. The often-perceived trade-off between environment and development is a false one. India is still at a stage where much of its infrastructure remains to be built. It is not locked into an energy and resource-intensive pattern of growth. This offers an opportunity to pioneer an alternative growth strategy. This is also an area where we may benefit from the more advanced knowledge and technology that our key partners possess. A climate partnership with them would be a constructive initiative.

This is a rare moment in our recent history when several major powers and other regional actors in Asia wish to see us succeed and to emerge as a credible countervailing power to China. This moment may fade away as geopolitical shifts continue to take place in unpredictable ways. The journey from India@75 to India@100 may become an even more momentous chapter in our history. The choice is for us to make.